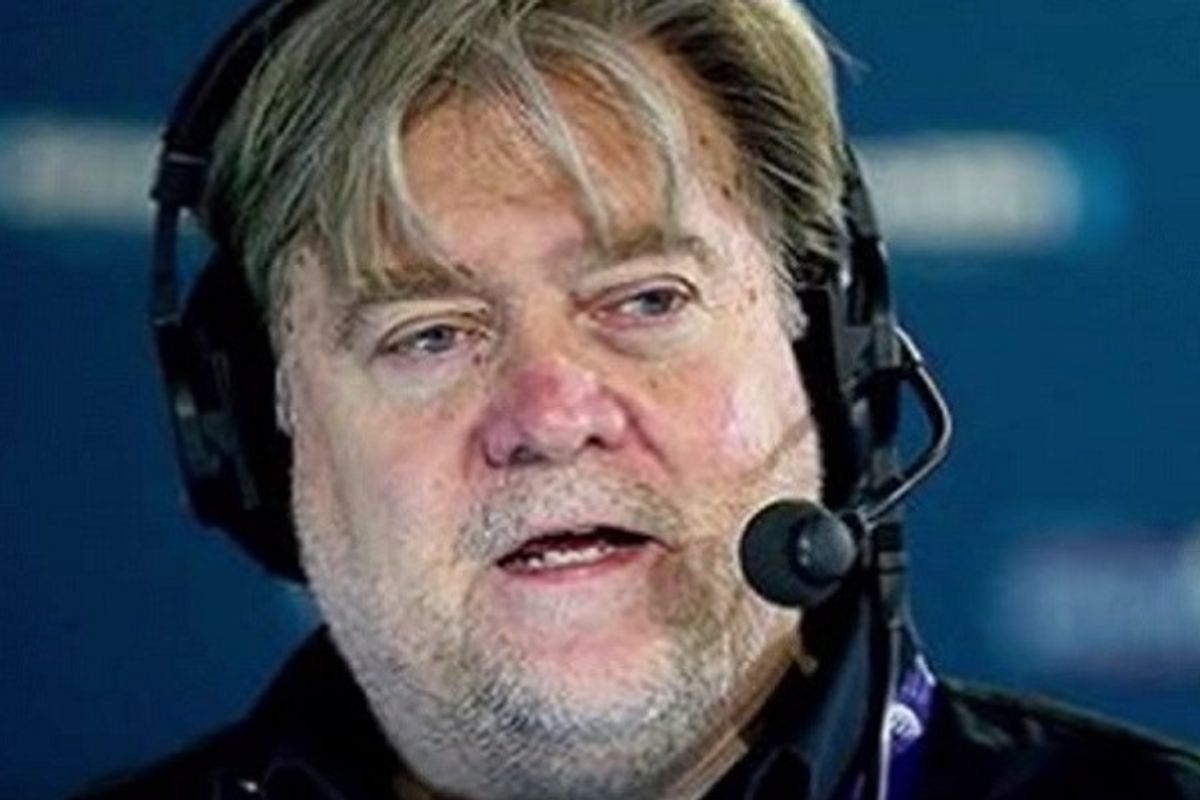 On 13 November 2016, President-elect Donald Trump tapped Steve Bannon, the head of the controversial, politically conservative web site Breitbart, to serve as his White House chief strategist. The move was immediately condemned by many as evidence that Trump was welcoming support from white supremacists as he prepared to take office. Bannon took a leave of absence from Breitbart in August 2016 to lead Trump's ultimately victorious campaign.

The Southern Poverty Law Center, a civil rights advocacy organization, described Breitbart as having taken a shift in the year leading up to the 2016 election toward what has become known as the alternative right, or alt-right, "a loose set of far-right ideologies at the core of which is a belief that 'white identity' is under attack through policies prioritizing multiculturalism, political correctness and social justice and must be preserved, usually through white-identified online communities and physical ethno-states."

The hiring of Bannon was bound to elicit a strong response, as he is a controversial political figure even among conservatives. While Daily Wire editor-in-chief, former Breitbart editor, and vocal Bannon critic Ben Shapiro called the claims that Bannon is racist "overstated," he noted that Bannon has nonetheless courted the alt-right and the anti-Semitism and racism that go along with it, and he will do so as long as it serves his purposes:

I have no evidence that Bannon’s a racist or that he’s an anti-Semite; the Huffington Post’s blaring headline “WHITE NATIONALIST IN THE WHITE HOUSE” is overstated, at the very least. With that said, as I wrote at The Washington Post in August, Bannon has openly embraced the racist and anti-Semitic alt-right — he called his Breitbart “the platform of the alt-right.” Milo Yiannopoulos, the star writer at the site, is an alt-right popularizer, even as he continuously declares with a wink that he’s not a member. The left’s opposition to Trump, and their attempts to declare all Trump support the alt-right have obfuscated what the movement is. The movement isn’t all Trump supporters. It’s not conservatives unsatisfied with Paul Ryan, nor is it people angry at the media. Bannon knows that. He’s a smart man, not an ignorant one. The alt-right, in a nutshell, believes that Western culture is inseparable from European ethnicity. I have no evidence Bannon believes that personally. But he’s happy to pander to those people and make common cause with them in order to transform conservatism into European far-right nationalist populism. That means that the alt-right will cheer Bannon along as he marbles Trump’s speeches with talk of “globalism” — and that Bannon won’t be pushing Trump to dump the racists and anti-Semites who support Trump anytime soon. After all, they love Bannon — actual white supremacists like Peter Brimelow called his August appointment “great news,” and Richard Spencer explained, “Breitbart has elective affinities with the Alt Right, and the Alt Right has clearly influenced Breitbart. In this way, Breitbart has acted as a ‘gateway’ to Alt Right ideas and writers. I don’t think it has done this deliberately; again, it’s a matter of elective affinities.” That doesn’t mean Bannon will push racist or anti-Semitic policy, or that he’ll be anti-Israel himself — unless it serves his interests.

Bannon led Breitbart after the death of owner Andrew Breitbart in 2012 until August 2016. Some headlines that appeared in the publication under his helm included "Bill Kristol: Republican Spoiler, Renegade Jew"; "A Short List of Black Lives Matter’s Cop-Killing Heroes"; and "Birth Control Makes Women Unattractive and Crazy."

A message we sent to the Trump campaign seeking comment on Bannon's hiring has not yet been answered. Newt Gingrich, a long-time Republican figure and Trump adviser, told the Fox News talk show "Fox & Friends" that Bannon shouldn't be blamed for Breitbart's content:

They now want to come back and say that anything that anybody ever published in Breitbart is Steve Bannon. That’s baloney. That would be like accusing the publisher of The New York Times of being responsible for the dumbest thing his newspaper ever did, which would be a lot of things, by the way.

In August 2016, when Bannon was hired to lead Trump's campaign, media outlets reported that his former wife had stated in divorce filings that Bannon had made derogatory statements about Jewish people. According to several news outlets, Mary Louise Piccard quoted him in 2007 divorce records as saying he didn't want the couple's children attending Archer School for Girls in Los Angeles because of the number of Jewish children there, :

The biggest problem he had with Archer is the number of Jews that attend... I told him that there are children who are Jewish at (a competing school), and he asked me what the percentage was. I told him that I didn't know because it wasn't an issue for me as I am not raising the girls to be either anti-Semitic or prejudiced against anyone.

A spokeswoman for Bannon told the New York Daily News that he "proudly" sent his children to Archer and never made the anti-Semitic comments in question.