Organizers say the state's economy is large enough for California to become a sovereign country. 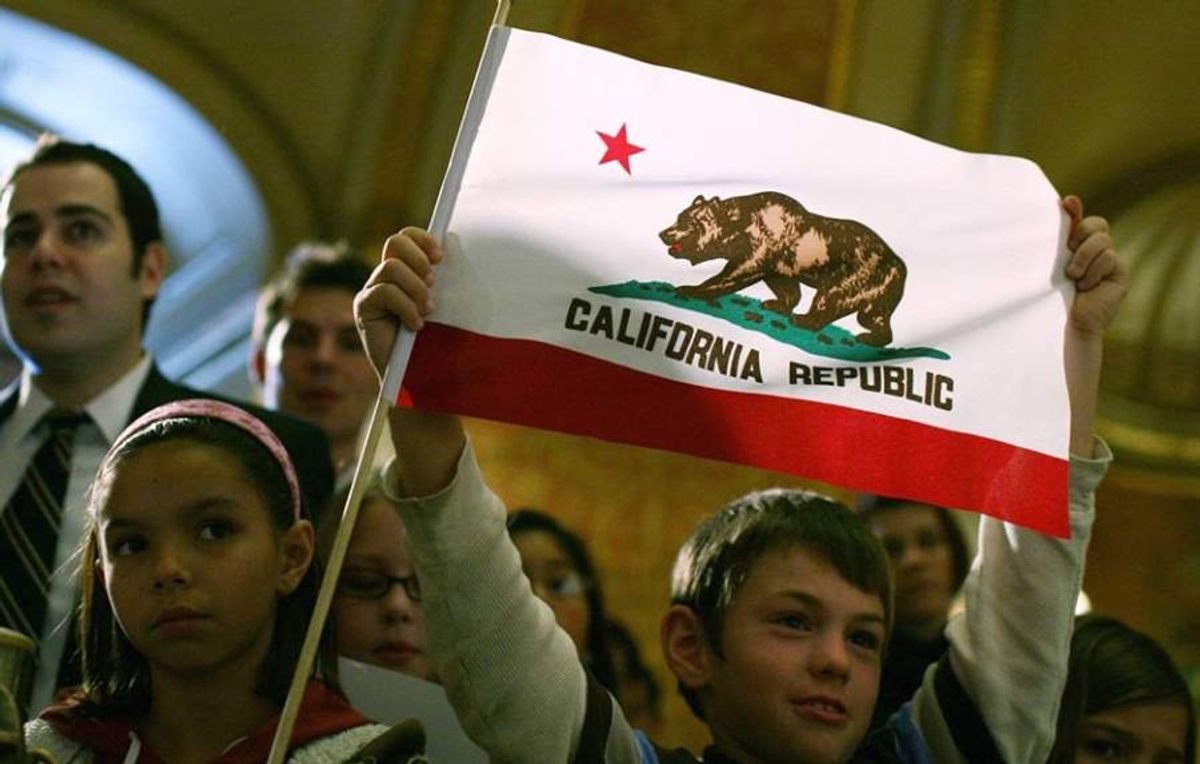 Organizers of a campaign calling for California to leave the U.S. are hoping to capitalize on the election of Donald Trump to the presidency.

The Yes California campaign — also known as "Calexit" — is urging state residents to support a 2019 referendum advocating the state's secession. The campaign's web site vows to put the issue to a vote after qualifying for a state ballot initiative in 2018:

In our view, the United States of America represents so many things that conflict with Californian values, and our continued statehood means California will continue subsidizing the other states to our own detriment, and to the detriment of our children.

Although charity is part of our culture, when you consider that California’s infrastructure is falling apart, our public schools are ranked among the worst in the entire country, we have the highest number of homeless persons living without shelter and other basic necessities, poverty rates remain high, income inequality continues to expand, and we must often borrow money from the future to provide services for today, now is not the time for charity.

The campaign also published a map showing California reconfigured into 16 states if it were to secede: The case for CalExit is based in part on the premise that the state's economy is the sixth-largest in the world, based on reports showing a gross domestic product of more than $2.4 trillion in 2015.

If California established sovereignty, the campaign argues, it would be able to implement educational and healthcare-related programs addressing the state's issues while retaining Social Security and Medicare rights for residents, since they would be dual citizens of both California and the U.S.

However, the state's non-partisan Legislative Analyst's Office found that, once cost of living is factored in, the state drops from sixth to eleventh:

The Supreme Court's ruling in Texas v. White in 1869 stipulated that no state can leave the U.S. "except through revolution or through consent of the States." However, not only have activists there continued to make the case for secession, but a group of rural counties in southern Oregon and northern California have proposed forming their own state, Jefferson.

On 21 November 2016, Yes California filed a proposed ballot measure for the "California Independence Plebiscite of 2019" to the state Attorney General's office. The proposal calls for a March 2019 vote on whether the state should secede. It also calls for Article III, Section I of the state constitution to be repealed. That section states:

According to the campaign, the proposal requires 585,407 valid signatures in order to quality for the November 2018 ballot. Yes California stated that it intends to begin collecting signatures following the inauguration of President-elect Donald Trump in January 2017.

In the event the 2019 vote takes place, the proposal requires that at least 50 percent of the state's registered electorate votes on the issue. If that occurs, at least 55 percent of voters would have to support secession for the state to "declare independence."

Yes California announced in an email to supporters on 16 January 2017 that it would "begin running pro-independence candidates to local, county, and state offices" under the umbrella of the Californian National Party. Describing the party as "a progressive group at heart," the email identified some of its policy stances:

We also support universal healthcare, tuition-free education opportunities for all, green energy production, solutions for affordable housing and homelessness, closing the income gap, women's reproductive rights, the protection of LGBT rights, and we espouse peace as a priority.

The announcement follows Yes California opening a "people's embassy" in Moscow, Russia. The group said it partnered with a Russian group, the Anti-Globalization Movement of Russia, adding that the facility "does not serve any diplomatic function at this time."