The largest full moon in several decades won’t be surpassed until November 2034. 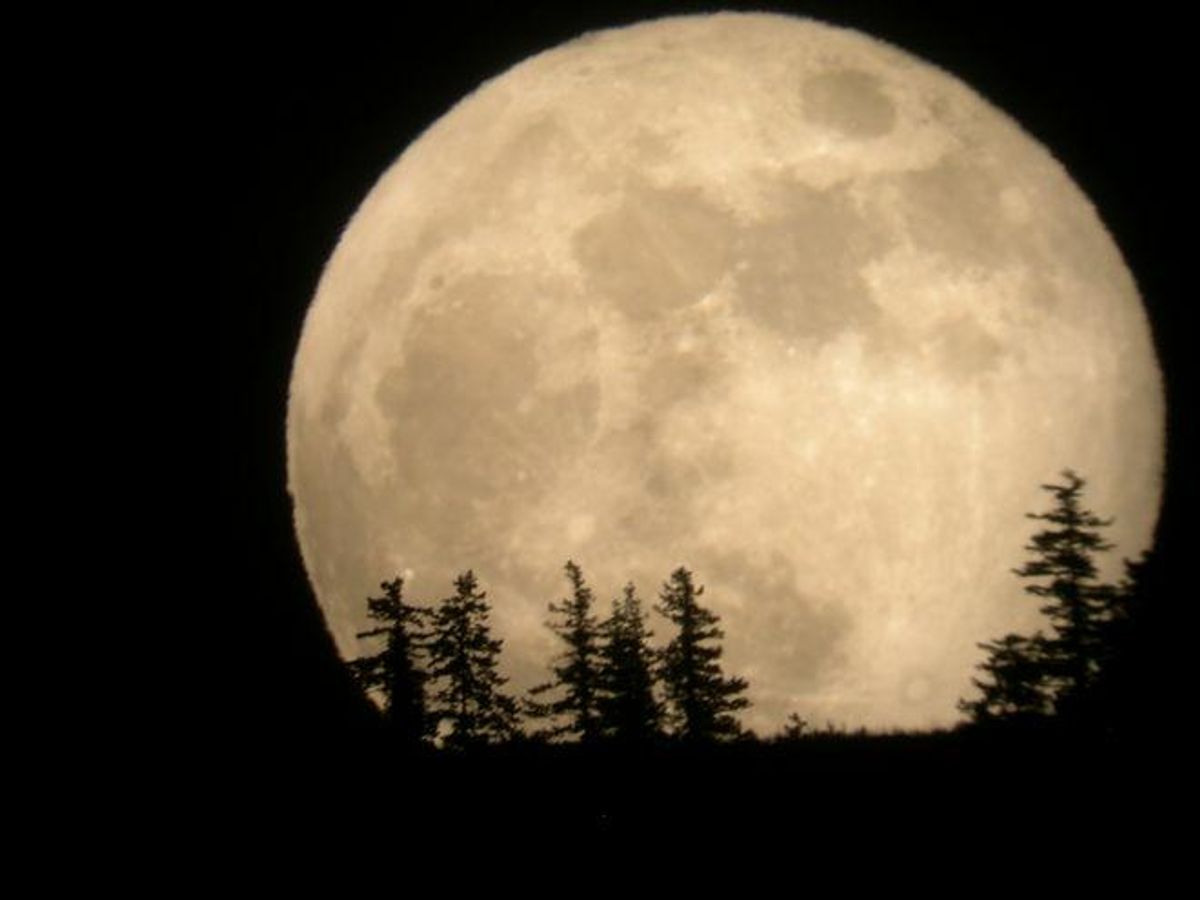 On 14 November 2016, the confluence of two celestial events will create what will appear to be the largest full moon (or a "supermoon") since Harry S. Truman was president of the United States:

The term supermoon has entered popular consciousness in recent years. Originally a term from modern astrology for a new or full moon that occurs when the moon is within 90% of its closest approach to Earth in a given orbit, supermoon now refers more broadly to a full moon that is closer to Earth than average.

Two events must coincide to create the experience of a supermoon. The first is the presence of a full moon (which occurs around every 29.53 days) and the second is the moon's closest approach to Earth, which occurs every 27.32 days:

Since the moon’s orbit around Earth is an elliptical shape, there are times when our lunar companion is closest to Earth. This is called perigee. This month, the perigee occurs Nov. 14 at about 6 a.m. [Eastern time] — within two hours of the moon becoming officially full — making this fun event an extra-super, perigee full moon.

This “extra-super rating” is no exaggeration — it is quite rare for these two events to peak within two hours of each other:

As a result of this confluence, the Moon will appear to be 14% to 30% larger, depending on where you view it from. Due to the timing of this phenomenon, however, viewers on the East Coast will just miss the peak supermoon, while viewers on the West Coast will get to appreciate its full glory:

The moon officially becomes full on Monday at 8:52 a.m. — it won’t be visible on the East Coast at the exact moment of fullness, but it will on the West Coast.

Due to an optical illusion, the moon will appear even bigger when viewed near the horizon with foreground objects in the field of vision. When’s the best time to view the supermoon in your area? According to CNN:

The moon will turn precisely full on November 14 at 1:52 p.m. UTC, or 8:52 a.m. ET. For viewers in eastern North America and Europe, the best view will likely be on the night of November 13, or the following night.

Early risers on the US West Coast should be able to spot it near its fullest at 5:52 a.m. PST, as the sun does not rise in that region until 6:25 a.m.

Moon spotters in Asia are perhaps the best placed to catch the moon at its absolute largest, with full moon occurring at 9:52 p.m. Hong Kong time, or 7:22 p.m. in India.

This event differs from last year’s “Super Blood Moon,” which, while smaller than the supermoon next week, included the addition of a lunar eclipse. There will also be another supermoon on 11 December 2016, but that event’s most notable achievement may be ruining ground views of the Geminid meteor shower.