The Clintons' charity confirmed they received Qatar's $1 million gift while Hillary was at the State Department. 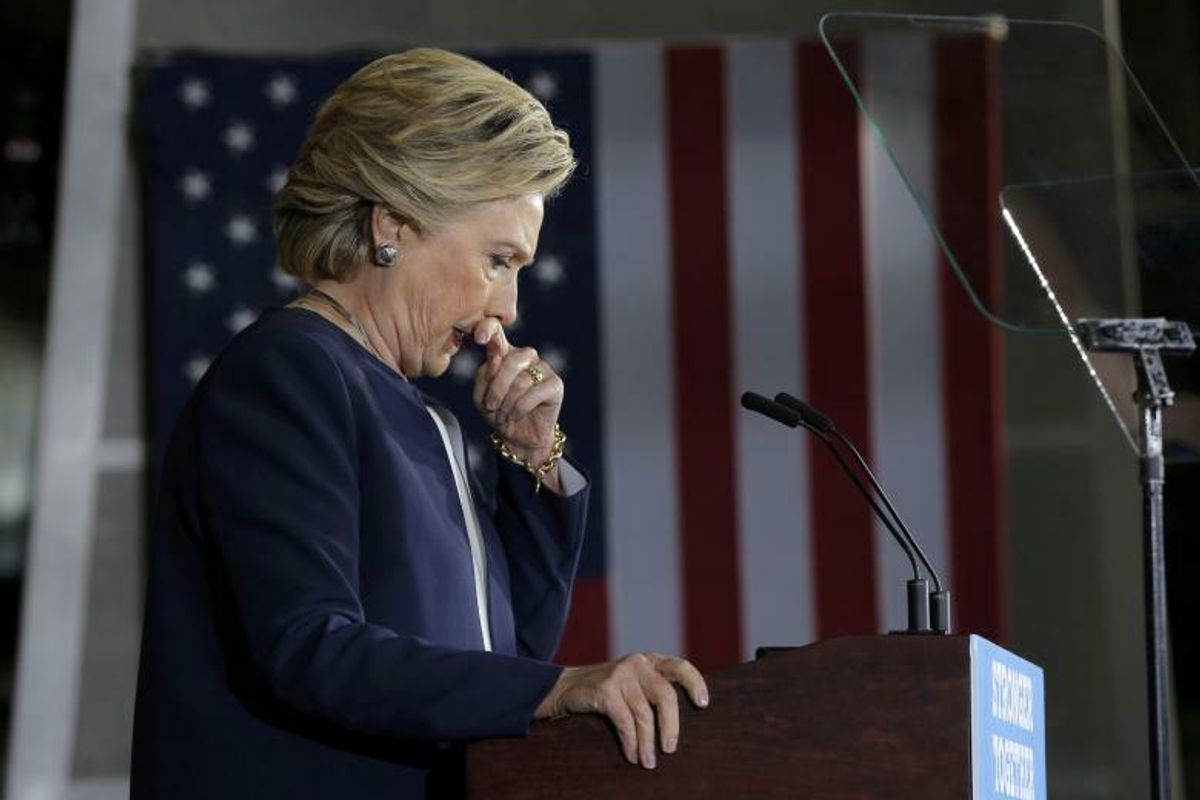 The Clinton Foundation has confirmed it accepted a $1 million gift from Qatar while Hillary Clinton was serving as the U.S. Secretary of State without informing the State Department, even though she had promised to let the agency review new or significantly increased support from foreign governments.

Qatari officials pledged the money in 2011 to mark the 65th birthday of Bill Clinton, Hillary Clinton's husband, and sought to meet the former U.S. president in person the following year to present him the check, according to an email from a foundation official to Hillary Clinton's presidential campaign chairman, John Podesta. The email, among thousands hacked from Podesta's account, was published in October 2016 by WikiLeaks.

Clinton signed an ethics agreement governing her family's globe-straddling foundation in order to become secretary of state in 2009. The agreement was designed to increase transparency to avoid appearances that U.S. foreign policy could be swayed by wealthy donors.

If a new foreign government wished to donate or if an existing foreign-government donor, such as Qatar, wanted to "increase materially" its support of ongoing programs, Clinton promised that the State Department's ethics official would be notified and given a chance to raise any concerns.

Clinton Foundation officials last month declined to confirm the Qatar donation. In response to additional questions, a foundation spokesman, Brian Cookstra, this week said that it accepted the $1 million gift from Qatar, but this did not amount to a "material increase" in the Gulf country's support for the charity. Cookstra declined to say whether Qatari officials received their requested meeting with Bill Clinton.

Officials at Qatar's embassy in Washington and in its Council of Ministers in the capital, Doha, declined to discuss the donation.

The State Department has said it has no record of the foundation submitting the Qatar gift for review, and that it was incumbent on the foundation to notify the department about donations that needed attention. A department spokeswoman did not respond to additional questions about the donation.

According to the foundation's website, which lists donors in broad categories by cumulative amounts donated, Qatar's government has directly given a total of between $1 million and $5 million over the years.

Foundation officials told Reuters last year that they did not always comply with central provisions of the agreement with President Barack Obama's administration, blaming oversights in some cases.

At least eight other countries besides Qatar gave new or increased funding to the foundation, in most cases to fund its health project, without the State Department being informed, according to foundation and agency records. They include Algeria, which gave for the first time in 2010, and the United Kingdom, which nearly tripled its support for the foundation's health project to $11.2 million between 2009 and 2012.

Foundation officials have said some of those donations, including Algeria, were oversights and should have been flagged, while others, such as the UK increase, did not qualify as material increases.

The foundation has declined to describe what sort of increase in funding by a foreign government would have triggered notification of the State Department for review. Cookstra said the agreement was designed to "allow foreign funding for critical Clinton Foundation programs" to continue without disruption.

The State Department said it has no record of being asked by the foundation to review any increases in support by a foreign government.

Asked whether Qatar was funding a specific program at the foundation, Cookstra said the country supported the organization's "overall humanitarian work."

"Qatar continued supporting Clinton Foundation at equal or lower levels" compared with the country's pre-2009 support, he said. He declined to say if Qatar gave any money during the first three years of Clinton's four-year term at the State Department, or what its support before 2009 amounted to.

In another email released by WikiLeaks, a former Clinton Foundation fundraiser said he raised more than $21 million in connection with Bill Clinton's 65th birthday in 2011.

Spokesmen for Hillary Clinton's campaign and Bill Clinton did not respond to emailed questions about the donation.

Republican presidential candidate Donald Trump has said that major donors to the Clinton Foundation may have obtained favored access to Clinton's State Department, but has provided little evidence to that effect. Clinton and her staff have dismissed this accusation as a political smear.