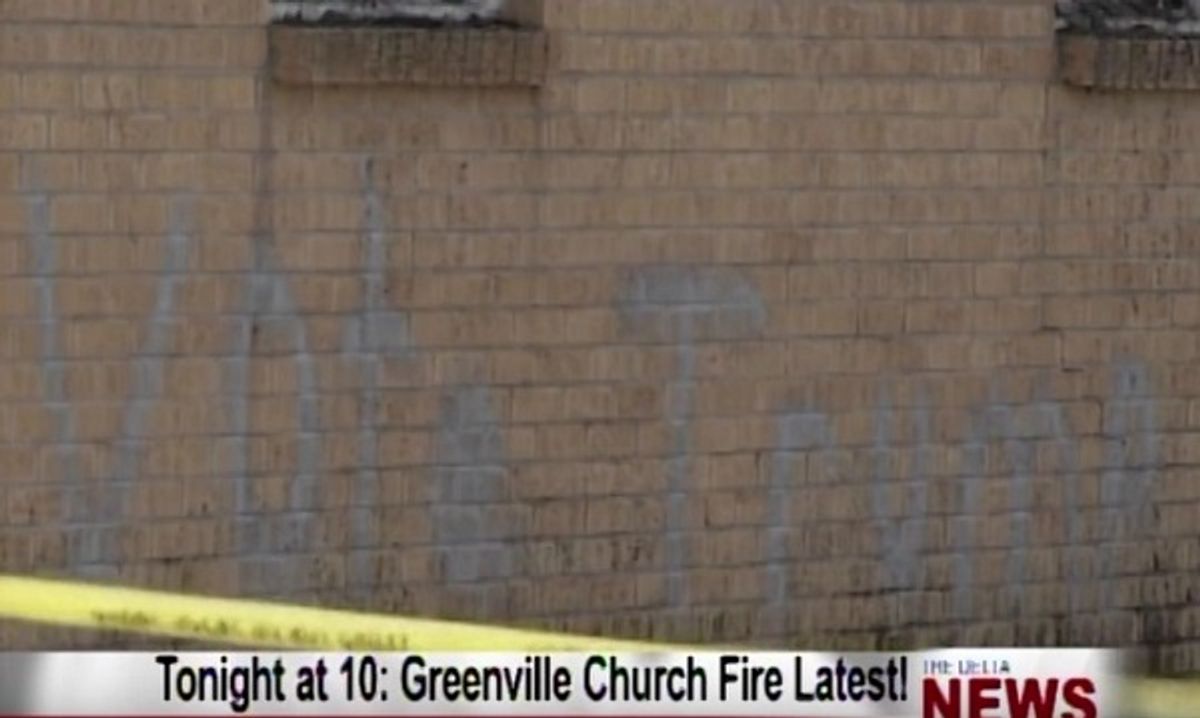 On 1 November 2016, police in Greenville, Mississippi, were called Hopewell Missionary Baptist Church where they discovered the 111-year-old house of worship had been vandalized, then set on fire.

On 21 December 2016, police arrested Andrew McClinton, 45, of Leland, Mississippi, on suspicion of the attack. McClinton, an African-American parishioner at the church, is expected to make an initial court appearance on 22 December 2016. Fire Marshal Mike Chaney said investigators have not determined a motive, telling the Washington Post:

The FBI Jackson Division is aware of the situation in Greenville, and we are working with our local, state and federal law enforcement partners to determine if any civil rights crimes were committed.

Greenville Mayor Errick Simmons had described the attack as a hate crime:

This act is a direct assault on people's right to freely worship. Moreover, this matter is being investigated with all deliberate speed, and we will not rest until the culprit is found and fully prosecuted to the fullest extent of the law.

The Trump campaign responded to the attack with the following statement:

We are deeply saddened for the members of the Hopewell M.B. Church community and condemn in the strongest terms this terrible act that has no place in our society. We are grateful that no one was hurt and we urge witnesses with any information to come forward and help bring justice to those who are responsible.

A GoFundMe account dedicated to repairing the heavily-damaged church had raised thousands of dollars.

Greenville is a predominantly African-American community where the mayor described race relations as "fairly good." However, attacks on churches is not a new development: it was used as a tactic of intimidation by white supremacists during the Civil Rights era. As noted by the fire marshal, a motive has yet to be determined. The fire broke out one week before the 8 November 2016 presidential election.