A fundraiser e-mail sent out by the head of Project Veritas says money is needed to expose voter fraud. 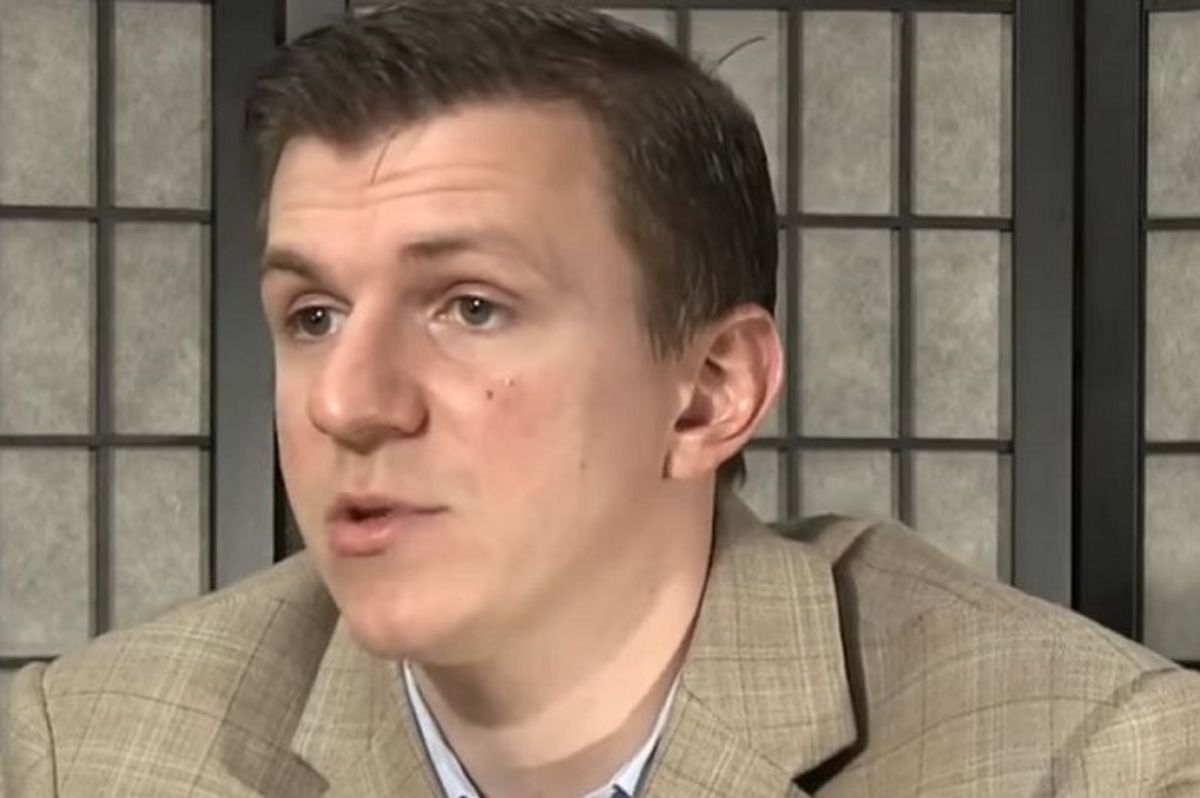 James O'Keefe, a sting video maker who heads up the non-profit Project Veritas, recently made headlines with a series that he claimed showed Democratic operatives describing how to rig elections. He is currently in the process of fundraising by e-mail for an Election Day project.

In his e-mailed message, O'Keefe asserted that a memo sent out by the Justice Department about voter intimidation was meant to target him personally:

Because it is well known that we send our undercover journalists out every Election Day to expose additional voter fraud, the United States Justice Department has just issued a memo which is a clear warning shot aimed at Project Veritas, and me.

In an obvious attempt to intimidate state and local law enforcement agencies into arresting us for filming voter fraud on Election Day, the DOJ actually said the following:

... actions of persons designed to interrupt or intimidate voters at polling places by questioning or challenging them, or by photographing or videotaping them, under the pretext that these are actions to uncover illegal voting may violate federal voting rights law.

No matter what they say, we are not backing down. In fact, we are doubling down! But to do this will require your support - and it's tax deductible, too.

In order to place as many of our journalists as possible in polling locations across the country, we need to start purchasing plane tickets, hotel rooms and rental cars today. Additionally, we need to place additional funds into reserve to handle emergency legal expenses.

The Justice Department did release a statement on 24 October 2016 cautioning against illegal election day-related activities, but it didn't name O'Keefe or his organization or suggest that either had been specifically targeted:

The Department of Justice has an important role in deterring election fraud, voter intimidation, and discrimination at the polls, and combating these violations whenever and wherever they occur. The Department’s long-standing Election Day Program furthers these goals, and also seeks to ensure public confidence in the integrity of the election process by providing local points of contact within the Department for the public to report possible election fraud and voting rights violations while the polls are open on election day.

Federal law protects against such crimes as intimidating or bribing voters, buying and selling votes, impersonating voters, altering vote tallies, stuffing ballot boxes, and marking ballots for voters against their wishes or without their input. It also contains special protections for the rights of voters and provides that they can vote free from acts that intimidate or harass them. For example, actions of persons designed to interrupt or intimidate voters at polling places by questioning or challenging them, or by photographing or videotaping them, under the pretext that these are actions to uncover illegal voting may violate federal voting rights law. Further, federal law protects the right of voters to mark their own ballot or to be assisted by a person of their choice.

In late October 2016, Project Veritas Action (O'Keefe's 501(c)4 organization) released videos titled "Rigging the Election" in which he captured Democrat operative Scott Foval seemingly talking about how to commit voter fraud. Foval was reportedly fired from his job at Americans United for Change.

While O'Keefe has been accused of editing videos to be misleading in the past, a Project Veritas spokeswoman maintained to us that the videos are factual, as proven by the fallout:

Tons of people accuse us of deceptively or selectively editing our footage, but usually the people accusing us are the people caught on camera. If it wasn’t real why did Bob Creamer resign and why was Scott Foval fired?"

She also told us that the organization does not release raw videos or transcripts of unedited videos. As is their normal practice, the FBI has declined to say whether anyone caught on the tapes are under investigation.

Shortly after the tapes were released, it was reported that Democracy Partners founder Robert Creamer was taking a "step back" from that organization. But Creamer contacted us on 2 November 2016 to say that claim was inaccurate, and to also assert that the tapes were edited to be misleading. He has not taken a step back from the organization he founded, he said in a statement, but instead from the Clinton campaign:

I am unwilling to become a distraction to the important task of electing Hilary Clinton, and defeating Donald Trump in the upcoming election.

As a result I have indicated to the Democratic National Committee that I am stepping back from my responsibilities working with the Campaign.

I am enormously proud of the work we have done over the last months to sound the alarm about the danger Donald Trump would present to American democracy.

Contrary to the outrageous claims of the notorious right wing blogger James O’Keefe, we have always adhered to the highest standards of transparency and legality in our work for the DNC.

Democracy Partners regards our nation's election laws and the integrity of our democratic institutions with utmost seriousness. And we have only ever-engaged in legal and nonviolent methods to demonstrate how Donald Trump is unfit to be President. Period.

We regret the unprofessional and careless hypothetical conversations that were captured on hidden cameras of a temporary regional contractor for our firm, and he is no longer working with us. While, none of the schemes described in the conversations ever took place, these conversations do not at all reflect the values of Democracy Partners.

James O’Keefe, the discredited individual behind this well-orchestrated spying scheme directed at our firm uses methods that would make Richard Nixon and the Watergate burglars proud.

Creamer said O'Keefe "put someone in our office under false pretenses and using a false ID with a bug and hidden camera" with the purpose of "intentionally distorting the positions and activities of Democratic political consultants."

We were unable to immediately reach Project Veritas to ask what they had planned for Election Day on 8 November 2016.