Fabricated news sometimes hews close enough to real news that the two overlap, but that doesn't make the former any less fake. 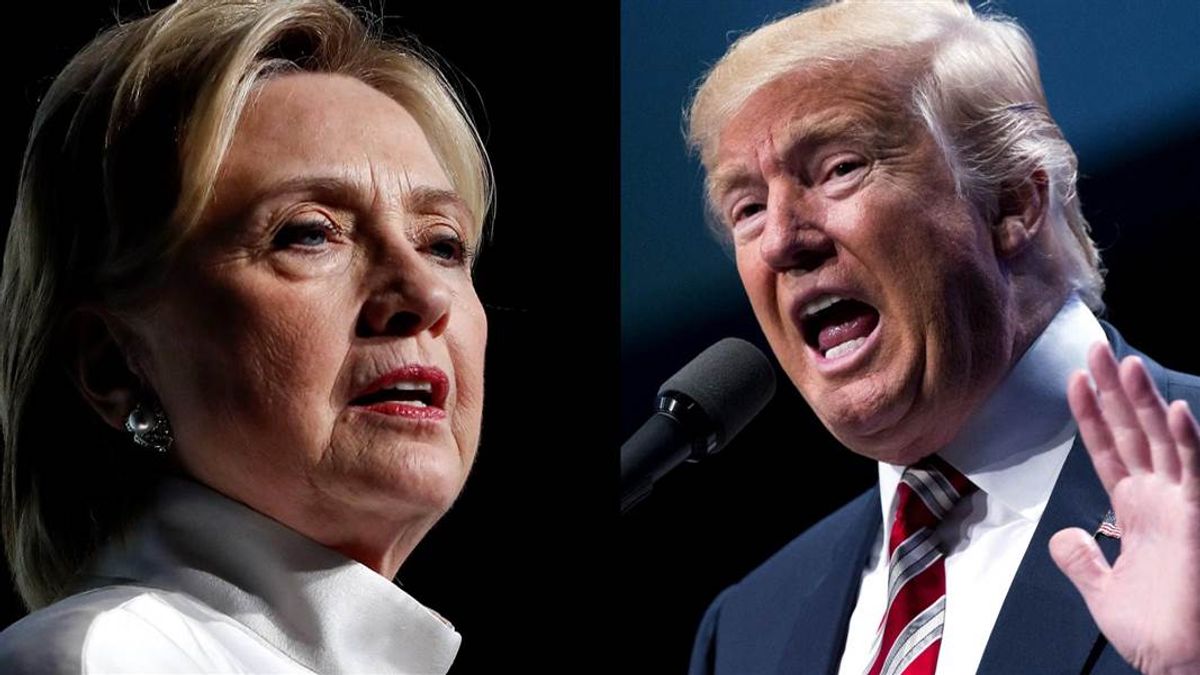 Two much-lamented trends in the online news business in recent years have been the increased use of social media platforms as a news source, and the rise of sites devoted to pumping out clickbait fake news items. The former leads users into viewing images and scanning headlines without clicking through to read (or even glance at) the underlying articles, and the latter confuses users with scintillating but fabricated ledes and photographs typically swiped from unrelated stories.

The confluence of these two phenomena has created a plague of misinformation on the Internet, as users who simply skim news items on social media face an increasingly difficult time discerning legitimate news from fake news — all the more so when the two intersect in tangential ways.

Just after the first presidential debate of the 2016 campaign was held on 26 September, the Baltimore Gazette fake news site published a fabricated story about a NBC intern's having passed debate questions along to the Hillary Clinton campaign a week in advance of that event. This account was, and remains, nothing more than fake news — it was a completely made-up story that no legitimate news organization (or anyone other than the Baltimore Gazette) reported on.

A month later, real news broke that was tenuously similar in subject to the earlier fake news piece, when CNN announced that they were parting ways with political analyst Donna Brazile after the disclosure of e-mails suggesting that Brazile had passed along to the Clinton campaign a couple of questions to be asked at upcoming CNN-hosted Democratic campaign events.

The mistaken conflation of those two events brought a stream of angry e-mail from readers not adept at discerning detail and nuance, who only know that they saw something in the news about Clinton's being provided debate questions in advance that seemingly didn't jibe with our previously having given a fake news story a justifiably false rating:

You're wrong here. Brazile did provide Hillary questions. Snopes seems to be in Hillary's corruption camp.

So the Washington Post and all the other news media that reported this are lying. Snopes needs to stop supporting Hillary.

Are you serious? Wiki Leaks, who has 100% accuracy, says Clinton did get question a head of the debate from Donna Brazil & your story is false! Everyone knows snopes is a democratic mom & pop business that just looks on the internet like anyone can do! You all need to post the truth not the democratic sided spin!!

The issue here is, of course, not any imaginary bias on our part, but on understanding that the difference between what's true and what's false often lies in details and not on merely comparing similar broad categories.

The fake Baltimore Gazette article posited that Hillary Clinton had been provided questions:

The real, widely-reported story held that Hillary Clinton had been provided questions:

Other than the general subject matter, nothing about the two stories (one true and one not true) or their details matched — and that overlap in subject matter was hardly a surprising coincidence, since fake news purveyors typically publish items that seemingly "confirm" widespread fears and conspiracy theories in order to draw in gullible readers. Like the old adage about broken clocks, sometimes fabricated news — purely coincidentally — ends up presaging genuine news.

So no, we're not going to be "correcting" or "retracting" an article of ours that properly identified fake news as fake news — because it's still fake news, regardless of any subsequent, peripherally related real-life events.