The wife of a Millbury police officer allegedly sprayed "BLM" on the couple's home and claimed there was a break-in. 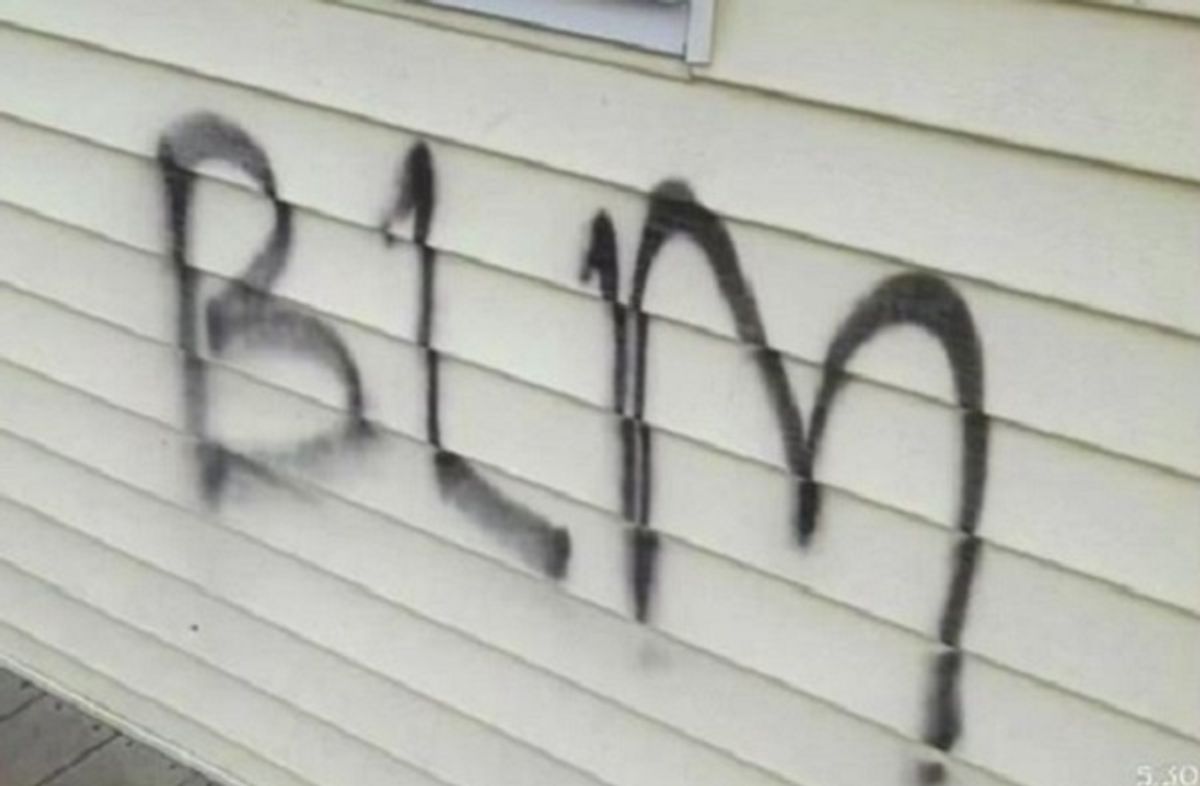 On 17 October 2016, Maria Daly, the wife of a Millbury, Massachusetts police officer, reported a break-in at the family home, claiming that valuables had been taken. When police arrived, they found the letters "BLM," which stands for "Black Lives Matter," spray-painted on the home.

According to Millbury police Chief Donald Desorcy, there was no intruder, nor was there a burglary:

Something wasn’t quite right. I think that was pretty obvious and as a result of that investigation, the officers did their due diligence and followed through with the investigation that we had. Basically we came to the conclusion that it was all fabricated. There was no intruder, there was no burglary.

CBS Boston reports the couple was having financial problems, and Daly told police burglars took money and jewelry. She posted to social media:

We woke up to not only our house being robbed while we were sleeping but to see this hatred for no reason. If you would have asked me yesterday about this blue lives and black lives matter issue my response would of been very positive. Today on the other hand I have so much anger and hate that I don't like myself.

Her husband, Millbury police Officer Daniel Daly, has been cleared of wrongdoing in the incident. She has been charged with filing a false police report and misleading a police investigation.