The Defense Dept. said at least 15,000 troops would be cleared from having to pay thousands of dollars. 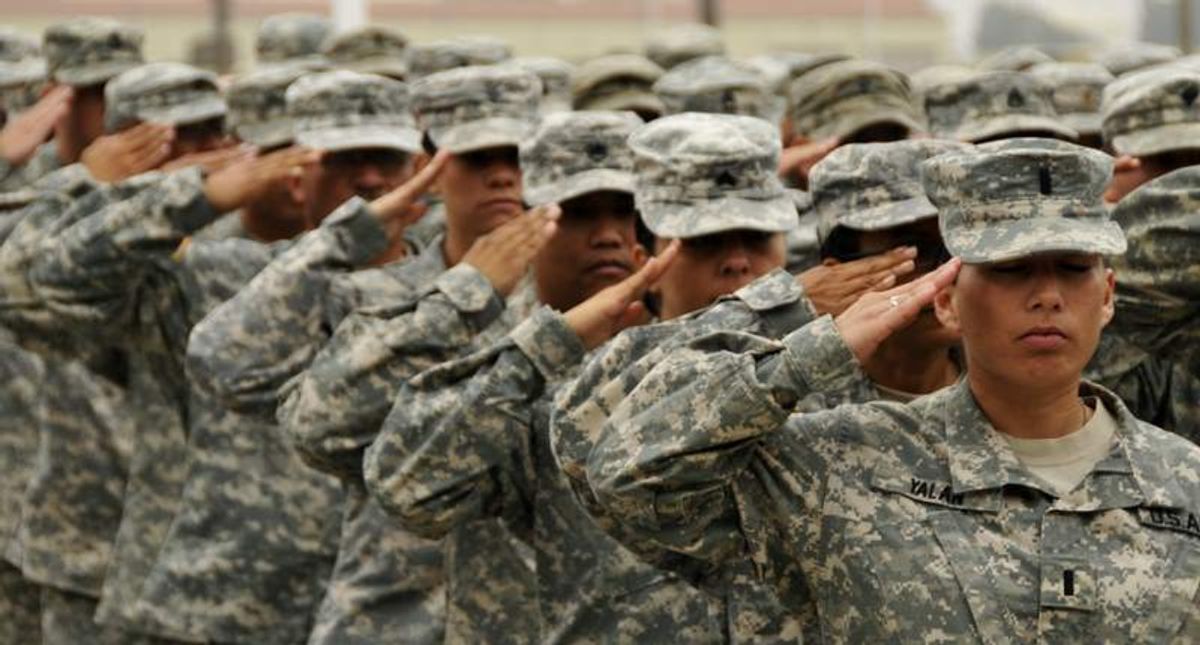 Thousands of California National Guard members will be excused from having to repay the thousands of dollars they received as enlistment bonuses.

The Pentagon's acting undersecretary of Defense for personnel and readiness, announced on 2 January 2017 that about 15,000 of the 17,500 troops being forced to repay the money would have their debts dismissed. Soldiers who had already begun to repay their debt, Levine said, would be reimbursed.

The state National Guard had contacted current and retired members who had enlisted betweeen 2006 and 2010, many of whom received bonuses exceeding $15,000.

On 26 October 2016, Defense Secretary Ash Carter issued an order to stop the collections process "effective as soon as is practical." Carter said in a statement:

This suspension will continue until I am satisfied that our process is working effectively. Second, I have ordered a team of senior department officials, led by the senior personnel official in the Office of the Secretary of Defense, Peter Levine, to assess the situation and establish no later than Jan. 1, 2017 a streamlined, centralized process that ensures the fair and equitable treatment of our service members and the rapid resolution of these cases. The objective will be to complete the decision-making process on all cases as soon as possible - and no later than July 1, 2017.

Officials with the National Guard Bureau, the federal agency overseeing state-level Guard groups, said that Guards in every state handed out excessive bonuses during the same time period. However, the California Guard was evidently particularly egregious in violating the idea behind the bonuses, which were intended for soldiers specializing in civil affairs or intelligence and non-commissioned officers slated for U.S. units in both conflicts.

Though the California Guard is helping members affected by the ruling to file appeals with both the national bureau and the Army Board for Correction of Military Records in hopes of forgiving their debts, it cannot make the decision unilaterally to do so.

At the end of the day, the soldiers ended up paying the largest price. We'd be more than happy to absolve these people of their debts. We just can’t do it. We'd be breaking the law.

The Guard has reportedly recovered nearly $22 million in bonuses. However, a federal court could put a stop to the collection efforts by January 2017, when it rules on a motion to dismiss a lawsuit filed by Sgt. 1st Class Bryan Strother.

Strother filed the suit after a dispute with the Guard over $25,010.32 in bonuses, saying the organization conned him (and other members) into re-enlisting using the promise of bonuses. The suit calls for an injunction stopping future collection efforts and for bonus money that has already been recovered to be returned.

However, federal officials have filed a motion to dismiss Strother's suit, arguing that it was rendered moot when the Pentagon Defense Legal Services Agency ruled that Strother did not have to repay his bonus.

An Iraq and Afghanistan veteran, Robert Richmond, created a petition calling for an end to the collection of Guard bonuses, as well as a fundraising page to collect money for legal fees.