Feds to Track Use of Force by Police Across United States

The unprecedented move comes after a spate of high-profile killings by law enforcement. 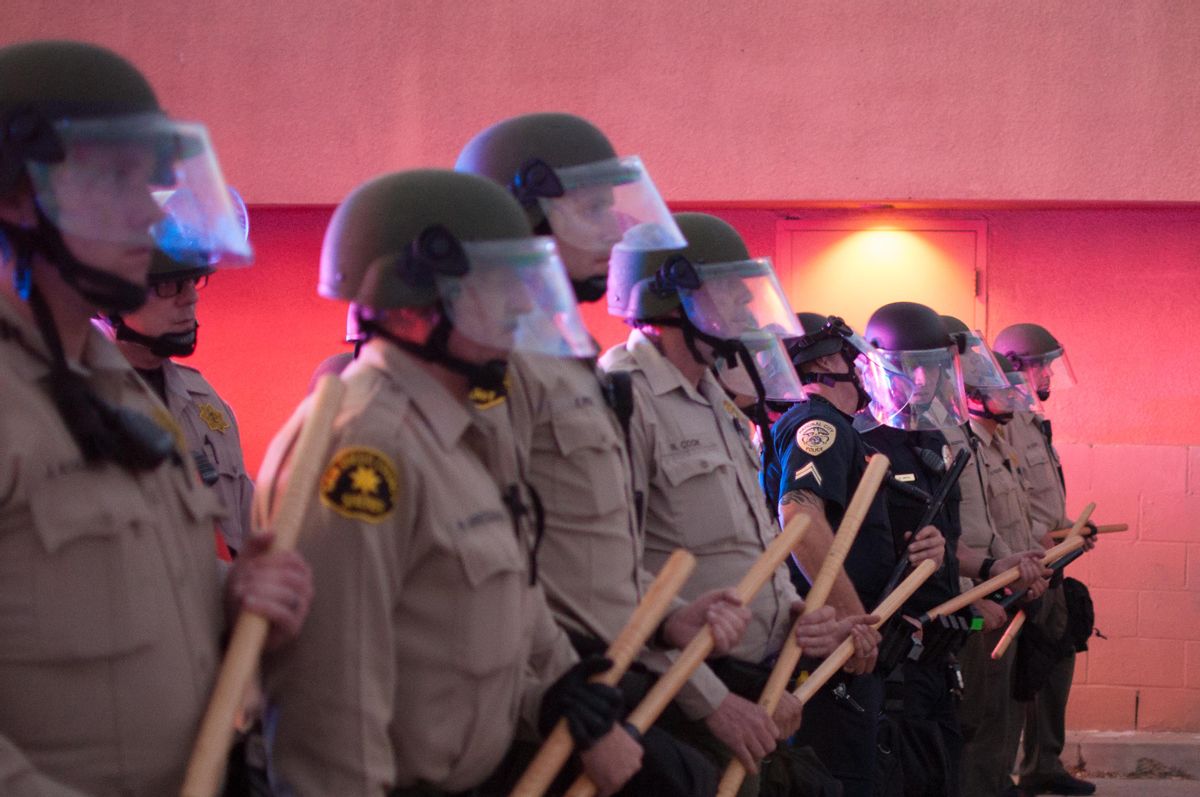 For the first time in the history of the United States, the federal government will be monitoring the use of force by police departments across the nation.  The announcement has come after a wave of high-profile killings, which critics say were racially motivated.

Attorney General Loretta Lynch said in a press release that the time has come to begin keeping an official record of use of force:

Accurate and comprehensive data on the use of force by law enforcement is essential to an informed and productive discussion about community-police relations.

The initiatives we are announcing today are vital efforts toward increasing transparency and building trust between law enforcement and the communities we serve.  In the days ahead, the Department of Justice will continue to work alongside our local, state, tribal and federal partners to ensure that we put in place a system to collect data that is comprehensive, useful and responsive to the needs of the communities we serve.

Some news outlets and reporters have gathered as much data as they possibly can on police killings, but the information comes with some caveats:

Government data also suggests that vehicular deaths are often not reported in news media, so our data may understate that total. We don’t suggest national analysis outside the three complete years, and there are several data points that we know are too poorly reported in the media to result in accurate results for analysis: race, disposition and mental state.

D. Brian Burghart from the Fatal Encounters database, a journalist-run project that has tracked police killings for years, told us that the proposal should not be considering a major change just yet:

First, why are they having a public comment period? They've had the mandate to collect this data since 1994 or 2000, depending on which law we're talking about. Second, it's still voluntary; in the past, its voluntary nature is why the DoJ only reported a third of the police-involved deaths. Third, I can't tell the precise number of agencies reporting in the pilot program, but there are 18,000 agencies, and it looks like only the biggest are "voluntarily" participating. I have no reason to believe they can scale up. No real reason to assume they can't, but they've got a real track record of saying they will and they are, but not actually collecting the data.

The first phase of the pilot program starts in early 2017:

Local, state, tribal and federal law enforcement agencies will provide information on characteristics of the incident, subjects of the use of force, and the officers that applied force in the incident. Agencies will also be asked to positively affirm, on a monthly basis, whether they did or did not have any use of force that resulted in a fatality, a serious bodily injury to a person, or firearm discharges at or in the direction of a person. Enrollment information from agencies and state points of contact will be collected at the initiation of the collection and updated no less than annually to assist with the managing of this data.

The Justice Department will track around 178,000 law enforcement agents during the pilot program.