A civil suit against Donald Trump alleging he raped a 13-year-old girl has been filed for the third time. 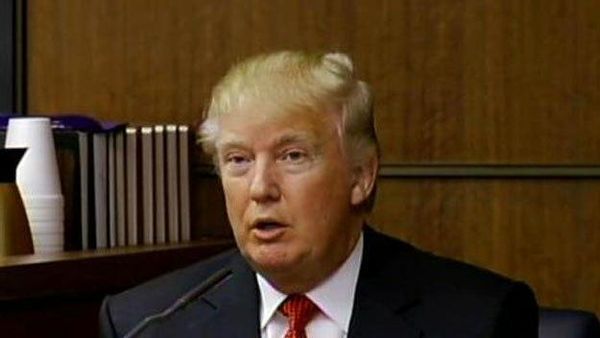 A federal lawsuit filed in New York, accusing Republican presidential candidate Donald Trump of repeatedly raping a 13-year-old girl over 20 years ago at several Upper East Side parties hosted by convicted sex offender and notorious billionaire investor Jeffrey Epstein, was refiled on 30 September 2016, two weeks after the complainant voluntarily dismissed a suit based on the same claims.

The complainant (identified as "Jane Doe") asserts that when she was a 13-year-old back in 1994, she was lured by a modeling recruiter to summer parties hosted by co-defendant Jeffrey Epstein at an Upper East Side mansion, tied to a bed, and forcibly raped by Trump, who slapped her and told her he would do whatever he pleased with her:

I traveled by bus to New York City in June 1994 in the hope of starting a modeling career. I went to several modeling agencies but was told that I needed to put together a modeling portfolio before I would be considered. I then went to the Port Authority in New York City to start to make my way back home. There I met a woman who introduced herself to me as Tiffany. She told me about the parties and said that, if I would join her at the parties, I would be introduced to people who could get me into the modeling profession. Tiffany also told me I would be paid for attending.

The parties were held at a New York City residence that was being used by Defendant Jeffrey Epstein. Each of the parties had other minor females and a number of guests of Mr. Epstein, including Defendant Donald Trump at four of the parties I attended. I understood that both Mr. Trump and Mr. Epstein knew I was 13 years old.

Immediately following this rape, Defendant Trump threatened me that, were I ever to reveal any of the details of Defendant Trump's sexual and physical abuse of me, my family and I wold be physically harmed if not killed.

Alan Garten, executive vice president and general counsel for the Trump Organization, said that Jane Doe's allegations "are completely frivolous and appear to be politically motivated," and the Trump Organization warned her lawyer, New Jersey attorney Thomas Meagher, "that in the event he decides to refile his complaint we will seek to have him sanctioned."