The sword, which was found in a sandy area next to a river, is thought to have washed up during recent flooding. 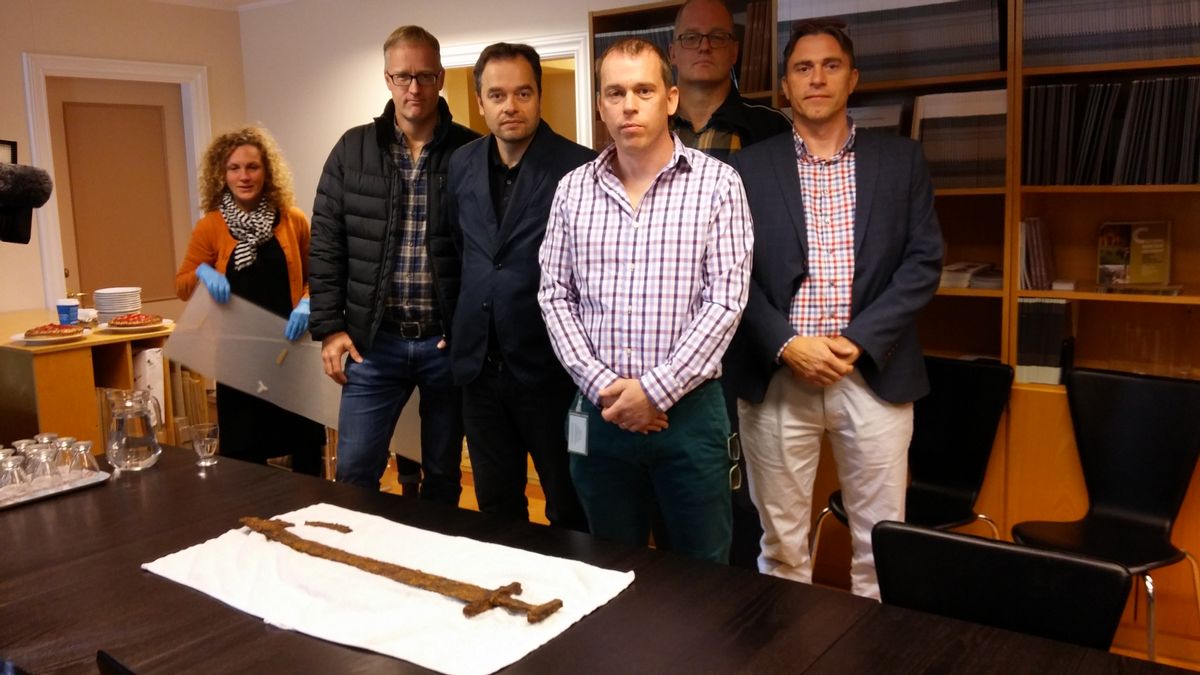 Image Via The Cultural Heritage Agency of Iceland

A group of hunters in Skaftarhreppur, southern Iceland, were hunting geese when they found a rusty, battered sword lying on the ground:

After one of the hunters, Árni Björn Valdimarsson, shared the above photograph on Facebook, he received a telephone call from the Cultural Heritage Agency of Iceland, which says that they believe that the sword is at least a thousand years old. "To find a sword from Viking times is uncommon in Iceland," Dr. Kristín Huld Sigurðardóttir from the Cultural Heritage Agency told us:

The sword found last Friday is only the 24th sword from Viking times found in Iceland. Many of the swords are in pieces and even only found a part of the hilt. So it is exciting to find an almost complete sword. It was a group of brothers and friends that found the sword when looking for some geese. It was found lying on the ground near a river in Southern Iceland at a site that was damaged badly from a flood last year. We date the sword at this stage to c 950 AD or even prior to that, thus a Viking sword.

It is in a pretty good state, the point is broken off and a small part missing, but apart from that it is relatively well preserved although it is of course corroded. There are remains of wood at the handle. The sword is double-edged with a little curved upper and lover hilts. There might be some remains of scabbard on the blade but we will know more about this when the conservators have done a thorough research. The goose hunters that found the sword found another object which we have not analysed yet. The sword is a stray-find, it was found on a sand just by a river.

"It was just lying there, waiting to be picked up," Rúnar Stanley Sighvatsson, one of the men who found the sword, told the Iceland Monitor.

It was obvious and just lying there on the ground.

The sword is thought to have been washed up during a recent flood, and archaeologists believe that it was originally placed in a grave.

By law, all archaeological remains found in or on the ground are considered the property of the state. The sword will eventually make its way to the National Museum of Iceland.