Teen Dies from Hickey in Mexico?

Spanish-language site reports that a hickey on the young man's neck caused a blood clot that traveled to his brain, resulting in a stroke. 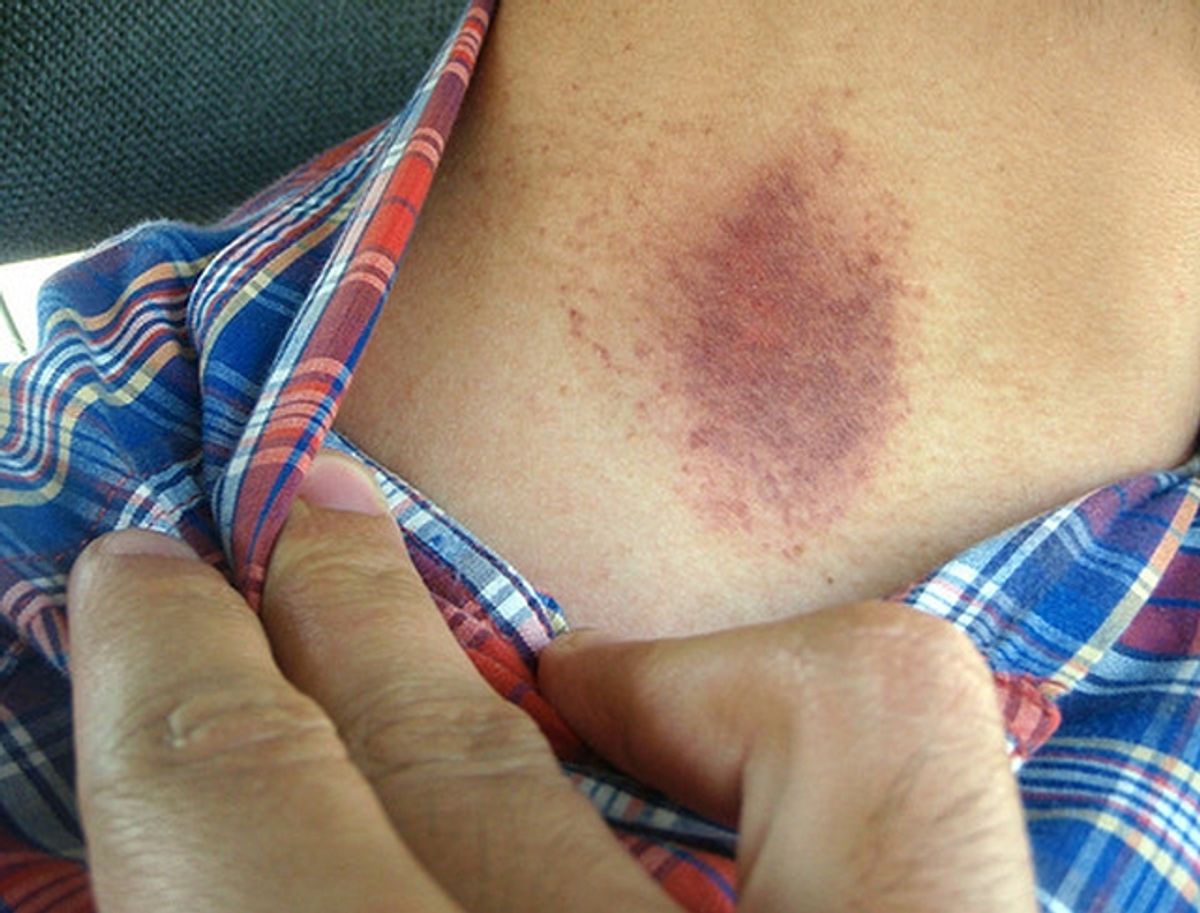 A Spanish-language site reported that a 17-year-old boy in Mexico City died of a stroke believed to have been at least partly caused by a hickey he received from his girlfriend.

The reports said that Julio Macia Gonzalez of Iztapalapa received emergency medical treatment after suffering convulsions at the dinner table following an outing with his 24-year-old girlfriend, identified only as "Iris." Paramedics discovered a large purple abrasion on Gonzalez' neck which they identified as a chupetón — a hickey — but they were not able to save his life. Doctors believed the hickey caused a blood clot to form which traveled intra-arterially to the boy's brain, causing a stroke.  However, all reports seem to have originated from a 21 August 2016 story in DenunciasMX.com, a Spanish-language site that appears to specialize in clickbait and outrageous stories.

A stroke expert contacted by CBS News New York said it's unlikely — but possible — for a stroke to be caused by a hickey. According to neurologist Dr. Mitchell Elkind, direct pressure on the carotid artery could cause a tear in the vessel, loosing a blot clot that might reach the brain. He stressed that this is exceedingly rare, however.

There has been at least one recorded case of a hickey-caused stroke, an incident in Auckland, New Zealand in 2011 in which a 44-year-old woman was partially paralyzed after a "love bite" on her neck caused a blood clot which ended up in her heart. The patient was treated with an anticoagulant drug and recovered, according to news reports.