Did a Catholic Hospital Refuse to Treat a Patient with a Dislodged IUD?

A woman's account of being denied reproductive care because a Catholic hospital opposed IUDs has been muddled in multiple retellings. 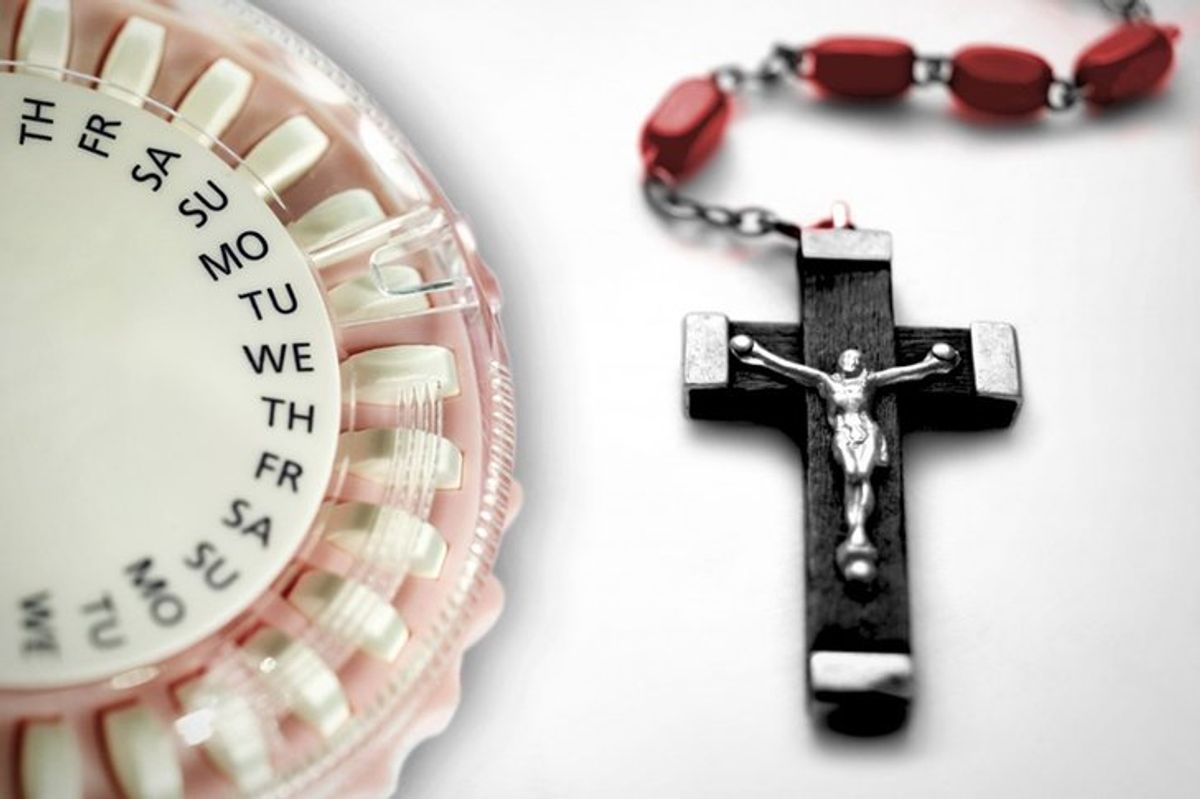 On 27 August 2016, multifaith blog Patheos published an article (with the somewhat misleading title "Catholic Hospital Turns Away Bleeding Woman with Dislodged IUD Because They Oppose Birth Control") that reported:

When Melanie Jones showed up for a doctor’s appointment to remove her dislodged IUD, being turned away was the last thing she expected. Jones was unaware that her health providers were Catholic and, according to their beliefs, could not help her without violating their consciences[.]

For a system fundamentally against birth control in all forms, you would think that Catholic healthcare providers would be more than happy to remove an artificial contraceptive from a woman’s body. In their view, it would be a mitzvah by allowing the possibility for conception to take place. Furthermore, Jones wasn’t even pregnant, so there was no risk of damage to a fetus, except perhaps a hypothetical one.

The Patheos item contained more commentary than information, but linked to a 23 August 2016 Rewire article that appeared to be the basis for the claim. Rewire's reporting painted a slightly clearer picture than subsequent editorials about the controversy, but it still lacked some details:

Melanie Jones arrived for her doctor’s appointment bleeding and in pain. Jones, 28, who lives in the Chicago area, had slipped in her bathroom, and suspected the fall had dislodged her copper intrauterine device (IUD).

Her doctor confirmed the IUD was dislodged and had to be removed. But the doctor said she would be unable to remove the IUD, citing Catholic restrictions followed by Mercy Hospital and Medical Center and providers within its system.

“I think my first feeling was shock,” Jones told Rewire in an interview. “I thought that eventually they were going to recognize that my health was the top priority.”

The doctor left Jones to confer with colleagues, before returning to confirm that her “hands [were] tied,” according to two complaints filed by the ACLU of Illinois. Not only could she not help her, the doctor said, but no one in Jones’ health insurance network could remove the IUD, because all of them followed similar restrictions. Mercy, like many Catholic providers, follows directives issued by the U.S. Conference of Catholic Bishops that restrict access to an array of services, including abortion care, tubal ligations, and contraception.

While retellings held Jones was "turned away" while in need of care by Mercy directly, the Rewire piece reported that Jones' private physician informed her that Mercy's Catholic affiliation would keep her from further treatment. According to the same article, a representative for the facility denied that the doctor's assessment was accurate:

In a written statement to Rewire, Mercy said, “Generally, our protocol in caring for a woman with a dislodged or troublesome IUD is to offer to remove it.”

Rhodes said Mercy was reviewing its education process on Catholic directives for physicians and residents.

“That act [of removing an IUD] in itself does not violate the directives,” Marty Folan, Mercy’s director of mission integration, told Rewire.

A representative with the American Civil Liberties Union of Illinois confirmed that Mercy maintained that the doctor (not the hospital) denied Jones' treatment for her dislodged IUD.