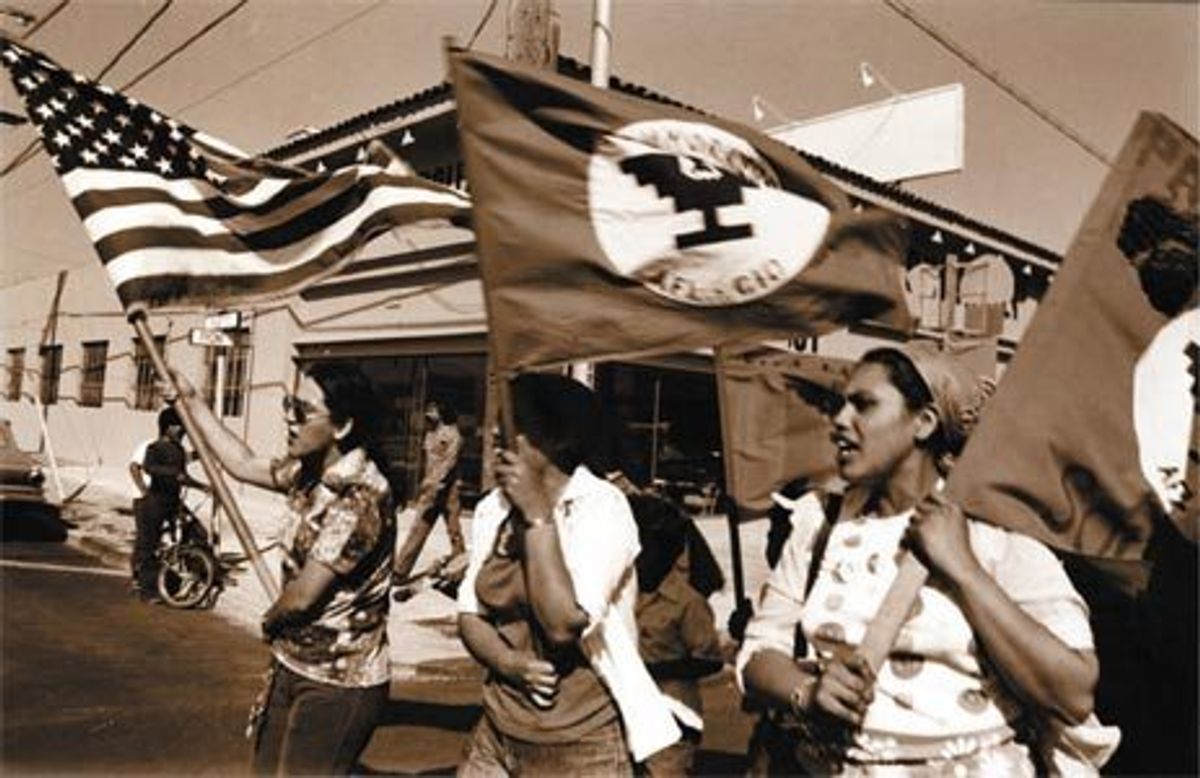 Legislators in California have passed a historic bill that will allow farm laborers in the state to receive the same overtime pay as other workers: time-and-a-half after either 8 hours a day or 40 hours a week.

Previously, farmworkers had to work 10 hours a day (or 60 in a week) in order to receive overtime.  If AB 1066 is signed into law, it will effectively give a pay raise to more than 800,000 agricultural workers across California:

During what was an emotional debate, supporters of the bill framed the legislation as a matter of human rights and dignity of work, saying farm laborers deserved the same protections as the vast majority of workers.

Assemblyman Jose Medina (D-Riverside) called the vote an opportunity to correct a wrong against a subset of workers that would do more to honor Cesar Chavez than any ceremony, walk or statue.

Assemblyman Tony Thurmond (D-Richmond) said it was about a simple equation: “A fair day’s pay for a fair day’s work.”

“This is not an attack on those who employ farmworkers,” Thurmond said. “But this is in fact what farmworkers have asked us to do. They have asked us to give them dignity, and we have the opportunity to make history today—history that has been 80 years in the making.”

The United Farm Workers union collaborated with lawmakers and pushed for the bill, saying it would right historical wrongs:

Its president, Arturo Rodriguez, who stood next to Assembly Speaker Anthony Rendon on Thursday when the speaker promised to push the bill across the finish line, watched on Monday from a balcony overhanging the Assembly chamber. Again and again, supportive lawmakers invoked Chavez.

Flipping the proponents’ argument, critics said the well-intentioned measure would hurt laborers by leading to cuts in their hours and economic hardship for the farms that employ them. Farmworkers are treated differently from other workers, they said, because the nature of their work is different.

The bill, which was authored by Assemblymember Lorena Gonzalez (D-San Diego) passed 44 to 32.

Governor Jerry Brown signed the bill into law on 12 September 2016, making an eight-hour day the standard for workers in the U.S.'s largest agricultural state.