The latest in many "third term" conspiracy theories holds that President Obama plans to stay in office by springing a surprise indictment on Hillary Clinton. 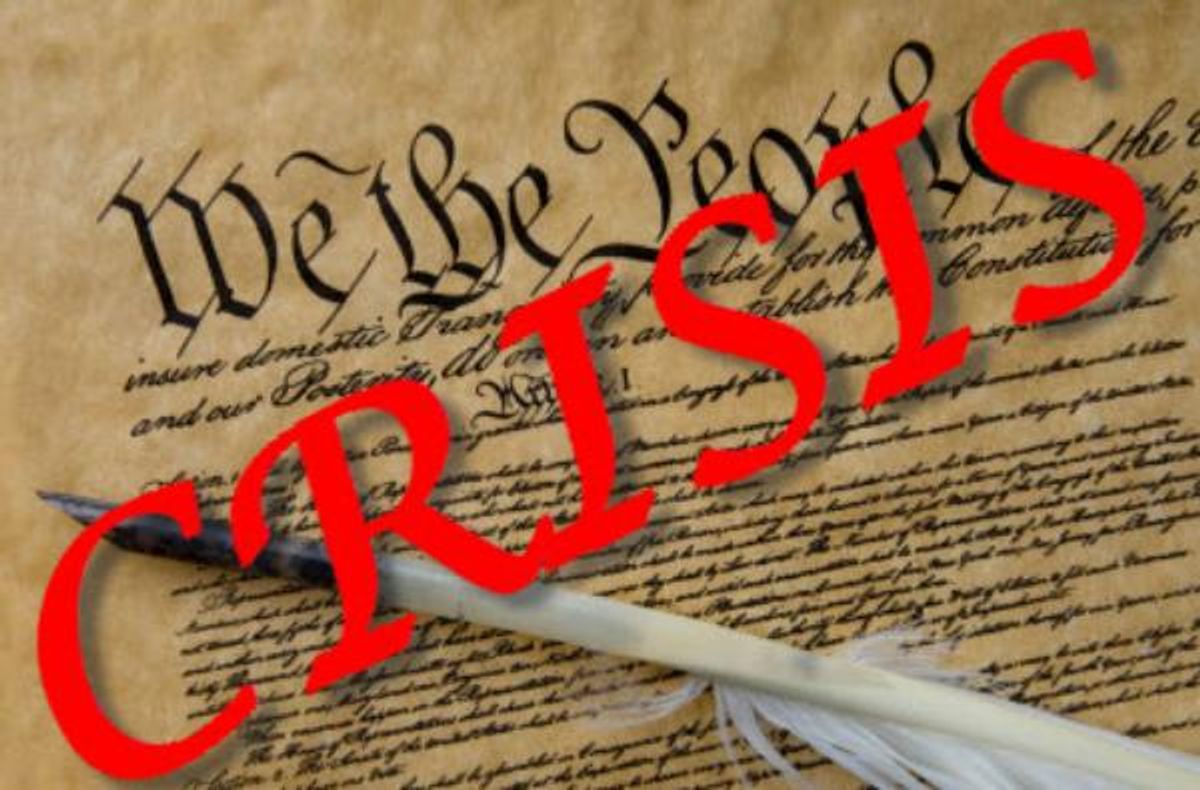 Almost from the moment Barack Obama was elected to the U.S. presidency in November 2008, conspiracy mongers began positing methods by which he would seek to remain in power once his term of office expired — everything from fomenting a "national emergency" that would provide him with an excuse for cancelling elections to declaring martial law and suspending the Constitution to (somehow single-handedly) altering the Constitution to remove its presidential two-term limit.

In August 2016 Joseph Farah, editor of the notoriously unreliable WND web site, tossed a new scenario into the third-term conspiracy mix: President Obama's ordering a strategically delayed indictment of putative President-Elect Hillary Clinton over charges related to her using position as Secretary of State to solicit donations to the Clinton Foundation. This, according to Farah, would create a "constitutional crisis" that would disqualify Clinton from holding office and enable President Obama to remain in the White House past the expiration of his term of office:

[T]here is another possibility, even more sinister, perhaps. Suppose — just suppose now — that Obama is hedging his bets. What if he is actually using this FBI and this Injustice Department to do a real investigation intended to maintain his position as president? I have previously speculated, and that’s all it is I admit openly, pure informed speculation, that Obama has not completely abandoned the idea of remaining president past Jan. 20, 2017.

So what if — and it’s a big “if” — Obama is holding something back? Suppose he has actually authorized a probe of what she did as secretary of state to benefit herself and the Clinton Foundation.

Is it possible he might use the findings — and, believe me, they are not hard to find — to indict her between Election Day and Jan. 17, while he is still president?

The whole thing will create a constitutional crisis. The next in line, House Speaker Paul Ryan, will not be allowed to assume the presidency, either, because there is a sitting president.

If this admittedly unlikely and far-fetched scenario occurs, it will demonstrate that Obama has been planning it for quite some time. That’s why I’m telling you about the remote possibility now.

Like much of what Farah and WND publish, this scenario ignores how things actually work in favor of promulgating a sensational and politically slanted conspiracy theory.

No provision of the U.S. Constitution states that a person who is under indictment is ineligible to run for, be elected to, or hold the office of President of the United States. In fact, no provision of that document disqualifies from the presidency a person who is currently on trial, has been convicted, or is serving prison time. (Indeed, in 1920 Socialist Party candidate Eugene V. Debs campaigned for the presidency from the Atlanta Federal Penitentiary, where he had been incarcerated for violating the Espionage Act, and captured 3.41% of the popular vote.)

The U.S. Constitution does allow for the impeachment and removal from office of civil officers — including the President and Vice President — but only for crimes committed while in office, not for acts undertaken prior to assuming office.

Moreover, President Obama's term of office expires at noon on 20 January 2017, period. It makes no difference whether or not a living, eligible, duly elected successor is on hand to immediately assume the presidency — there is no constitutional provision for Barack Obama to remain in office past that date.

Farah's narrative doesn't even make logical sense (not even for a far-fetched conspiratorial political imagining), positing that it a "constitutional crisis" would be triggered by the following series of events:

The whole thing will create a constitutional crisis. The next in line, House Speaker Paul Ryan, will not be allowed to assume the presidency, either, because there is a sitting president.

Okay, so if the scenario presented here (i.e., Hillary Clinton won the presidential election but was indicted before assuming office) wouldn't necessarily create a "constitutional crisis," what would happen if it played out in real life?

Hillary Clinton could simply take office regardless, but it's quite likely that a pending criminal indictment (with the possibility of trial and conviction) would effectively cripple her ability to govern, so she would choose to step down before assuming the presidency. Exactly what would happen next is unclear because the situation would be an unprecedented one not specifically addressed by the Constitution, but existing law and previous experience provide some guidelines about what to expect.

Technically none of these provisions would apply, because Hillary Clinton would not have been removed from the presidency by death, nor could she resign an office she had never assumed in the first place. Clinton could conceivably take the oath of office and then immediately resign, thereby elevating Vice President Tim Kaine to the presidency, but that course of action might be eschewed as one that would create an unseemly political spectacle.

It's also possible that Hillary Clinton could simply decline to be sworn in, whereupon Vice President Kaine would become acting President under the 20th Amendment provision that the President elect "failed to qualify." This course is less certain, as the Constitution is unclear on whether a President-elect must take the oath of office to become President or only to execute the powers of that office. Additionally, it would likely raise constitutional issues of whether Tim Kaine would remain an acting President for the duration of Clinton's ordinary term, whether he would become President in his own right, or whether the former would hold true only until a new President was selected.

Quite possibly the issue would end up before the U.S. Supreme Court, but it's hard to imagine that the outcome would result in anything other than the presumed default of the Vice President's taking over (either as acting President or actual President) for the duration of the term — especially since prolonged opposition would effectively leave the U.S. leaderless in the meanwhile.

Whatever may happen, the one scenario that is not a possibility is the one proffered by Farah, that Barack Obama remains in office past 20 January 2017. Barack Obama's term of office expires on that date without qualification, and having already served two terms as President, he would be ineligible for election to that office again under the terms of the 22nd Amendment.