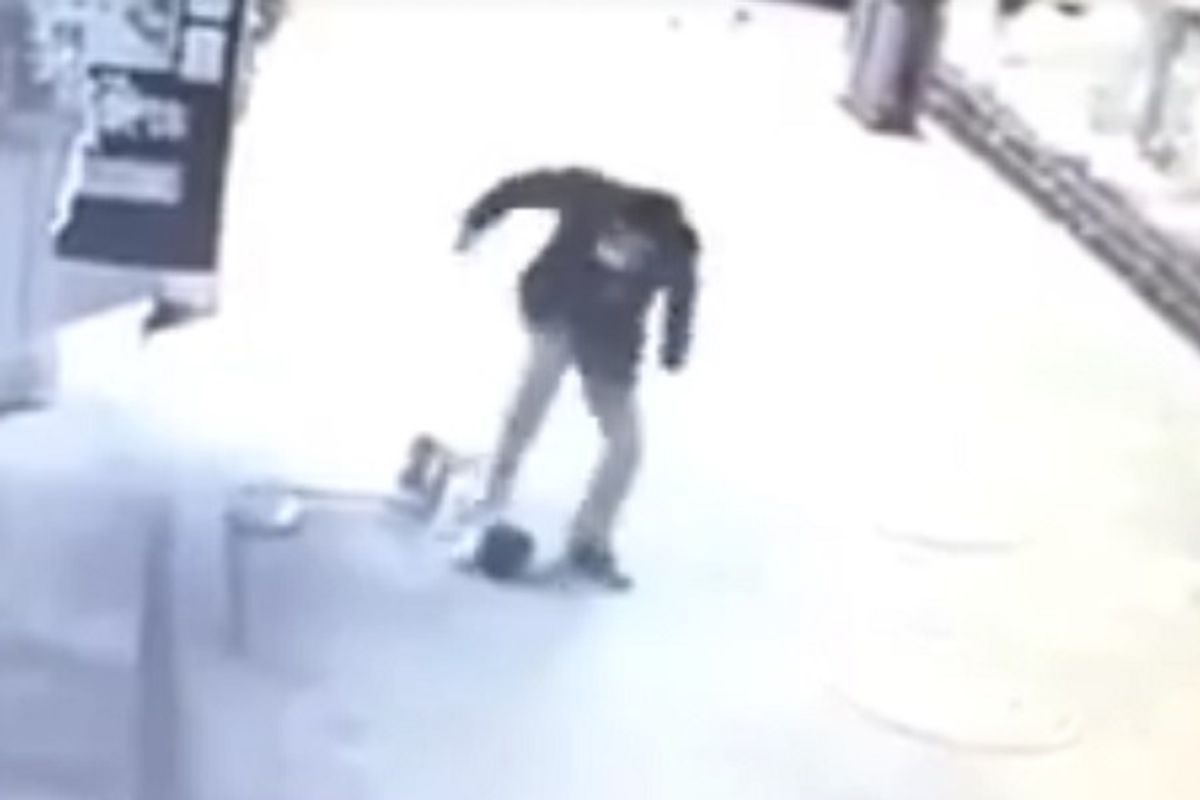 Viewers are outraged over a security camera video that captured a man stomping on a small child who was playing with a broom and dustpan outside a shop in Luochuan County, China — and they are also upset that at least two passers-by seen in the video did nothing to help the child, who was finally saved when a larger group of people intervened.

Media in China report that the attack took place on 4 May 2016, when Wang Jiaolong, 29, suddenly set upon two-year-old Li Zhexu. The footage shows Jiaolong knocking the child to the ground and proceeding to stomp on him and hit him with his sweeping toys for 37 seconds, before a group of people stopped him and came to the aid of the toddler.

The Telegraph's journalist stationed in Beijing reported that the little boy — despite the horrifying attack — did not suffer life-threatening injuries. Jiaolong was detained shortly after the assault, and Chinese police said they hadn't been able to determine any reason behind his violent onslaught against the child.

Translating from Chinese-language news agency Xinhua and from social media, the Shanghaiist blog reported that outraged citizens were calling for the attacker to be put to death. The child was treated at Xian Children's Hospital, and Xinhua published photographs reportedly showing the child being carried by his father sitting upright and conscious, though bruising to his head was evident: After being diagnosed and treated, the child was sent home to recover. His father told the news agency that he has received an outpouring of support.

The video, which has been shared widely in China, can be viewed below — but we caution that it is extremely disturbing: