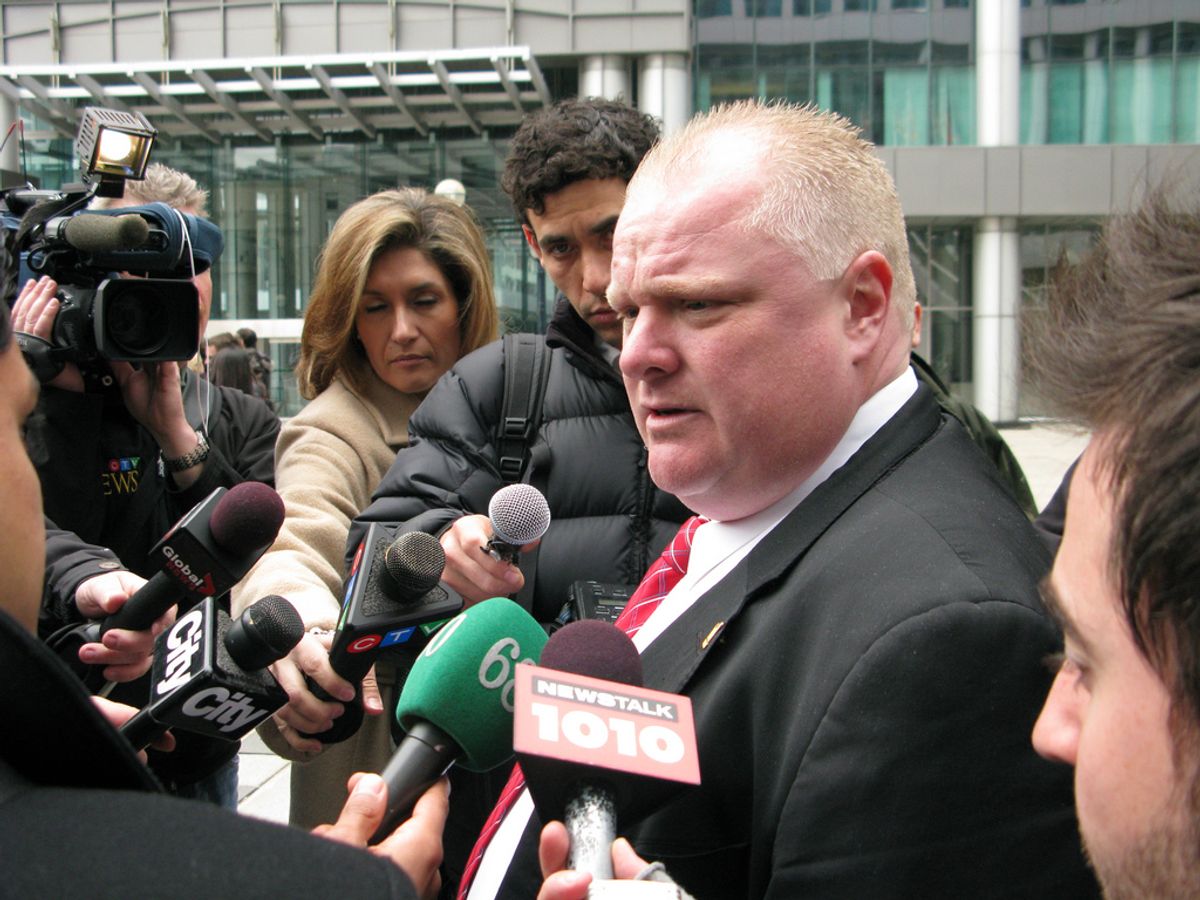 In August 2016, months after Rob Ford died from cancer, a storied video surfaced of the embattled former mayor of Toronto apparently smoking crack.

The video had been rumored for years, after a reporter for news and entertainment web site Gawker wrote about being allowed to watch the video (which at the time was for sale for $200,000).  Gawker attempted to crowdsource the funds:

Unlike some other journalistic outlets, Gawker has no objection to paying sources for newsworthy materials. The $200,000 price tag was beyond Gawker’s editorial budget, however. So we asked the public to help us crowdfund the price of the video. Despite the complaints of ethicists, the Canadian public, eager to resolve the question of whether the mayor of the largest city in Canada smoked crack, enthusiastically met the fundraising goal.

Unfortunately, by the end of the funding campaign, the negotiations with the people possessing the video had collapsed. The police and people who were emphatically not the police were also seeking it. There was a claim that the video might have been “gone.”

Not long after that, the Toronto Star wrote about being able to view the video, as well:

“I’m f---ing right-wing,” Ford appears to mutter at one point. “Everyone expects me to be right-wing. I’m just supposed to be this great.…” and his voice trails off. At another point he is heard calling Trudeau a “fag.” Later in the 90-second video he is asked about the football team and he appears to say (though he is mumbling), “they are just f---ing minorities.”

The Star had no way to verify the authenticity of the video, which appears to clearly show Ford in a well-lit room. The Star was told the video was shot during the past winter at a house south of Dixon Rd. and Kipling Avenue. What follows is an account based on what both reporters viewed on the video screen. Attempts to reach the mayor and members of his staff to get comment on this story were unsuccessful.

While Gawker did raise the money for rights to the video, it was instead entered as evidence supporting an extortion charge against Alexander "Sandro" Lisi, Ford's friend and former driver. On 11 August 2016, Lisi's charges were dropped and the video was finally released to the public:

It shows Ford swearing and mumbling while holding a crack pipe in his left hand, which he lights up and draws on, releasing a wisp of smoke.

On the video, Ford speaks with Elena Basso, who remains off-camera. Basso lives at 15 Windsor Dr., located in the west Toronto suburb of Etobicoke, where the video is said to have been filmed.

The video was entered as evidence in a court proceeding against Lisi, who was accused of extortion over his attempts to retrieve the cellphone that contained the video which proved to be politically explosive for Ford.

Rob Ford served as one of Toronto's most colorful mayors from 2010 through 2014, when his re-election bid was derailed by the liposarcoma that he would eventually die from.