Multiple People Killed and Injured in Knife Attack Outside Tokyo

The victims were at a facility for the disabled in the city of Sagamihara. 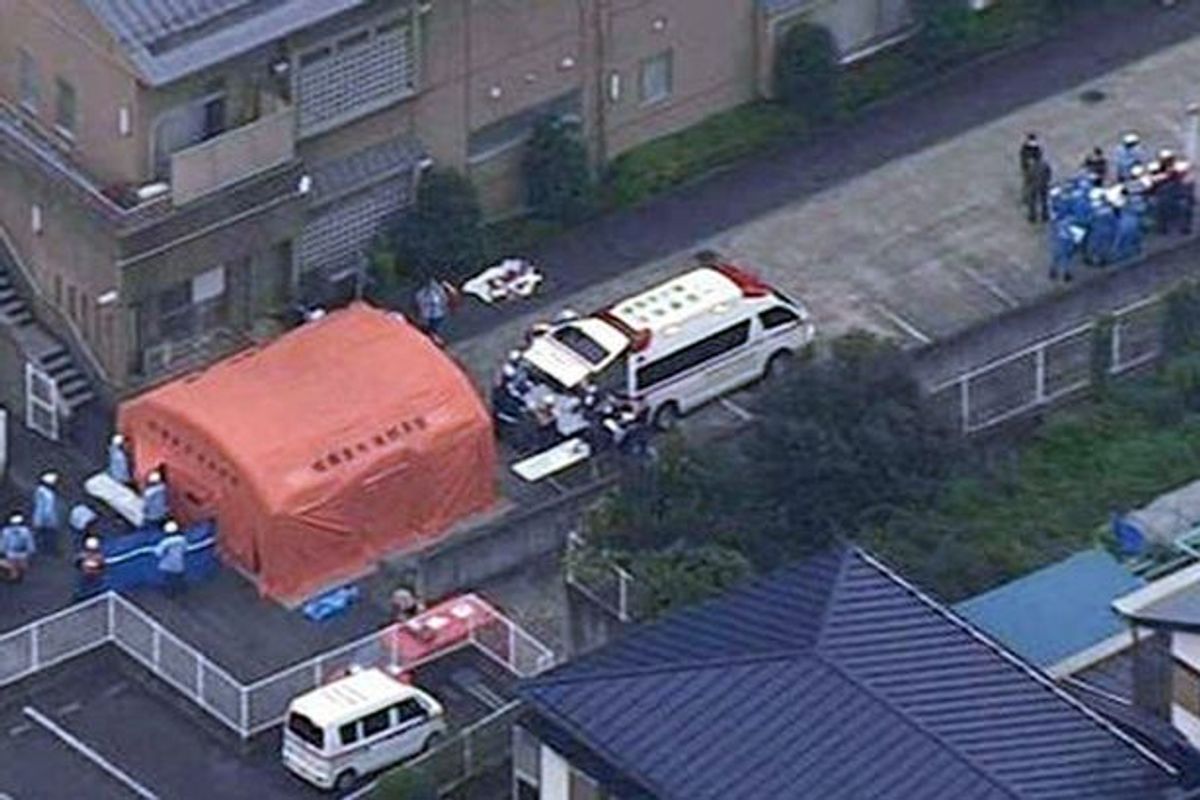 At least 15 people have been killed and 45 injured during an attack at a facility for the disabled in Sagamihara, a city just outside Tokyo, Japan.

The suspect turned himself in and was arrested.  According to reports the suspect had worked at the facility, and told police he targeted people with disabilities:

Police in Sagamihara, Kanagawa Prefecture, about 25 miles (40 km) southwest of Tokyo have arrested a man in his 20s, Japanese media reported.

They said staff called police at 2.30 a.m. local time with reports of a man armed with a knife on the grounds of the Tsukui Yamayuri Garden facility. Kyodo said the man had turned himself into a police station.

Asahi Shimbun reported that the suspect was quoted by police as saying "I want to get rid of the disabled from this world."

Fifteen people were confirmed dead while four were in a state of cardiac arrest, the reports said.