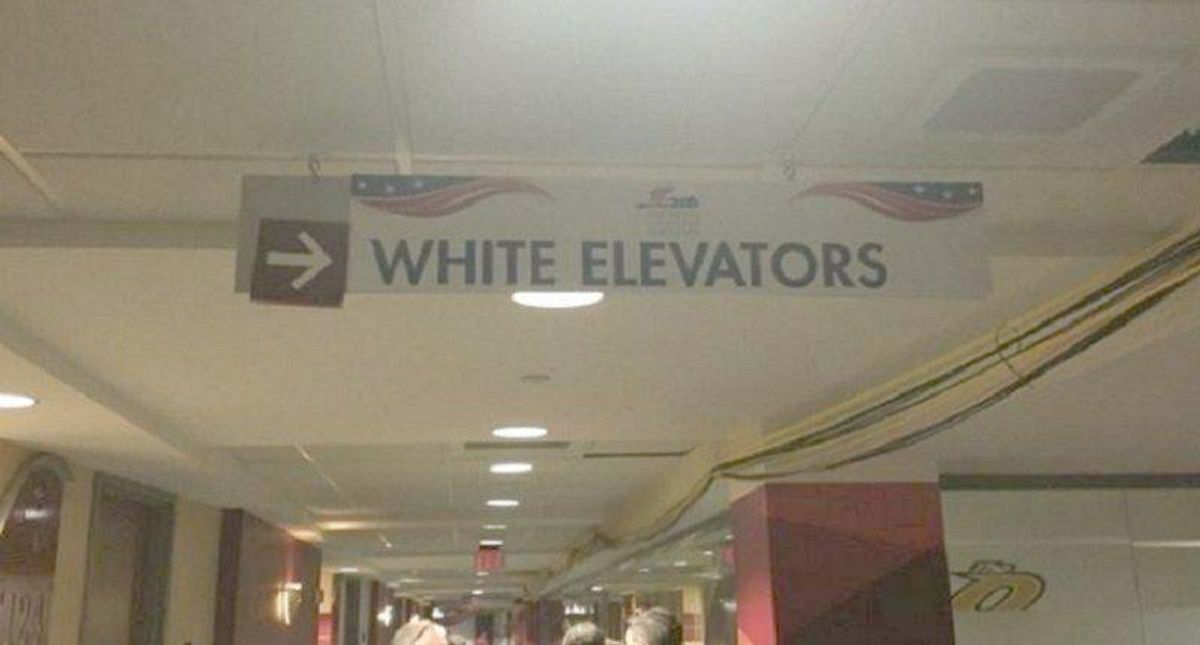 The weekend leading up to the Republican National Convention brought news that workers at the Quicken Loans Arena in Cleveland were frantically scrambling to take down banners identifying a bank of "White Elevators" after photographs of the signs hit social media:

Spotted at the #RNCinCLE. I'm told it's being replaced for obvious reasons. pic.twitter.com/SVayl1zGCd

The signs were regarded by viewers as either humorously inadvertent or offensively retro for being reminiscent of Jim Crow-era segregation restrictions that enforced the use of separate (and lesser) facilities by blacks, such as bathrooms, drinking fountains, and waiting rooms. It's likely the signs were simply part of a coding system set up to assist convention attendees and workers in getting to particular locations within the venue; but given the charges of racism that have frequently been leveled against presumptive GOP nominee Donald Trump, the sight of Jim Crow-like signage in the RNC venue (even if innocuously intended) is a publicity hit Republicans would prefer to avoid.

It’s still unclear who approved the signs or why they were hung in the first place (or even if there was more than one such sign); but if someone should come forward with additional photographs of "Red Elevators" and "Blue Elevators" signs at Quicken Loans Arena, that would pretty much settle the issue in favor of "White Elevators" simply being part of an otherwise unremarkable color-coding location scheme.