According to reports from officials, the attack on Atatürk Airport involved two suicide bombers. 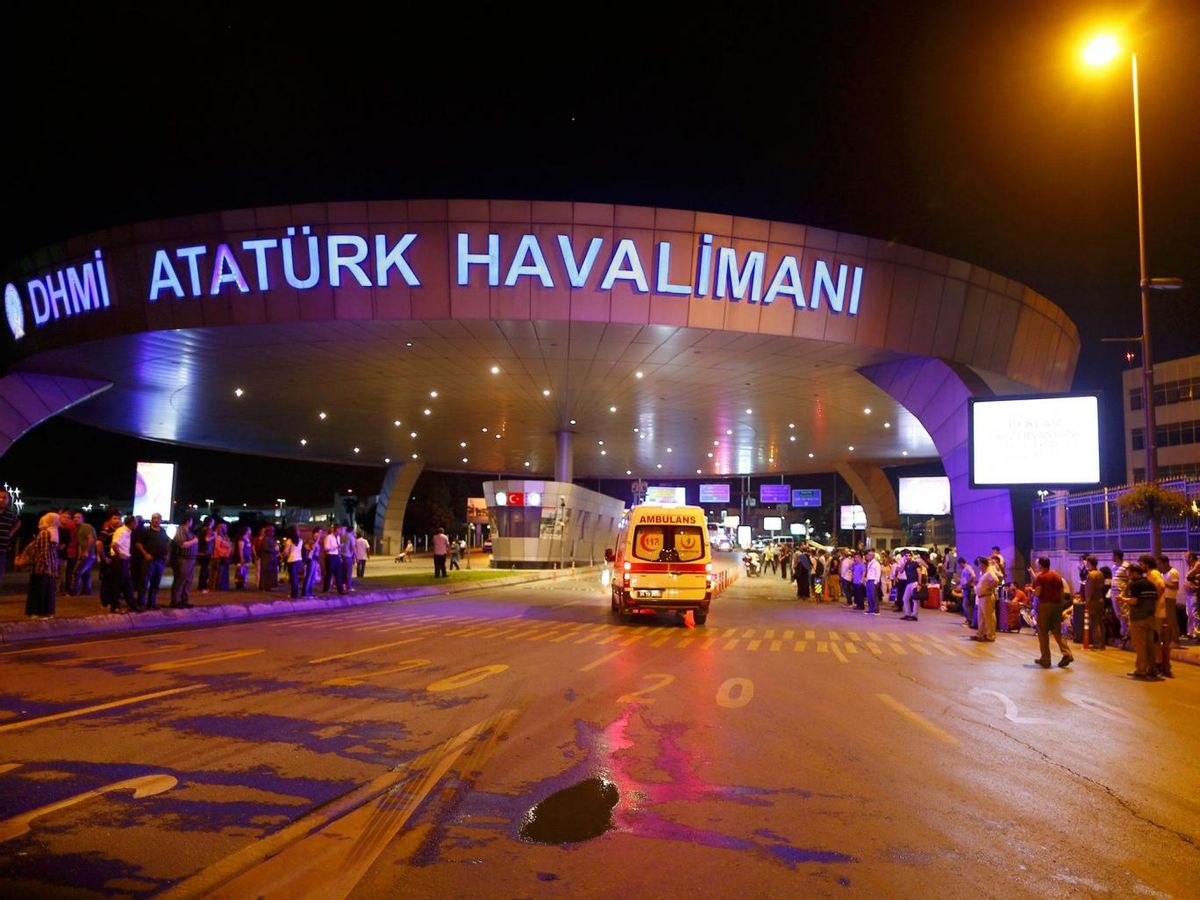 An explosion at Istanbul's Atatürk Airport has left dozens dead and multiple people injured.  Turkish officials say that the two attackers first opened fire, and then detonated themselves after police in turn fired on them:

The official said the attackers detonated the explosives at the entrance of the international terminal before entering the x-ray security check.

Turkish airports have security checks at both at the entrance of terminal buildings and then later before entry to departure gates.

The official spoke on condition of anonymity in line with government protocol.

The day before, the United States Department of State had issued a travel warning about possible attacks in the region:

As the U.S. State Department indicated, Turkey has suffered attacks by extremists in recent months, generally carried out (or at least claimed) by Kurdish militants or ISIS:

In March, at least 37 were killed when a car bomb detonated near a bus stop in the Turkish capital, Ankara, in an attack claimed by a Kurdish militant group.

A month earlier, 28 were killed in a blast targeting military vehicles in central Ankara. A Kurdish group claimed responsibility.

And in January, at least 10 German tourists died in a suicide bombing in Istanbul's Sultanahmet Square that Turkish authorities linked to ISIS.

In December, an explosion on the tarmac at a different airport killed a cleaner.