Staten Island's Outerbridge Crossing was briefly at a standstill as the man rode one horse and led another across lanes. 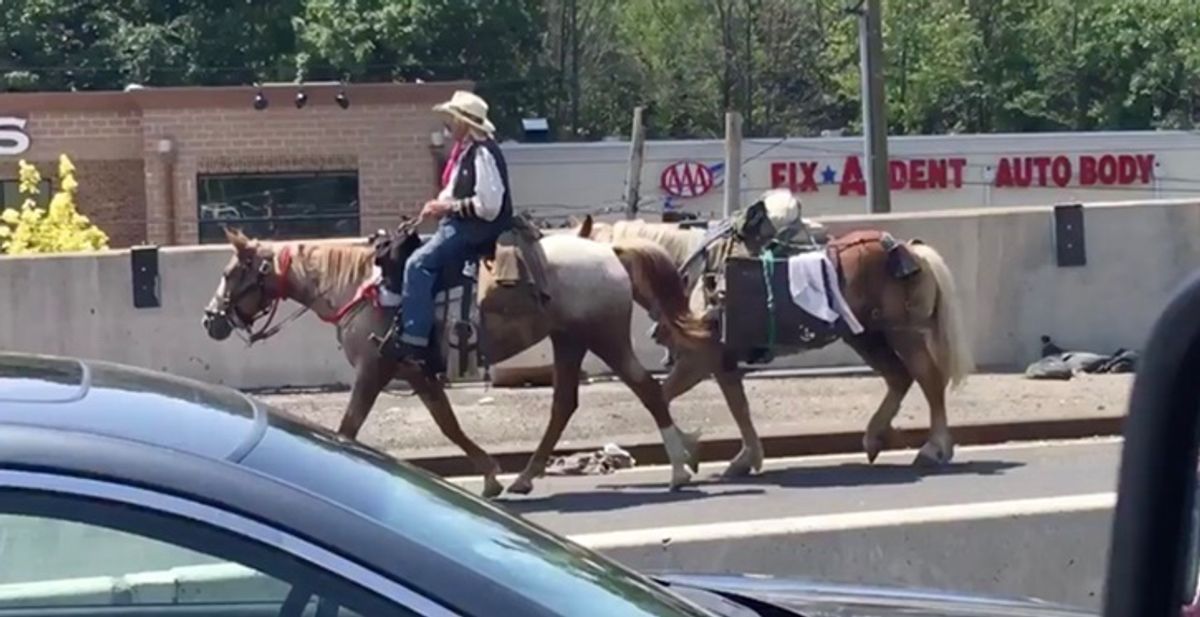 A busy New York bridge was briefly brought to a standstill by a sight rarely seen in the region — a cowboy on a horse trotting blithely through lanes while leading another:

In case you're wondering why there's traffic on the Outerbridge Crossing #outerbridgecrossing #traffic @NBCNews pic.twitter.com/9j8t4zMWDw

The Port Authority of New York and New Jersey released a later photograph, this time of the cowboy being cited for trespassing and for impeding traffic: The Port Authority identified the man as Tod "Doc" Mishler, who rides his horses all over the United States (and seems to be an old hand at getting cited) in order to raise awareness about childhood hunger.  The entity added that Mishler didn't pay a toll to cross the bridge, as he wasn't driving a motorized vehicle.