A fast-moving Brexit vote led to a Fox News error suggesting the UK voted to leave the United Nations. 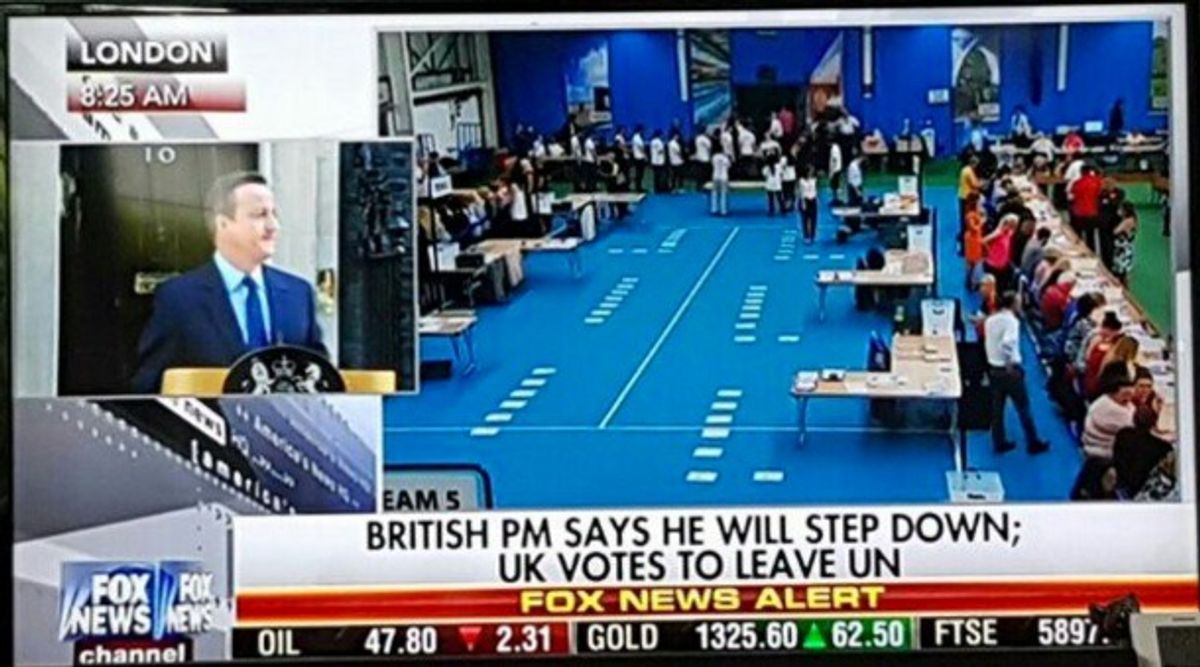 The early morning hours of 24 June 2016 ushered in a flurry of reporting on a referendum widely known as "Brexit," with results of the United Kingdom's vote to leave the European Union breaking late on 23 June 2016 in the United States and early the next morning in Britain.

Primary reports in the United States came from UK-based outlets such as the BBC and the Guardian, but American outlets also followed the unfurling events. Among those outlets was Fox News, and an initial error became a screen shot mocked around the world, thanks to the quick-sharing capabilities enabled by social media platforms.

The network's chyron — a caption superimposed on the screen to title or explain a television segment — erroneously indicated that the UK voted to leave the United Nations (UN), not the European Union (EU). The error did not escape the attention of many viewers:

.@FoxNews Got Confused And Said The UK Was Leaving The UN Not The EU https://t.co/0BrOh2efVxpic.twitter.com/ls7HLoYqkd

Fox News got confused and said the UK was leaving the UN, not the EU https://t.co/cJ6RasaGEZ pic.twitter.com/oImcTYqMNB — BuzzFeed UK (@BuzzFeedUK) June 24, 2016

BREAKING: from @FoxNews Britain has left the UN #subeditorwanted pic.twitter.com/22minK9R8t

We were unable to locate footage of the Fox segments, but Twitter timestamps suggested the chyron error appeared at approximately 3:30am Eastern time. Multiple background images against the wording suggested that the phrase remained for at least a few minutes.