The news outlet said that Clinton has enough delegates to take the Democratic nomination, but that assessment included unpledged delegates. 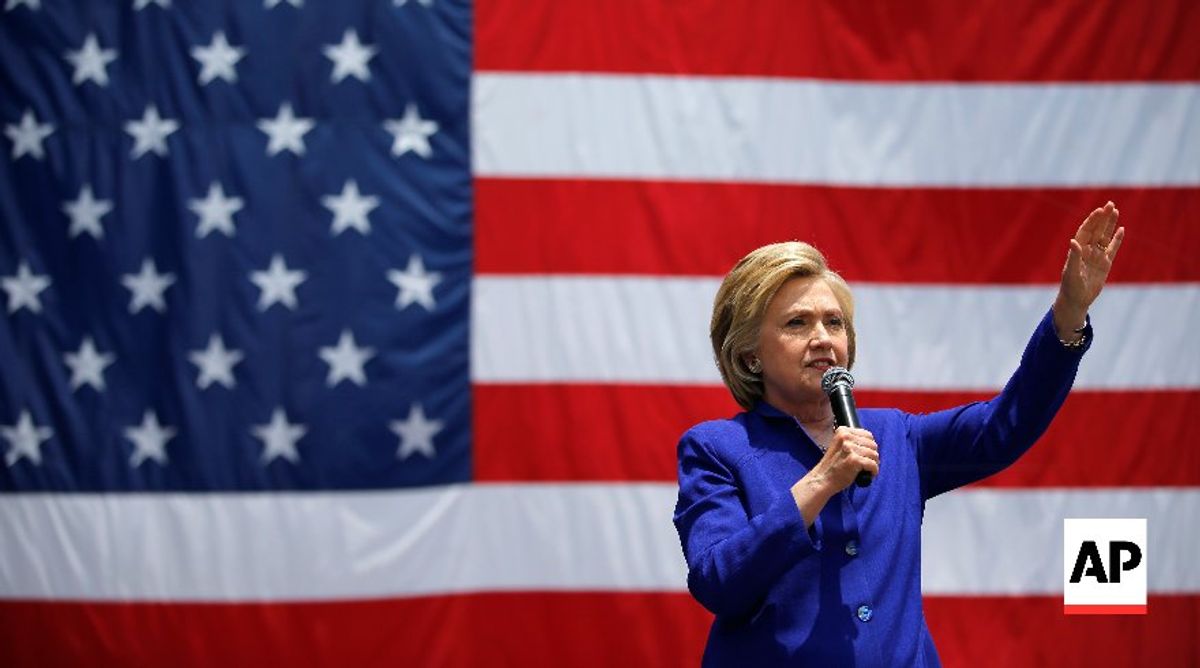 On 6 June 2016, on the eve of several primaries, news outlet Associated Press called the Democratic nomination for Hillary Clinton:

Hillary Clinton has commitments from the number of delegates needed to become the Democratic Party's presumptive nominee for president, and will be first woman to top the ticket of a major U.S. political party. An Associated Press count of pledged delegates won in primaries and caucuses and a survey of party insiders known as superdelegates shows Clinton with the overall support of the required 2,383 delegates. Now the presumptive nominee, she will formally accept her party's nomination in July at the Democratic National Convention in Philadelphia.

The Associated Press declared Mrs. Clinton the presumptive nominee by reaching out to superdelegates who had not announced which candidate they were supporting, and confirming that enough were backing Mrs. Clinton to get her to the magic number of 2,383.

However, superdelegates (or unpledged delegates) can change their minds and switch their loyalties until the Democratic National Convention, so it's not completely accurate to call Clinton the presumptive nominee.  That point wasn't lost on the Sanders campaign, which quickly put out a press release saying the Associated Press had jumped the gun:

It is unfortunate that the media, in a rush to judgement, are ignoring the Democratic National Committee’s clear statement that it is wrong to count the votes of superdelegates before they actually vote at the convention this summer.

Secretary Clinton does not have and will not have the requisite number of pledged delegates to secure the nomination. She will be dependent on superdelegates who do not vote until July 25 and who can change their minds between now and then. They include more than 400 superdelegates who endorsed Secretary Clinton 10 months before the first caucuses and primaries and long before any other candidate was in the race.

“Our job from now until the convention is to convince those superdelegates that Bernie is by far the strongest candidate against Donald Trump.