Two people were shot and killed on university grounds in an apparent murder-suicide. 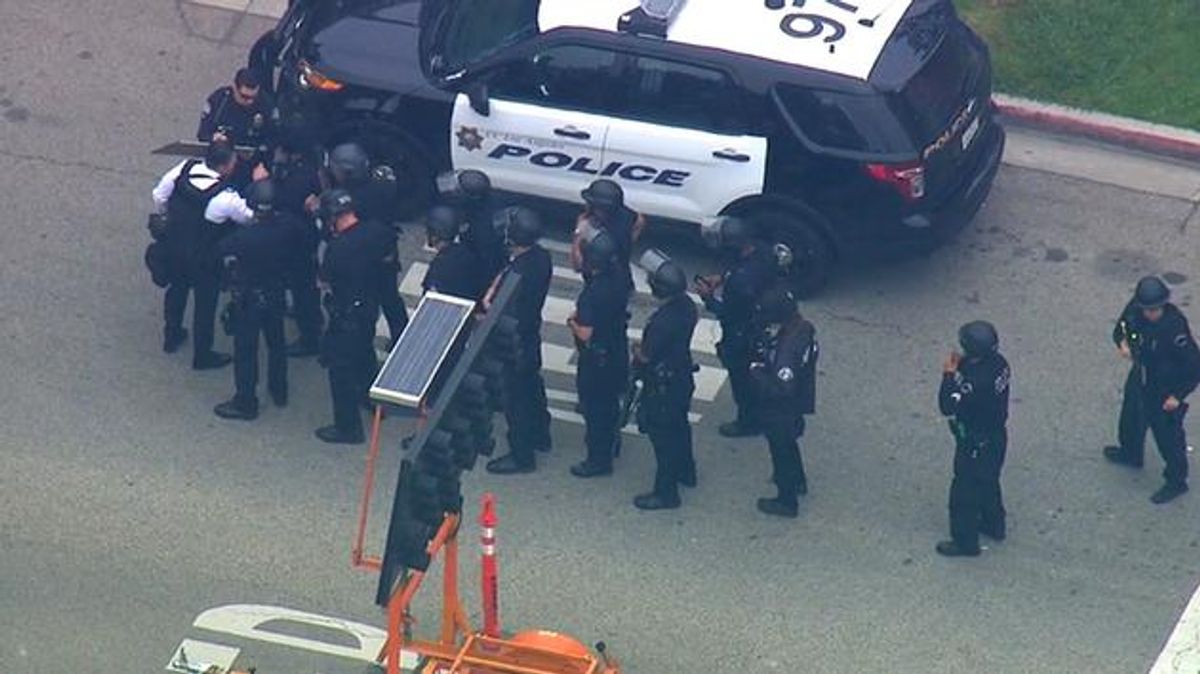 Two men were shot and killed in what appears to have been a murder-suicide on the campus of the University of California Los Angeles, prompting a massive response from local and federal law enforcement.

Police say they got the first call just before 10:00 AM, and the university issued a terse "shelter in place" warning:

Police are investigating a shooting in Engineering IV. Police are on the scene and report that there are two victims. The campus remains on lockdown.

People are being asked to shelter in place.

Los Angeles police chief Charlie Beck told media that after evacuating and securing the campus, they found "no evidence" that the scene was anything but a murder suicide, the area was safe, and law enforcement is now in the investigation phase.

The campus newspaper, the Daily Bruin, reported that students heard loud noises and then gun shells dropping. The shooter was described as a white male, about six feet tall, wearing black pants and a black jacket.

21-year-old UCLA student Mehwish Khan told the Los Angeles Times that she took cover in the library with several other students:

"Everyone was very confused. We got in a building, and no one knew what was going on," she said.

As she spoke by phone, she started hearing helicopters hovering overhead.

"A lot of people thought it was a joke or a drill," she said.

Students on campus used belts and other objects to secure classroom doors:

Using my belt to lock the door down. #UCLA #activeshooter pic.twitter.com/XIxm0uWIe3

The Federal Bureau of Investigation and the Bureau of Alcohol,  Tobacco, Firearms and Explosives were among entities that responded to reports of the shooting:

The victim was identified as 39-year-old William S. Klug, an associate professor of mechanical and aerospace engineering.  Police identified the killer as former doctoral student Mainak Sarkar, who then turned the gun on himself.  Previously, Klug was listed as Sarkar's advisor:

In his doctoral dissertation, submitted in 2013, Sarkar expressed gratitude to Klug for his help and support.

A syllabus from 2010 lists Sarkar as one of two teaching assistants in a mechanical and aerospace engineering course, MAE: 101: Statics and Strength of Materials. Sarkar was listed in the 2014 doctoral commencement booklet with Klug as his advisor.

“Thank you for being my mentor,” he wrote in the acknowledgements.

However, the relationship soured over time; Sarkar accused Klug of stealing computer codes and giving them away, and appeared increasingly obsessed with him on social media.