The move comes as the Cruz campaign tries to revive flagging momentum in the presidential race. 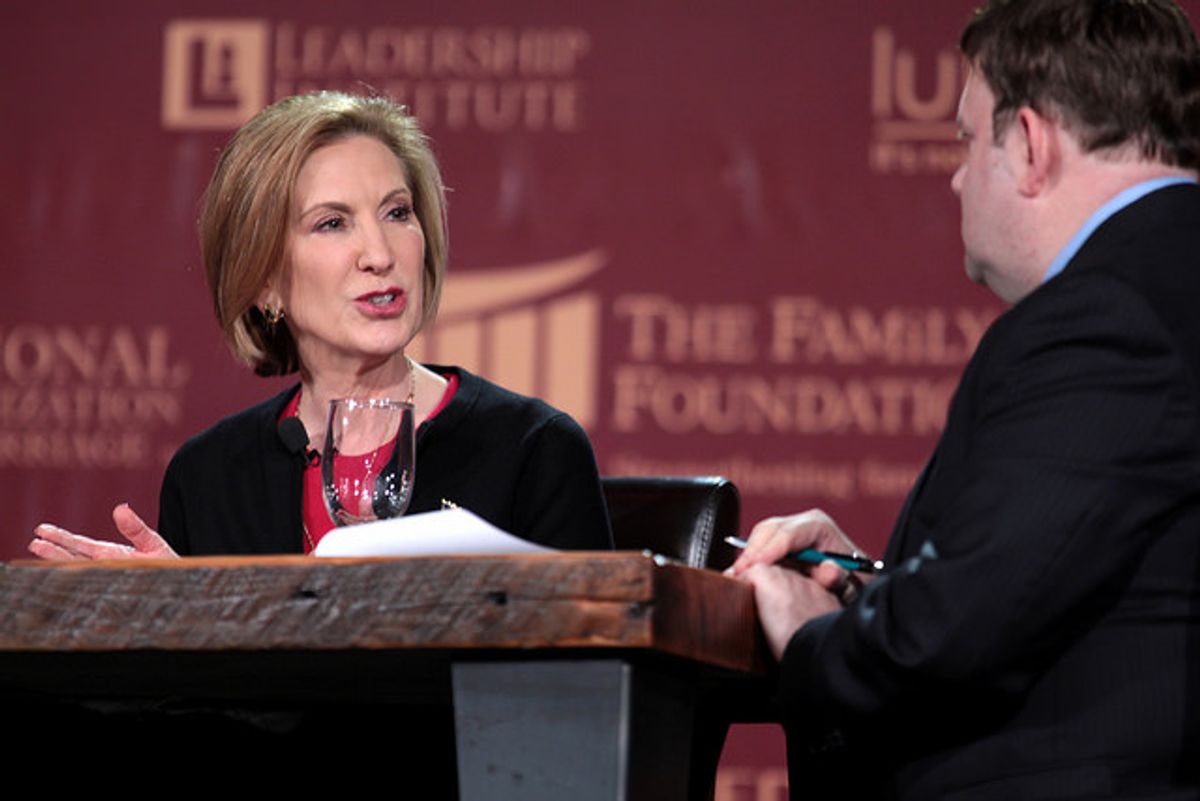 Republican presidential candidate Ted Cruz plans to tap Carly Fiorina as his running mate, according to senior campaign officials.   The unusual move comes as the gap widens between Cruz and rival Donald Trump, who has been scoring unexpectedly large victories on the East Coast:

"After a great deal of consideration and prayer, I have come to the conclusion that if I am nominated to be president of the United States that I will run on a ticket with my vice presidential nominee Carly Fiorina," Cruz said during a rally in Indianapolis.

Indiana votes Tuesday in the next GOP contest.

Cruz must have a strong showing in the Hoosier State to help block rival Donald Trump from securing the 1,237 delegates necessary to win the nomination, and keep alive his hopes of a contested Republican National Convention.

Cruz's move to bring in Fiorina if he gets the nomination also comes as Trump receives more and more criticism for his remarks about women:

....Mr. Cruz’s gambit may present a perilous challenge for Mr. Trump, who faces mounting criticism for his derisive remarks about women, including his repeated claims that Mrs. Clinton’s sole political asset is “the woman’s card.”

Already viewed unfavorably by a majority of women in general election polls, Mr. Trump has clashed savagely with Mrs. Fiorina in the past. He has mocked her business record, her voice and even her looks. “Look at that face,” Mr. Trump said in an interview with Rolling Stone magazine last summer. “Would anyone vote for that?”

Trump responded (as he often does) with a tweet: