A viral video shows the couple seemingly unaware of the drama going on behind them. 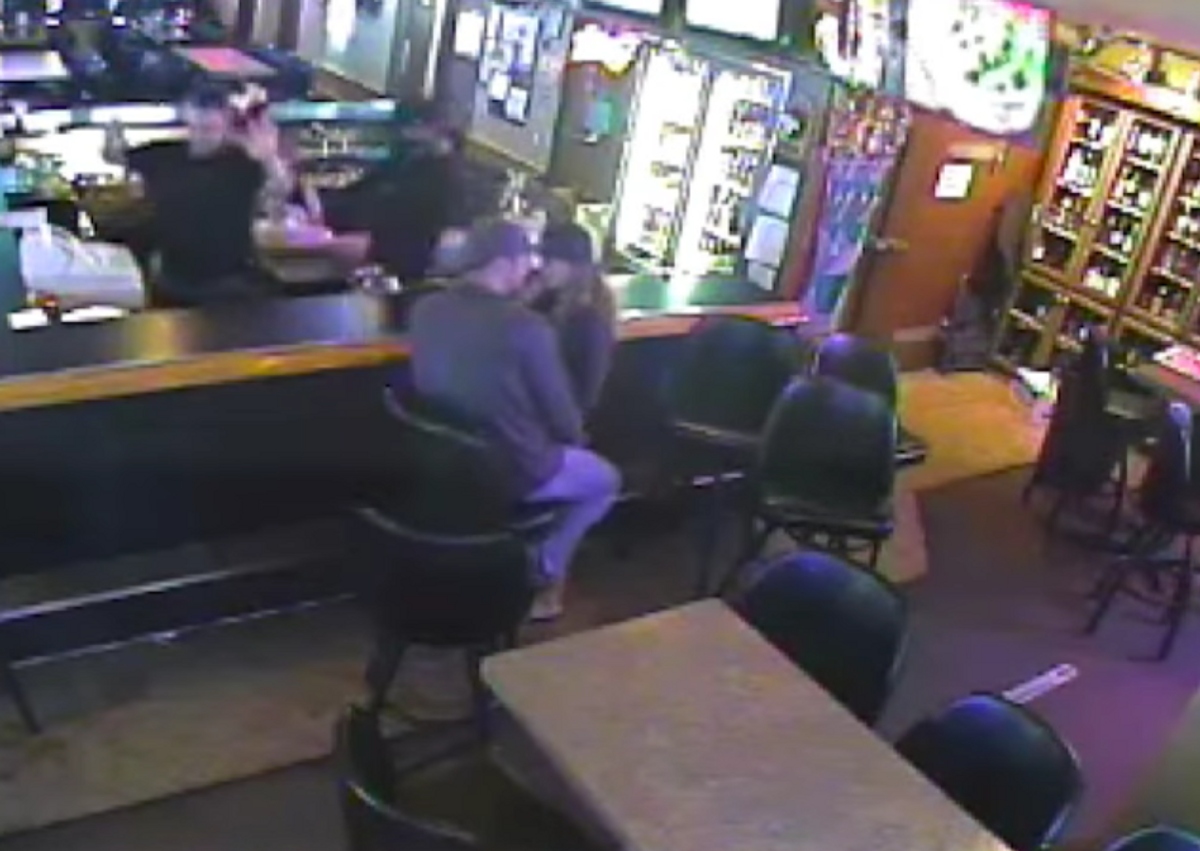 A couple that was apparently so preoccupied with nuzzling that they didn’t notice an armed robbery going on behind them have become the stars of a casino and bar's surveillance video.

The Tap Inn was hit on 11 April 2016 during a string of burglaries across Billings, Montana. The security cameras caught the robbers bursting into the bar, weapons drawn, and then grabbing as much money as they could — and it also caught the happy couple, seemingly completely unaware of the situation:

Bobbi Rhodes, who co-owns the Tap Inn, said she has been getting a lot of calls about the incident — but everybody just wants a copy of the video.  Rhodes told the Billings Gazette that she is saddened by the lack of concern for the victims:

Nobody has bothered to ask, how is my bartenders doing? How are my patrons doing?

No one was injured in the robbery. Police say they're continuing to look for the suspects.

The kissers have not been identified.