It was the singer and songwriter's 79th birthday. 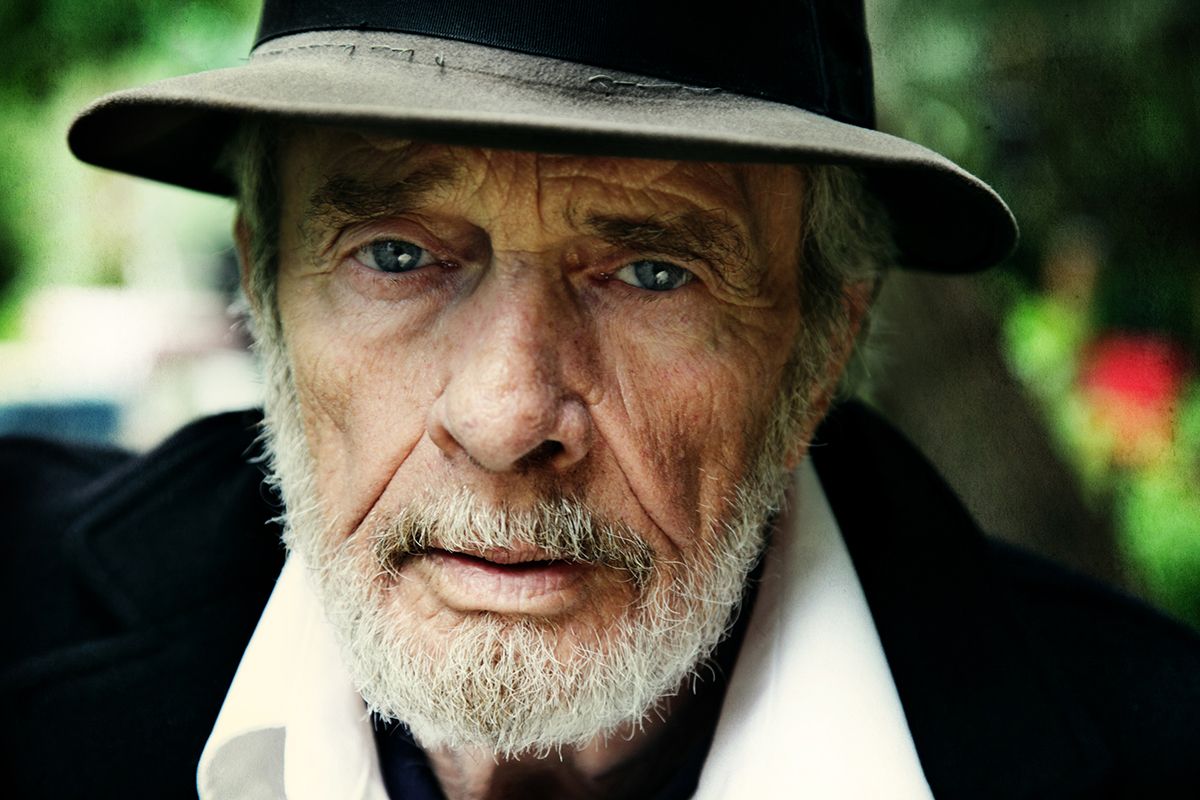 Merle Haggard, master guitarist, fiddler, singer, and songwriter, died Wednesday in California on what would have been his 79th birthday. Haggard's career spanned half a century and made him a household name, but began in seemingly the least auspicious place possible — the San Quentin prison.

Haggard was born to Oklahoma migrants in 1937.  The family lived in a converted rail car in Bakersfield, California, where many so-called "Okies" ended up following work during and just after the Great Depression.

Haggard was in and out of jail starting at 11 years old, and as a young man was sentenced to 15 years in prison for a burglary attempt. He only ended up serving two years of that sentence, but while he was there, he saw Johnny Cash play one of his famous sets for inmates.  The show changed the course of Haggard's life.

When he was released in 1960, Haggard decided to change his life. He got married, looked for work, and spent his evenings playing around the Bakersfield country music circuit. His music was part of the vanguard of what eventually because known as the "Bakersfield Sound": hard, twangy, and rough around the edges, rather than the slick and well-produced music that was coming out of Nashville at that time.

Haggard's music always had a blue-collar edge, and famously said that music was his only ticket out of poverty — but he never forgot where he came from, writing and performing hits like "Okie from Muskogee," "Workin' Man Blues," and "Sing Me Back Home," a ballad about life in prison:

In 1972, then-Governor of California Ronald Reagan pardoned him, erasing his criminal history, and he was invited to play at the White House by the Nixon administration.  Haggard was inducted into the Country Music Hall of Fame in 1994.

Haggard toured regularly (even after surviving lung cancer) until he was no longer able, due to health issues.  He died of pneumonia in Palo Cedro, California. Haggard is survived by his wife and six children.