A store in Riyadh was temporarily closed to women while a functional "gender segregation wall" was installed. 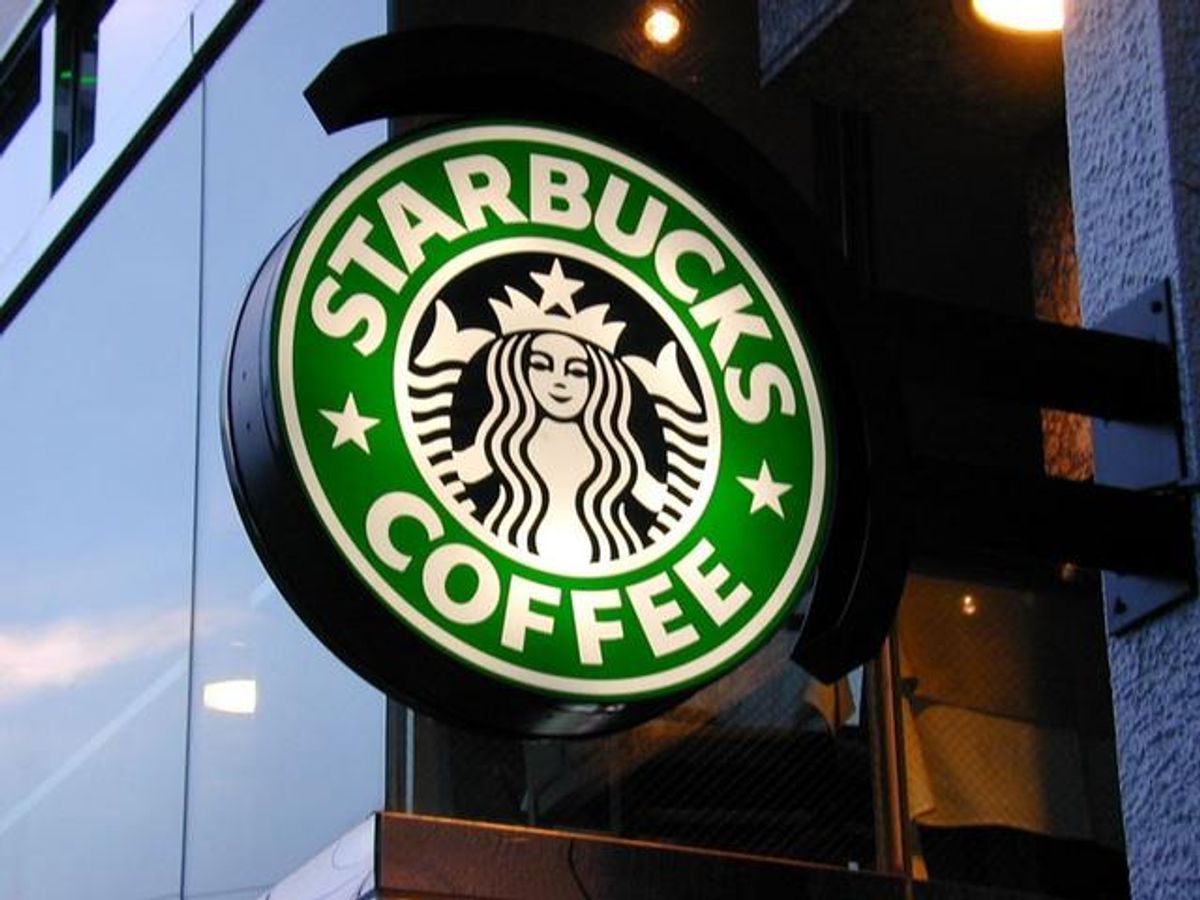 A Starbucks in Saudi Arabia made the news on 1 February 2016, after a photograph of its sign announcing that women were barred from the premises (and should instead send their male drivers in to pick up their orders) circulated on Twitter:

#Starbucks store in Riyadh refused 2 serve me just because I'm a WOMAN & asked me 2 send a man instead@Starbuckspic.twitter.com/6Nj6DkOtFJ

The Riyadh Starbucks was not allowing women into its store after religious police observed it lacked a required wall for separating men and women:

[The] Starbucks there denied women entry to the store after religious police in the city reportedly noticed that the "gender barrier" inside the coffee shop had been compromised. In Saudi Arabia, where women are infamously banned from driving, wood partitions known as gender barriers are reportedly present in every restaurant and even in food courts to keep men and women separate.

Starbucks issued the following statement in response, proclaiming that the issue was a temporary one involving local customs and in no way reflected a policy of banning women that was implemented or enforced by the company itself:

At Starbucks, we adhere to the local customs of Saudi Arabia by providing separate entrances for families as well as single people. In addition, all our stores provide equal amenities, service, menu, and seating to men, women and families.

The coffee shop, like other establishments in the region, was supposed to have a "segregation wall" to keep men and women separate as they ordered drinks, but it had either collapsed or had never existed.

On 8 February 2016, Starbucks announced that women were now allowed back in the store:

We have worked with local authorities to obtain approval to refurbish one of our stores in Jarir, which was originally built without a gender wall. That meant it could only accommodate men in accordance with local law.

This was the only such Starbucks store in Saudi Arabia. During construction, the store could only accommodate and serve single men, and a poster was placed at the store entrance as required by local law.

We are pleased to share that the store is now accessible to single men on one side as well as women and families on the other side.

Gender segregation permeates nearly every aspect of Saudi Arabia's culture. Women are unable to drive or vote and require a male chaperone or male permission to shop, work, study, or go to the doctor.