What Are the Origins of Groundhog Day?

The now-famous weather-predicting woodchuck was once a bear, a badger, and a hedgehog. 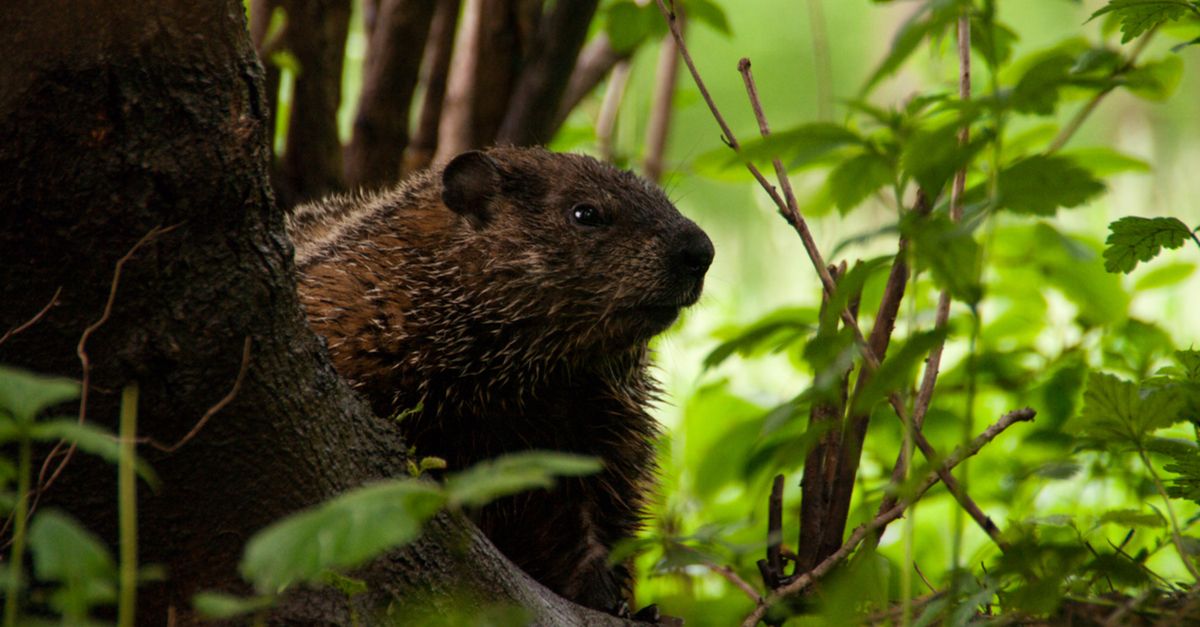 Every year, on 2 February, a crowd gathers in Punxsutawney, Pennsylvania (and other cities around the world) to see whether a rodent named Phil will emerge from a hole in the ground. If the groundhog comes out of his burrow and remains outside, so the legend goes, all will be well and the worst of the year's wintry weather has passed. But if he is startled by his shadow and runs back into his burrow, there will be six more weeks of winter.

The annual Groundhog Day ritual remains hugely popular, bringing tens of thousands to the Northeast to watch the groundhog emerge, despite his prognostications being mostly inaccurate. The National Oceanic and Atmospheric Administration (NOAA) has a compiled graph comparing Punxsutawney Phil's predictions to the actual weather and has noted that fewer than half of the critter's predictions were correct in 10 years. Nevertheless, crowds gather annually in tiny Punxsutawney (population: 5887) waiting for the prediction, in a modern tradition that has its beginnings in Europe's deep pagan past.

Commonly, Groundhog Day is traced to the Christian feast day of Candlemas, which is celebrated on the same day: 2 February. According to Don Yoder, a longtime professor of Pennsylvania German folklore and author of the book Groundhog Day, early attempts at meteorology included trying to predict future weather cycles based on moon phases and time of year. A bit of old Scottish doggerel sums up the belief about Candlemas:

In other (paradoxical) words, a sunny warmer day, a day in which a groundhog (or anyone else) might be reasonably expected to cast a shadow, meant winter would come roaring back, but bad weather indicated that spring would be following shortly.

The Candlemas date is significant, as it is thought to be the exact midway point between winter and spring. Yoder wrote that the Celts had four important days that were connected to their harvest: Samhain, Imbolc, Beltane, and Lughnasa, and each anticipated the three-month season ahead:

The four turning points of the Celtic year were November 1, February 1, May 1, and August 1. The year began with November 1, the Celtic New Year, and ended with the Harvest Festival of August 1.

All of these transitional days looked to the future, looked ahead to the next season, the coming three-month period, and hence were weather-important days. All of them also were sun festivals and fire festivals, with festive fires lighted on the hills and fire rituals performed, such as driving cattle between two fires to protect them from the coming season.

All of these fire festivals were so entrenched into the local cultures that the Church opted to "baptize" them and make them holy rather than trying to uproot them entirely.

1 May became May Day, in which flower-bedecked young maids dance around a maypole erected for the occasion; 1 November became All Saints' Day, characterized by costumes, gifts, and bonfires; 1 August became Lammas Day or Loaf-Mass Day, which is observed in England by baking loaves of bread from the new harvest that are said by the Catholic Church to symbolize the Eucharist; and 1 February was moved by a day to become Candlemas, the Christian festival of lights that also symbolized the purification of Mary forty days after the birth of Jesus.

The Celts held onto their days and their rituals long after Christianity took root and flourished, and tradition in British and western Europe still holds that Candlemas Day weather can predict the rest of the year. That belief traveled with immigrants and their agrarian practices to the New World, where the weather is now rather unsuccessfully predicted at midwinter by a series of small, shy rodents.

But where does the groundhog fit into it?

The groundhog (also known as the woodchuck, whistlepig, or Marmota monax) is a solitary animal and a hibernating species, sleeping through the most bitter and pinched parts of winter to emerge from its burrow at the beginning of spring to forage, which is traditionally (like other hibernating animals) associated with the cycle of the year and death and rebirth.

Its appearance coincides somewhat with the Candlemas/Imbolc feasts, and so if the animal did not appear or vanished back into its burrow after a quick look, it was thought to be a sign of poor weather to come.

However, the groundhog only became the mascot of springtime after early German settlers migrated to the northeastern United States. Before that, the duty was given to bears, badgers, or hedgehogs, also hibernating species that emerge around the same time of year, but neither badgers nor hedgehogs are native to the Pennsylvania region, and presumably nobody wanted to hang around a black bear den long enough to see whether or not he was startled by his shadow.

Groundhogs were plentiful in the region, and settlers quickly discovered they were edible. One town in Pennsylvania began cooking and serving groundhog specifically as a local delicacy, which apparently tasted like a cross between chicken and pork.

That town was Punxsutawney, where the meat was introduced at a local Elks Lodge banquet in 1889. It made such an impression that enthusiasts formed the Groundhog Club, which organized a yearly hunt and feast.

Punxsutawney's reputation was cemented as a groundhog town in 1902, thanks to a Pittsburgh Gazette cartoonist named C.M. Payne, who published a piece featuring "B'rer Groundhog, Punxsutawney": Over time, however, the groundhog fell out of favor as a delicacy and became better known as a mascot: Punxsutawney Phil, predictor of seasons. Now each year, the ritual atop Gobbler’s Knob in Punxsutawney involves tens of thousands (thanks in part to the success of the hit film Groundhog's Day) who sit and raptly watch the behavior of a drowsy and hungry creature as it pulls itself from its burrow for the first time since autumn.