Most social media users have encountered a hoax (or ten); here's our cheat sheet on how to spot fake news before sharing happens. 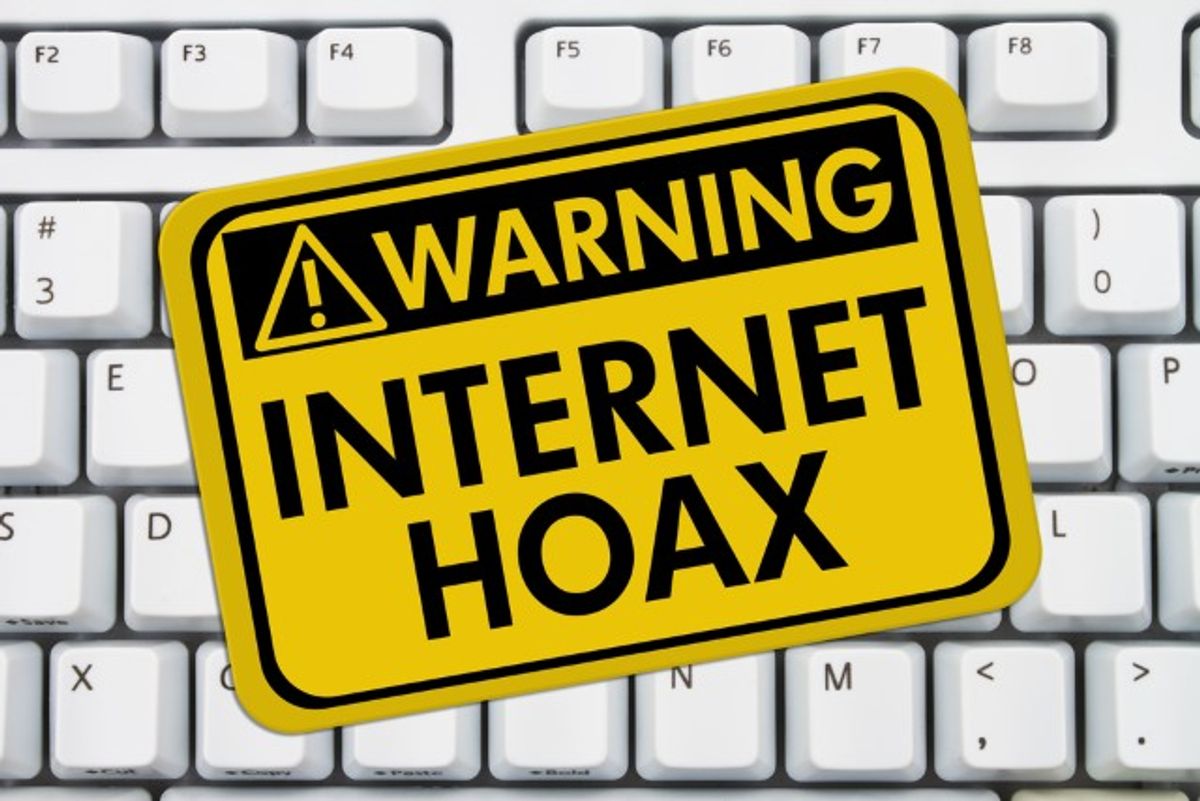 The spectrum of less-than-credible links posted to social media sites is vast. In addition to deliberately written fake news stories (often somewhat inaccurately tagged as “satire”), the online world abounds with articles that are based on exaggerated, misconstrued, manipulated, misrepresented, or outright deceptive premises.

It’s fair to say that the majority of users on social media sites wish to share interesting, funny, compelling, unique, or otherwise discussion-worthy material without having to run full-scale fact checks on everything. It’s also reasonable to observe that every so often, not-so-trustworthy information will sneak into posts despite the best efforts and intentions of social media users. However, some common elements help identify shaky stories and poorly-sourced claims. It doesn’t take long to do a quick credulity check, and a healthy skepticism is the first step towards reducing the promulgation of nonsense on the Internet.

Is a particularly outrage-inducing claim suddenly taking over your news feed, with many folks sharing the same link?  Often such items are old stories that have been recycled to generate click-throughs, presenting information that is misrepresented and outdated.  Use the links provided in such outrageous items to trace them back to their original sources (you may have to follow several links in a chain to get there) and check their publication dates.  Often you’ll find that whatever it is you’re supposed to be outraged about took place several years ago and/or has long since been resolved.

For example, one rumor active in April 2015 claimed cash transactions had recently been made illegal in Louisiana. That news was well over three years old by then, had been inaccurately reported, and the law on which it was based had since been amended. A variation of this phenomenon occurs when online rumors bounce around across national borders, such as an October 2014 report that suggested Muslim nurses don’t have to wash their hands before participating in surgeries. Not only was the rumor untrue, but it had been ping-ponging between American and British news sites since early 2010.

Another way that titillating (but false) stories spread is the effect of multiple popular web sites simultaneously picking up a viral lead but all sourcing it from the (very) unvetted original. One illustrative, high-profile example of this phenomenon in 2014 involved Florida resident Alicia Hessler, who (using the alias “Jasmine Tridevil“) became briefly famous on the Internet after claiming she had undergone cosmetic surgery to add a third breast: All of the information (including photographs) initially reported about “Jasmine Tridevil” and her third breast came from Hessler herself, who tellingly declined to provide the single most important piece of evidence needed to validate her claim: a clear, unambiguous photograph of her putative third breast.  Instead, all she offered were selfies that showed only a small portion of her (covered) bosom and didn’t rule out her use of a prosthetic.

Despite multiple red flags in her original story (including a complete lack of independent corroboration), many high-profile web sites initially reported it as if it were credible. It didn’t take long for “Jasmine”‘s tale to fall apart, but not before it was widely spread across the Internet by sites more interested in promoting outrageous stories than in validating them.

If a story that simultaneously appears on many different popular news sites sounds too good to be true, check to see if all of those sites are referencing the same source. Single-source reports based on premises that are hard to swallow often turn out to be media hoaxes, pranks, or simply shoddy reporting (such as the time a Fox News contributor claimed “Sharia no-go zones” were plaguing France and England).

Here on snopes.com, we have an entire section dedicated to debunking rumors that originate on sites created purely for the purpose of spreading fake news. A number of such sites are well-known hoax purveyors, but their articles have nonetheless achieved significant traction on social media, especially during times of national tension over prominent social issues.

For example, in October 2014, during a time of widespread concern over the spread of the Ebola virus, the fake news site National Report spread a fabricated story about an Ebola-related quarantine in the small town of Purdon, Texas. That report was bunk, but the fear it engendered was genuine. When you see a questionable news item online, go to the source site and see what other material they’ve published. If their body of work consists entirely of shocking, outrageous, and too-good-to-be-true stories, they’re probably making it all up.

THE DECEPTION IS IN THE DETAILS

Among other techniques, fake news sites sometimes falsify corroboration from credible news outlets to lend their reports an air of verisimilitude and outrun skepticism. An example of this phenomenon took place in March 2015, when a rumor claiming that motorcycle riders had been classified as gang members by the FBI made the social media rounds.

At first glance, the report looked to have originated with the venerable Washington Post. However, careful inspection revealed the story came from a fake news site, and that story had been republished by a site using a spoofed domain name imitative of the Washington Post‘s real domain name to fool readers. Fake news sites have also been established to spoof MSNBC and thereby spread otherwise dubious stories. If a prominent news outlet’s domain name has been appended with .co or .info (e.g., washingtonpost.com.co), that domain likely points to a fake news site.

One tactic employed by pranksters attempting to pull off online hoaxes and spread fake news stories involves the use of photographs. A good and believable photograph goes a long way towards getting social media users to buy what you’re selling.

Well-written or plausible (but nonetheless fake) news stories can often be spotted through the use of reverse image searching. Google Image Search and TinEye are two tools that can be used to search the web for a particular image, a process that often exposes fake news stories through their use of recycled photographs. Examples of this misleading use of photographs include a circulated photograph that purportedly showed a woman whose mouth and eye had been sewn shut by Muslims in Saudi Arabia due to her profession of her Christian faith. However, a reverse image search revealed that the picture actually originated in Japan and depicted an example of extreme body modification.

Another example of this trickery involved a Facebook scam about a baby supposedly born with his heart outside of his chest. Reverse image searches quickly revealed that the image was a real photograph of a baby with an unusual (but different) medical condition who had been diagnosed and treated years earlier. This type of trickery popped up again again when several disreputable web sites republished a fake news item about a CIA agent who had allegedly admitted on his death bed to having assassinated Marilyn Monroe. The photograph of the supposed CIA agent that accompanied those reports was actually stolen from an unrelated newspaper article published a year earlier.

WHERE IN THE WORLD? …

Is a hard-to-believe claim spreading all over Twitter something that reportedly happened in a far-flung place? Compelling tales are often assigned to locales in countries where news reports are difficult to verify. Russia is often selected as the setting for wacky hijinks, such as an alleged photograph of a bear mauling or a claim that a cheating husband’s testicles had been stolen. China is another favored location, the putative site of stories such one about a man who sued his wife for bearing him ugly children, or a rumor that a miner was rescued after spending 17 years underground. Language barriers and perceived cultural differences make it easier to fabricate tales about foreign countries.

Nonsense links on the Internet don’t always follow the patterns described above. But more often than not, a critical aspect of credibility is lacking from outrageous stories.