An outbreak of sexual violence across Germany during New Year's revelries is being popularly blamed on asylum seekers and migrants. 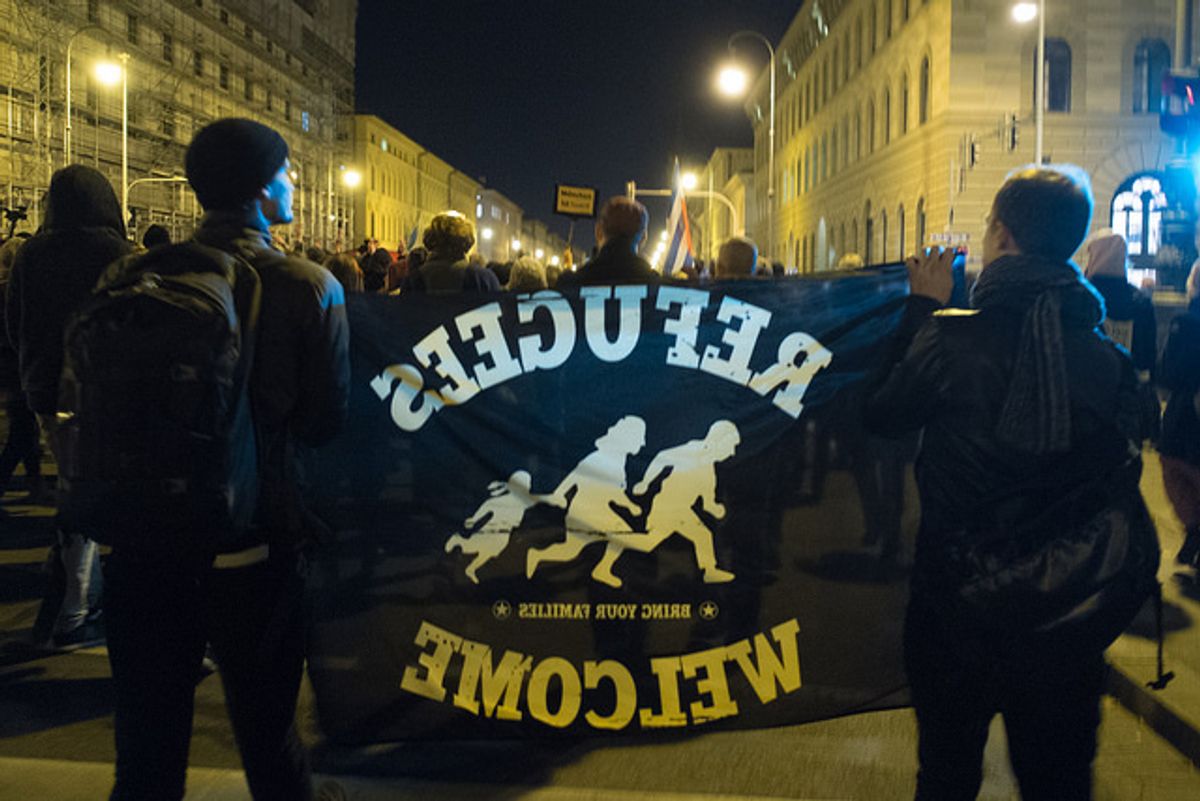 On New Year's Eve, as revelers worldwide gathered to celebrate the arrival of 2016, the city of Cologne, Germany, was beset by a rash of assaults and robberies.  Police said that they received hundreds of complaints, which included at least two reported rapes, in a string of attacks that lawmakers said may have been coordinated (an aspect that law enforcement disputed).

Police — and the media — were quick to blame refugees and immigrants, saying the attacks involved possibly hundreds of men, who many described as being of "Arab appearance."  A report from 10 January 2016 found that the suspects detained so far, who have not as yet been charged, were foreign-born.  At least nineteen men are being investigated, of whom ten are seeking asylum while the other nine are believed to be in the country without documentation.

This has been enough for much of western Europe to blame Germany's relatively open immigration policy, which in the wake of the Cologne attacks has received a fresh round of criticism. However, rape and street harassment is not something that occurs in only one part of the world, as lawyers and other critics have pointed out.  Critics have also said that the description of the possible suspects is incomplete, and an inadequate police response is also to blame for the attacks, which took place not just in Cologne that night but in eight different cities across Germany.

While it's possible that all of the attackers were, indeed, immigrants or asylum-seekers, the everyday atmosphere in Cologne (and other German cities) might suggest otherwise.  One activist told German news outlet Deutsche Welle that women have been putting up with street harassment and sexual assaults since long before the refugee crisis began:

"Because refugees are now a burning topic, the media all of a sudden report about these events, but what nobody wants to admit is that these things happen all the time. I'm sorry to break this to you, but German-born men also harass and rape."

Incidents of anti-refugee violence (and "human hunts") are already brewing in Germany as a direct result of the New Year's events, despite pleas from the government to not jump to conclusions until the investigation is complete.  Germany's Justice Minister Heiko Maas told the press that "some people appear just to have been waiting for the events of Cologne," adding:

As abominable as the crimes in Cologne and other cities were, one thing remains clear: there is no justification for blanket agitation against foreigners.