Authorities in France confirmed Diesel, a 7-year-old police dog, was killed by an explosive device during a counterterror raid in Saint-Denis. 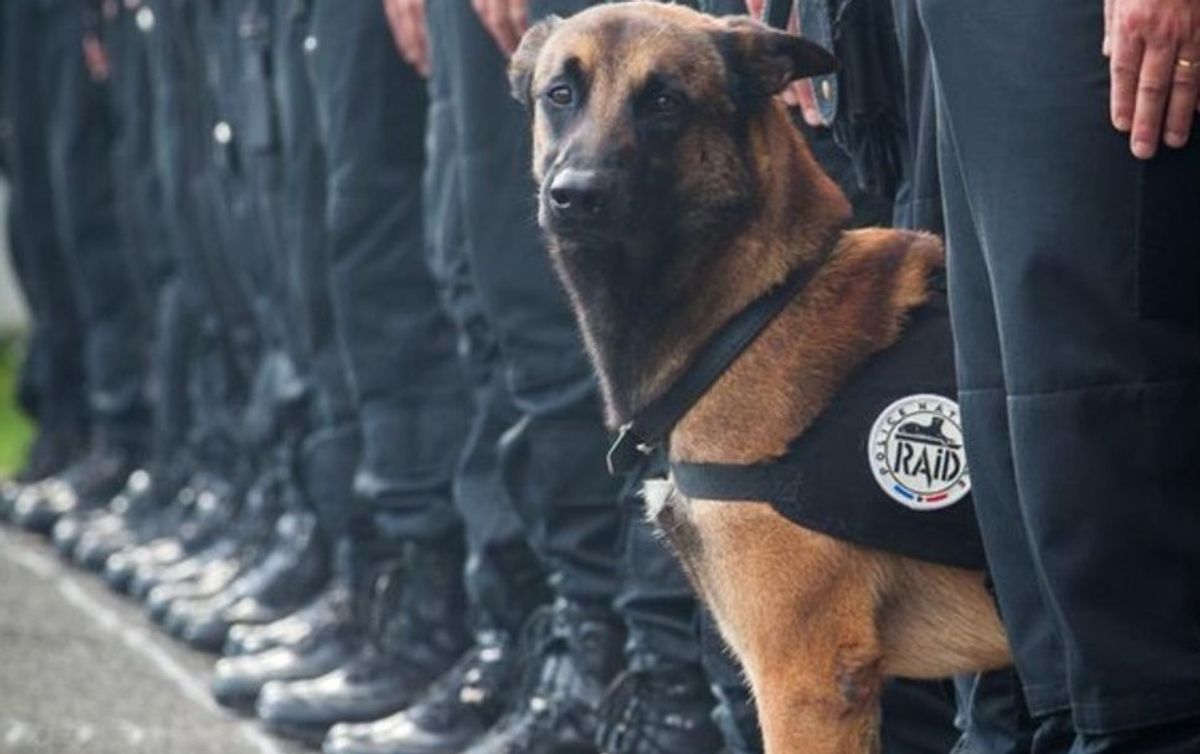 [green-label]NEWS:[/green-label] On 18 November 2015 police in Paris sent a tweet confirming that Diesel, a seven-year-old Belgian Malinois, "was killed by terrorists in the current operation (in Saint-Denis)":

["[INFO] Diesel, malinois 7 years, dog assault of the #RAID was killed by terrorists in the current operation #SaintDenis"] Less than an hour before tweeting news of Diesel's line of duty death, French officials used Twitter to advise users about ongoing raids in Saint-Denis:

A photograph (above) commonly appended to news stories about Diesel's death came from a later tweet about the role of search dogs in counterterrorism measures, but it wasn't clear whether the dog depicted was Diesel herself:

["Assault and explosives search dogs: indispensable in the missions of the operators of the #RAID"]

The Guardian reported that Diesel wasn't the only Malinois to assist in a major counterterror raid in recent years:


Special forces regularly use dogs trained to sniff out explosives. During the raid that led to the death of Osama bin Laden, US navy Seals special forces used Cairo, also a Malinois, which had undergone the canine equivalent of special services training.

Cairo was responsible for helping to secure the perimeter of the Bin Laden house, sniffing out bombs and, if necessary, attacking people. He wore a Kevlar vest with harnesses for rappelling and parachuting, and a night-vision camera with a 180-degree field of vision.

According to the Toronto Sun Diesel was previously honored for her service, and was ensuring the building was secure at the time of her death:


Diesel was reportedly sent into the building before the raid to sniff out explosives and other booby traps when a woman wearing a suicide vest burst through a door and fired a machine gun at police.

She then blew herself up, killing Diesel.

The pooch had been decorated for its service several times over. The separate account identified the dog depicted above as Diesel, minutes before she died in an explosion. After Diesel's death was confirmed on Twitter, users across the world adopted the hashtag #JeSuisChien.