No, "offended Muslims" didn't demand that Halloween be canceled at a New Jersey elementary school. 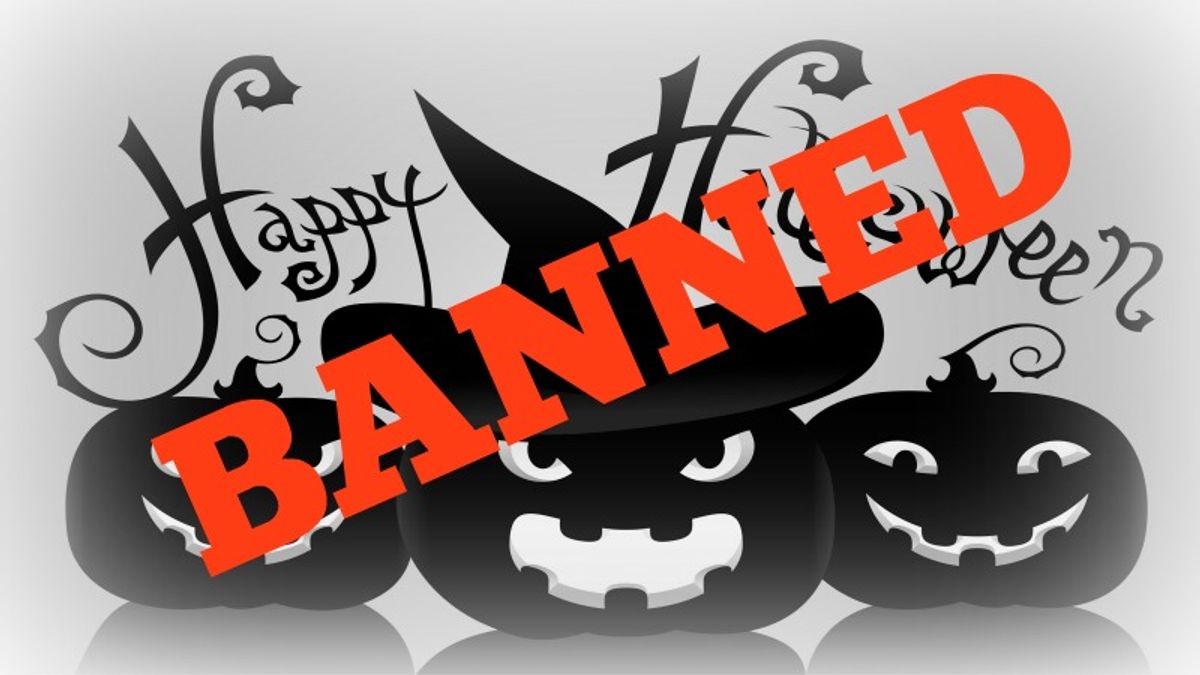 On 20 October 2015, the website NJ.com published an article titled "N.J. School Nixes Halloween Celebrations, Cites Diversity." According to that article, officials at Seth Boyden Elementary School in Maplewood, New Jersey, sent letters to parents informing them that there would be no in-school Halloween celebrations this year. No such celebrations had been planned in the first place (and thus none were "canceled"), but a spokeswoman for the district stated that the letter was nonetheless sent to "avoid confusion":

[A] message one New Jersey elementary school sent to parents last week [w]as a reminder that students will not be having Halloween parties at school. In a letter home to parents on Oct. 12, Seth Boyden Elementary School Principal Mark Quiles, and PTA Co-Presidents Amelia Riekenberg and Donna Upton, said the school's diversity prompted the Halloween celebration decision.

According to the letter, about 20 percent of the school's student body did not participate in last year's celebrations, either while they were at school or by choosing to stay home on Halloween.

According to Suzanne Turner, spokeswoman for the South Orange-Maplewood School District, the policy will not extend to other schools in the district, or to other holiday celebrations at Seth Boyden. There had been no plans to celebrate Halloween at the school this year, the note was just sent home "to avoid confusion," she said.

In the comments section of that article, author Jessica Mazzola stated she contacted a district spokesperson to ask "which groups" objected to Halloween activities at Seth Boyden. No portion of the original article or comments from administrators of South Orange-Maplewood School District mentioned "groups" of any type (referencing only the student body at large), making the inclusion of the question somewhat puzzling and without context. In response, the spokesperson said:

It is a variety of different types of families. Nor do they oppose Halloween celebrations — they simply don’t participate. Halloween is not an educational activity nor is it part of the curriculum. Therefore, Seth Boyden is celebrating the fall in other ways which are more inclusive, such as their Harvest Festival on October 17th and individual fall projects in classes. Families have multiple opportunities to celebrate Halloween outside of school hours.

It's possible the specter of Halloween-ruining "groups" was invoked by subsequent aggregations of the story. On 20 October 2015 the Daily Caller published a piece titled "New Jersey School Bans Halloween for ‘Diversity’ Reasons" (claiming unnamed parties were "offended" by the holiday), and on 21 October 2015 Bare Naked Islam followed up with a post titled "NEW JERSEY School Bans Halloween Because It Is Offensive to Muslims." The latter largely lifted the Daily Caller's article, appending the latter site's unsupported inferences:

Yet another elementary school, this time in New Jersey, is cancelling Halloween because it is offensive to the school’s diverse student body. (Which is code for not wanting to offend Muslim sensibilities.)

Seth Boyden Elementary School in Maplewood held annual Halloween activities including a student parade, but now the pressures of diversity mean these activities are no longer appropriate, school officials say. (The only thing the school is concerned with are costumes that are offensive to Muslim terrorists) The source of the photograph tacked on by that latter site wasn't apparent, but it was clearly not in any way related to Seth Boyden Elementary School or any Halloween-related decisions. The image had appeared on the Internet as far back as 2008 and was initially published exclusively on sites outside the United States. Moreover, we were unable to locate any information suggesting that American children regularly chose costumes in any was similar to the one depicted (much less would be allowed to wear such a costume to a public school).

A similar (and widely misconstrued) controversy over a "Halloween ban" closely preceded the Seth Boyden Elementary School kerfuffle. In that instance, the Connecticut Post published a broadly aggregated article claiming schools in Milford, Connecticut, had "banned" Halloween, but the school district later admonished the media for distorting the story and clarified that they had simply moved (not "banned") Halloween festivities. Predictably, later iterations of that rumor claimed Muslims were behind the Milford Halloween controversy, but no evidence supported that assertion.

On 20 October 2015, an editorial written by Seth Boyden PTA Co-President Amelia Riekenberg about the Halloween controversy was published to a local web site. In that piece, Riekenberg addressed a number of "misconceptions" about the decision (which she said resulted in numerous "vitriol[ic]" phone calls to the school):

In fact, I have never received a single complaint from the families of children who “opt out” of the Halloween celebrations. They have not asked that other children not be allowed to celebrate this holiday in school. They have not raised their voices or been vocal in any way. They are, by and large, a silent minority. They quietly keep their children home or return the form asking that their child not participate in the Halloween activities. On the other hand, I have escorted children out of a classroom getting ready to celebrate Halloween (with candy and other fun items), and I have witnessed quiet, sad faces. And I have seen tears from children who don’t have a costume or whose mom/dad/guardian cannot come to school like the other parents because he or she cannot take off from work. And last year, I helped the school coordinate what to do with the 120 children who opted out of Halloween.

Halloween was not “cancelled due to diversity.”

[D]iversity did not lead to the decision not to have a Halloween parade in school. Unity led to this decision — everyone counts, or nobody counts.

Riekenberg linked to a 15 October 2015 article on the same web site, quoting a letter sent by the school to parents informing them about the non-scheduling of in-school Halloween activities. As she stated, the letter described the student body as "diverse" but stated that the change was due to the large number of excluded kids at that school:

The decision to not hold an in-school Halloween celebration this year was made by Principal Mark Quiles with the support of the Seth Boyden PTA. Given the large number of families who opt out of the school-based Halloween celebration there each year, district administrators agreed that this is an issue that is specific to the Seth Boyden community. We respect the decision that has been made at the school level. We understand that many families really enjoy the Halloween tradition and of course are not suggesting that anyone cancel or change how they celebrate Halloween outside of school.

Demographic data from the zip code in which the school was situated contradicted the claim that the abstaining students were likely primarily Muslim. While Maplewood's population came in at slightly a higher share (3.0%) than the national average of 0.8% Muslim, the numbers didn't indicate that a school awash in the influence of Islam kowtowed by cancelling Halloween.

It is true Seth Boyden Elementary School opted to discontinue in-school Halloween festivities in 2015, due to the high number of non-participating students the year prior. But administrators and PTA officials later confirmed that the decision was primarily one of logistics and consideration for kids left out, adding that no groups demanded or even requested such a change be made. Blog posts and social media comments speculated that "Muslims" were to blame for the decision, but those inferences were largely made by folks outside the district and not based on any credible information. Moreover, no one expressed being "offended" by Halloween, and the district explained that coordinating in-school Halloween events was simply becoming increasingly difficult when one in five kids didn't participate.