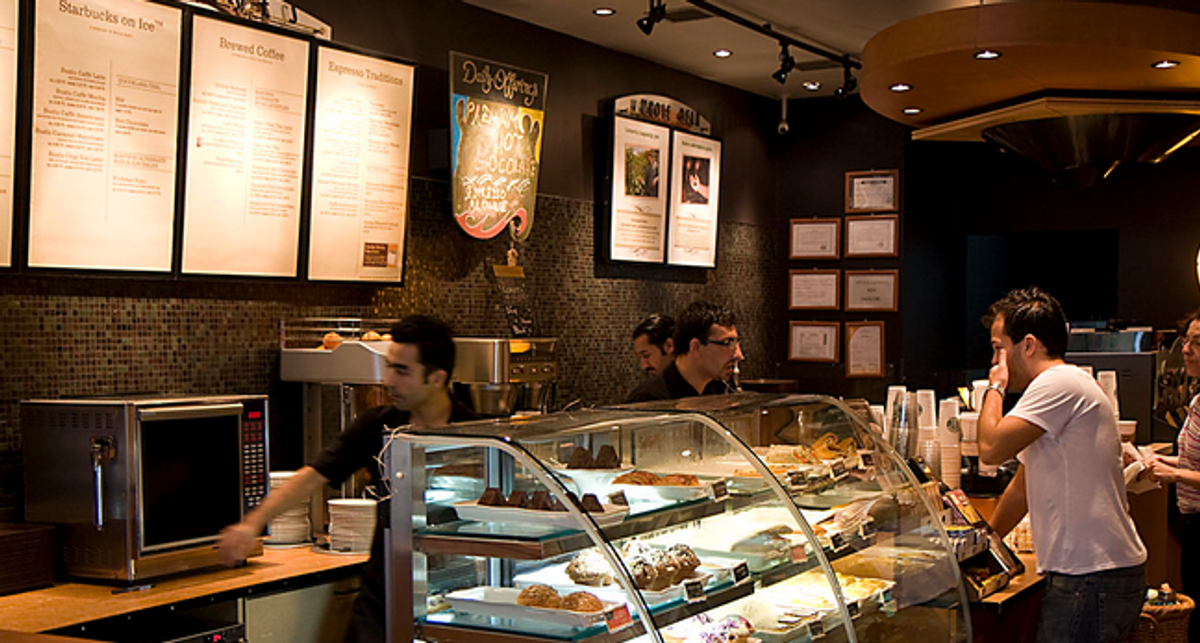 NEWS:   A police officer reported that a barista at a Philadelphia Starbucks refused him access to the bathroom because he was a cop.

Thought you world like to know this happened at your 1301 Chestnut St in Philadelphia. In a time when police are being made the enemy, Your clerk pulls this nonsense. And might I point out, this store is a frequent caller to police for some sort of service. Leighthardt didn't say that he was the police officer in question (or that he was present for the described interaction), and the Philly Voice later confirmed that Leighthardt had merely posted secondhand information to Starbucks' Facebook page.

The post subsequently went viral, possibly owing to the significance of the date on which it was posted (September 11th): hundreds of first responders died on duty at the World Trade Center on 9/11, and their sacrifices are often remembered on the anniversary of that day. However, Leighthardt didn't specify when the purported incident occurred, nor did he elaborate upon how he came across the story (simply saying that he had deliberately obscured the original poster's name):

Leighthardt's posted item implied that a police officer had been refused access to a Starbucks bathroom because his uniform identified him as law enforcement, while the barista's stated reason was that the business' restroom was for "paying customers" only, leading the reader to surmise that the tacit reason behind the denial was the barista's distaste for cops.

In an ensuing (and lengthy) comment thread, Leighthardt addressed questions from skeptical users and stated that the Starbucks in question regularly permitted non-paying homeless people to use the restrooms (and called the police to remove them from the premises when necessary). The content of some comments by Leighthardt indicated that the purported incident had occurred well prior to his Facebook complaint:

... because that site frequently allows non paying homeless into the bathroom and then call 911 to have them removed when they refuse to leave.

Secondly, the issue of not being able to use the bathroom didn't bother the original author (I merely reposted it) as did her public berating which was done solely because he was in uniform and knew he was unlikely to respond.

And lastly, I posted the comment til their page because calls to their customer service center were blown off and they didn't reply to any messages so I figured this was the next best way to get their attention. And it did as they now have been in direct contact with the officer and are conducting an internal investigation. Does that answer your question, oh lady with poorly dyed red hair?

Some commenters asked precisely what in Leighthardt's account constituted a refusal that was specific to police officers, to which he responded:

Because he was in uniform and berated him. Do you think she berates everyone in her store'? Take your anti police agenda elsewhere, I'm through discussing this with you.

In another response to a user claiming that Leighthardt wasn't an officer, he replied:

I guess genius that he is, [that user] missed the police uniform I was wearing in the original reposting at the top of the page

As Leighthardt wasn't the officer mentioned in the story, it was unclear which "reposting" he was referencing. Starbucks later told the Philly Voice their bathrooms are "open to the public," adding that they were in contact with the (still unidentified) officer and had apologized to him or her:

We want everyone who visits our stores to enjoy their visit. This customer's experience was not consistent with the welcoming and friendly environment we strive to create for everyone. We have personally apologized to the customer and look forward to welcoming him back to our store.

The claim made by Leighthardt (shortly after national attention was heaped upon a similar claim regarding the interaction of a police officer and an Arby's employee) hasn't yet been substantiated, and the officer purportedly involved in the incident has not yet been identified. Leighthardt repeatedly stated that that officer didn't care about the refusal, and that he took it upon himself to contact Starbucks repeatedly about the complaint. Multiple articles described the police officer Leighthardt referenced as a "sergeant," but the source of that detail wasn't readily available.

Although Starbucks has issued an apology, it isn't clear whether they've verified exactly what occurred at their outlet or pursued contact with anyone other than Leighthardt.