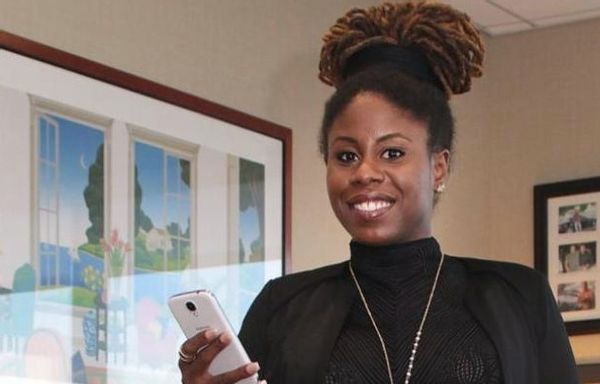 NEWS:   In March 2015, Long Island woman Kamilah (Kam) Brock said she had been involuntarily committed by the NYPD for saying President Obama followed her on Twitter.

On 23 March 2015, the New York Daily News published an article titled "EXCLUSIVE: L.I. woman says psych ward doctors believed she was delusional for insisting Obama follows her on Twitter." According to that article, 32-year-old Long Island resident Kam Brock reported that what started with a routine traffic stop in Harlem in September of 2014 spiraled into an involuntary psychiatric commitment lasting for more than a week.

The story was widely aggregated by a number of high-profile web sites, but all such articles were second-hand reports which simply referenced the Daily News piece. In the original Daily News article, Brock said she was pulled over on 12 September 2014 by officers in Harlem on suspicion of driving while under the influence of marijuana and her vehicle was temporarily impounded by the NYPD. When Brock visited the Harlem station house on 13 September 2014 to retrieve her BMW, she was reportedly involuntarily committed for psychiatric treatment.

No explanation was offered by Brock or the Daily News as to what occurred immediately prior to her custodial escalation. By the newspaper's account, Brock entered the station house to get her car and was whisked away for evaluation:

Brock — an eccentric 32-year-old born in Jamaica with dreams of making it big in the entertainment business — admitted in an interview she was "emotional," but insisted she in no way is an "emotionally disturbed person."

Nevertheless, cops cuffed her and put her in an ambulance bound for the hospital, her suit charges.

"Next thing you know, the police held onto me, the doctor stuck me with a needle and I was knocked out," Brock said, tearing up. "I woke up to them taking off my underwear and then went out again. I woke up the next day in a hospital robe."

Brock's purported ordeal had only begun at that point. Her description of what ensued is terrifying and wouldn't be out of place in the movie Gaslight. Brock said she was dosed with heavy duty sedatives and anti-psychotic medications and claimed doctors refused to believe statements she made about her working in a bank and being followed by President Barack Obama on Twitter:

According to the NYDN, Harlem Hospital's treatment plan for Brock read, "Objective: Patient will verbalize the importance of education for employment and will state that Obama is not following her on Twitter," and "patient's weaknesses: inability to test reality, unemployment."

Indeed, verifying such a claim is simple and straightforward.

Brock said that after she was released from the hospital she was billed more than $13,000 for her treatment, and she has since initiated a lawsuit over the incident. While documents supplied by Brock suggest that doctors were skeptical of her (easily verified) claims, the information currently available doesn't definitively prove those reasons were the sole cause of her detention.

A press release issued by Brock's attorney on 25 March 2015 outlined his client's version of events and the basis for her lawsuit against the city:

The Law Offices of Michael S Lamonsoff have filed suit against the City of New York's Health and Hospitals Corporation (HHC) and the City of New York on behalf of a client who was wrongfully detained by the police and committed to a mental health facility against her will. The suit is seeking damages and compensation for the misconduct of the New York City Police Department (NYPD) and the staff at Harlem Hospital.

On September 13, 2014, Ms. Kamilah Brock mistakenly went to the wrong precinct, NYPD precinct PSA 6, to inquire about the whereabouts of her impounded vehicle, a BMW325I. Rather than assisting Ms. Brock in finding the proper precinct, the officers treated her with mistrust and skepticism. They peppered her with irrelevant questions, including repeatedly asking her for her age and who owned her car.

Brock's attorney, Michael Lamonsoff, says race may have been a factor in the way Brock, who is African American, was treated. Mr. Lamonsoff was quoted as saying, "I believe that a 32-year-old white woman from Long Island would have had a different experience than Ms. Brock."

While waiting for information on her vehicle, the police told Ms. Brock that she was making them nervous with her "erratic" behavior. Frustrated by the lack of help from the NYPD, Brock attempted to leave, only to be detained and handcuffed by police who misleadingly told Brock they were taking her to her car. The police perpetuated this ruse by leading Ms. Brock into an ambulance where they continued to insist they were taking her to her car even though she was in handcuffs.

The ambulance transported Ms. Brock to Harlem Hospital where Brock was strapped down and forcibly sedated via injection. During her stay, she was repeatedly subjected to intravenous sedations and administered lorazepam and lithium. She was retained in the hospital for 8 days, during which time the hospital refused to check Ms. Brock's claims that she was a gainfully employed banker with no mental issues. The Hospital went as far as to notate Ms. Brock's statements in the hospital records but never attempted to verify them. Further, the hospital records reflect absolutely no violent behavior from Ms. Brock or justification for her involuntary detainment.

In an effort to show the psychiatric staff that she did not require psychiatric hospitalization and that she did not belong there, Ms. Brock truthfully explained that she was a banker and that her Twitter account was followed by President Obama. The staff interpreted these statements as an indication that Ms. Brock was suffering from delusions. Part of her treatment involved being forced to "admit" that her career was a fabrication and that she had never interacted on Twitter with the President.

After an 8-day confinement, during which she continually demanded to be released, Ms. Brock was discharged from the hospital with no warning or explanation. She says she was given discharge papers and told she was free to go with no comment on her progress or mental state. Simply, they let her out the back door and hoped she’d go away.

As a final insult, Ms. Brock received a bill for $13,637 for her involuntary stay in the mental healthcare facility. The Law Offices of Michael S. Lamonsoff has filed the suit in the United States District Court for the Southern District of New York. Defendants have yet to answer.

It's certainly possible Brock was wrongfully detained for more than a week, but the nature of psychiatric detentions are also such that it would be difficult to learn whether any other factors (not necessarily understood by the patient) prompted the seemingly unfair situation. Without corroboration from other involved parties, it's hard to say for sure whether Brock was solely or primarily detained due to her claims that the President followed her on Twitter.

On 10 September 2015, Brock's ordeal was revisited by local media outlets:

Renewed interest into Brock's suit led many social media users to believe she claimed the incident happened a second time; Brock's claims were simply reiterated in a "one year later" fashion, however, and had not been reported by her as a separate, new event.