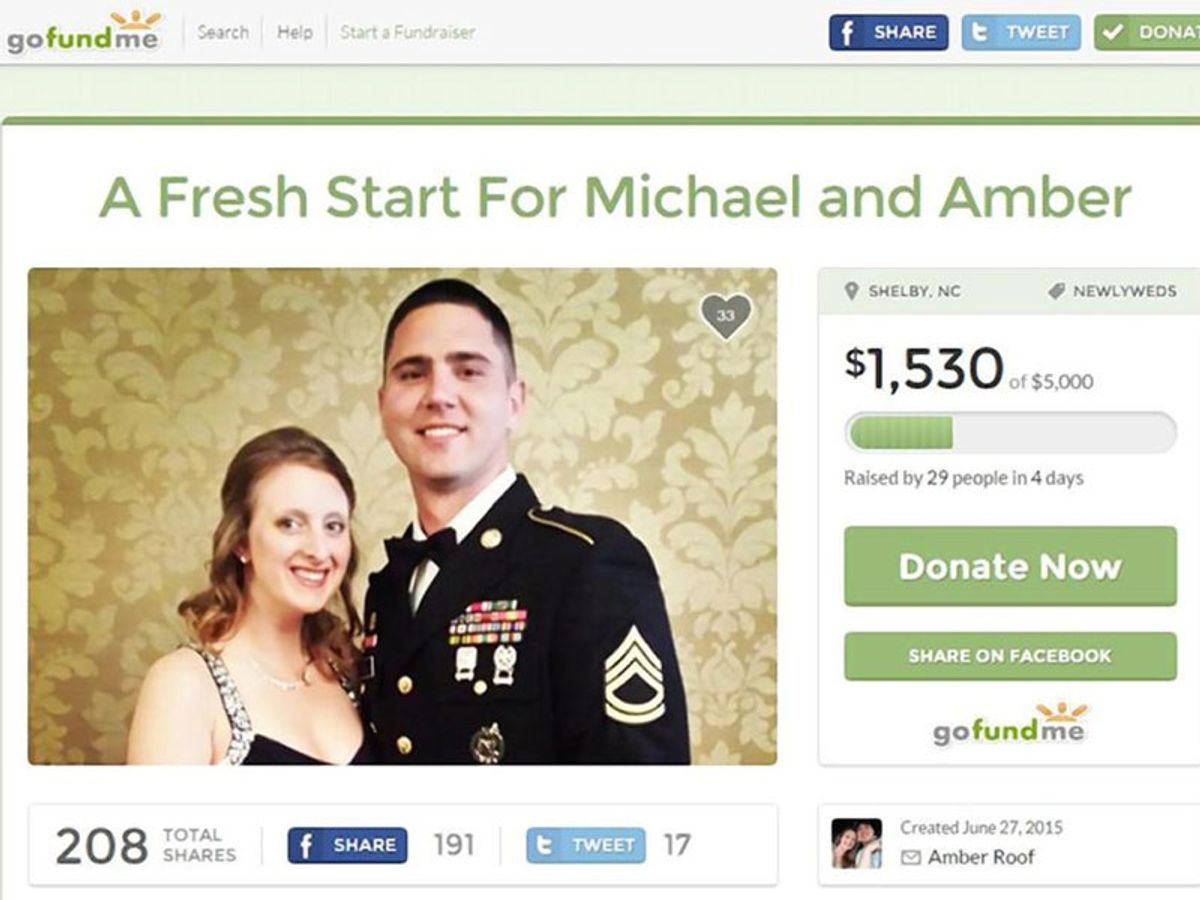 The GoFundMe page, titled "A Fresh Start for Michael and Amber" and administered by someone claiming to be Amber Roof, sister of accused Charleston shooter Dylann Roof, sought $5,000 to help recover lost wedding costs and pay for a "dream honeymoon."

Amber and her fiancé called off their wedding due to the mass shooting event that took place at the historic African Methodist Episcopal Church on 17 June 2015, for which Dylann Roof, 21, is being held without bail in the Charleston County jail, charged with nine counts of murder.

Amber Roof, 27, was supposed to marry fiancé Michael Tyo on 21 June 2015, but the couple cancelled their plans just days beforehand (likely, in part, because it would have been nearly impossible to carry on the ceremony without guests and participants being accosted by media figures and members of the general public):

The GoFundMe campaign administrator stated that the pair had canceled their wedding "to protect our family and mourn the lives of those lost," but that she had started the GoFundMe account to "create new memories and a new start with our family":

Money raised will be used to cover lost wedding costs, to pay bills, and to send us on our dream honeymoon. 10% of all funds raised will be donated to Emanuel African Methodist Episcopal Church. We thank you for any [contribution] you can make.

We are so grateful for all of your contributions. We love you all so much. Thank you for helping us reach our goal of our dream honeymoon!

Of course, the main thing everyone wanted to know about the "A Fresh Start for Michael and Amber" GoFundMe page was whether it was really established by Dylann Roof's sister, or whether it was a spoof set up by a prankster or con artist.

Dylann Roof does indeed have a 27-year-old sister named Amber, who was planning to marry in June 2015, and People magazine stated that they had "verified that the page belongs to the same Amber Roof who is the sister of Dylann Roof" (although they didn't elaborate on how they obtained that validation).

GoFundMe's guidelines state that campaign organizers can still access funds that have already been committed, even after they remove their campaign pages from the site.