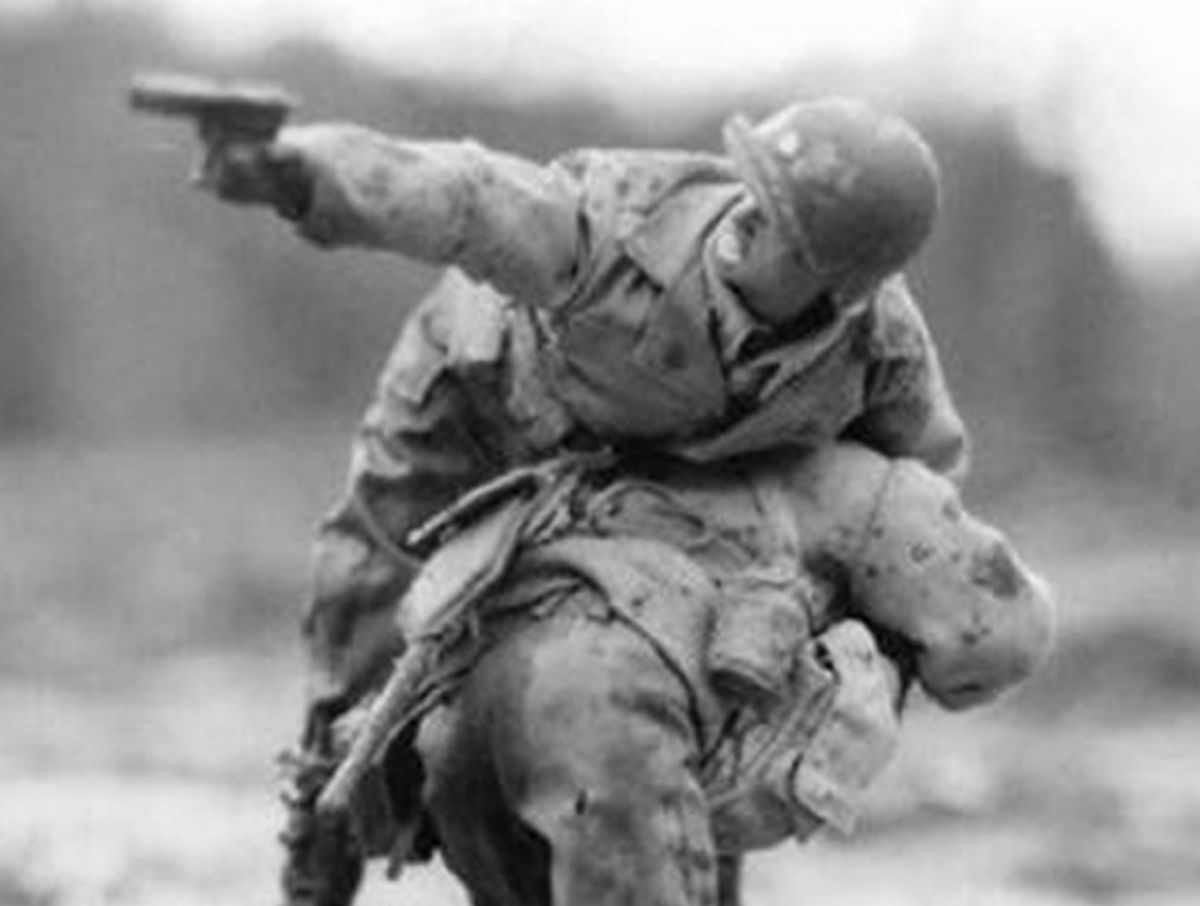 A Facebook user's Terry Coffey's post about Caitlyn Jenner went viral, and he shared an interesting (coincidental, ironic) update about it afterwards.

This seems too ironic to be true.

As I see post after post about Bruce Jenner's transition to a woman, and I hear words like, bravery, heroism, and courage, just thought I'd remind all of us what real American courage, heroism, and bravery looks like! 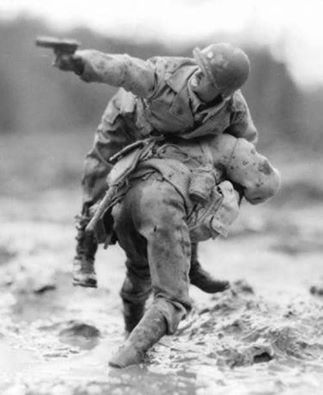 I'm a little confused. Having a hard time believing what I'm seeing. Is there some kind of Facebook bug? It shows that the post I put up yesterday about courage and bravery, has been shared 339,000 times? I have over 1200 friend requests in my box? Is someone else experiencing this? This has to be a glitch.

On the afternoon of 2 June 2015, snopes.com received a reader e-mail regarding the viral photo shared by Coffey. That e-mail referenced Coffey's circulating post and the origin of the photograph attached to it:

Oh, please, please PLEASE  tell me somebody did this on purpose!

"As I see post after post about Bruce Jenner's transition to a woman, and I hear words like, bravery, heroism, and courage, just thought I'd remind all of us what real courage, heroism, and bravery looks like!"

Here’s the thing: that is not a photo from WWII or any other war, it is a picture of a pair of posed Ken dolls that are part of an extensive diorama crated by a NY man named Mark Hogancamp. Hogancamp has constructed a fictitious, miniature Belgian village in his front yard as a therapeutic measure to deal with the PTSD and brain damage he experienced fifteen years ago after a savage beating by five men. The reason he was beaten? He wore women's clothes.

He has recreated WWII-esque battle scenes like the one pictured as a cathartic comparison to his own experience. That experience: being beaten nearly to death for transvestism.

See also: "Marwencol," the 2010 documentary about Hogancamp that won a truckload of awards, and is set to be turned into a biopic starring Steve Carell. https://en.wikipedia.org/wiki/Marwencol

Don’t know about the relative worth of this, but feel free to see if there’a a bottom to get to on this!

(As the e-mail noted, the photograph in question was the work of Hogancamp, who was profiled in the 2010 documentary Marwencol.)

Just under 24 hours after his initial Facebook post Coffey published a mea culpa, tonally atypical for a man suddenly pushed into the social media limelight:

This is the photo I shared yesterday in the spirit of spotlighting "true bravery."

This photo that accompanied my words, was chosen from a quick image search. Just wanted something to fit my words. I wanted to find out who the photographer was, so I could credit his work.

In an ironic twist, I have discovered that the photo is part of a documentary created by a man who was beaten nearly to death outside of a bar in 2000. After spending 9 days in a coma, suffering severe brain damage and being unable to walk or talk for a year, he chose to try and cope with his pain from the tragic event, by creating a world of stories and characters and photos set in WWII. The image I chose, was one of those created for an upcoming documentary. Why was he nearly beaten to death by 5 strangers?

Because he was a cross-dresser.

I could have chosen one of hundreds of other photos. But I didn't, I chose this one. Do I think it was an accident? I don't.

What happened to this man was wrong, cruel, and unforgivable.

Love wounds no one.

and God heals all.

(and irony makes us think)

Some viewers have maintained that Coffey's choice of photograph was deliberate, and that they were unable to locate the same image through web searches of their own. However, other copies of the same photograph (such as one described in a caption as depicting 'Great shot of WWII action, the bravery of American soldiers and the love of their fellow soldiers') could be found online prior to his use of it in a Facebook post. For now, it appears Coffey selected a photograph at random based on a keyword search, and after social media users tipped him to the coincidental nature of his choice of image, he reflected upon his new-found social media fame and responded accordingly (and gracefully).