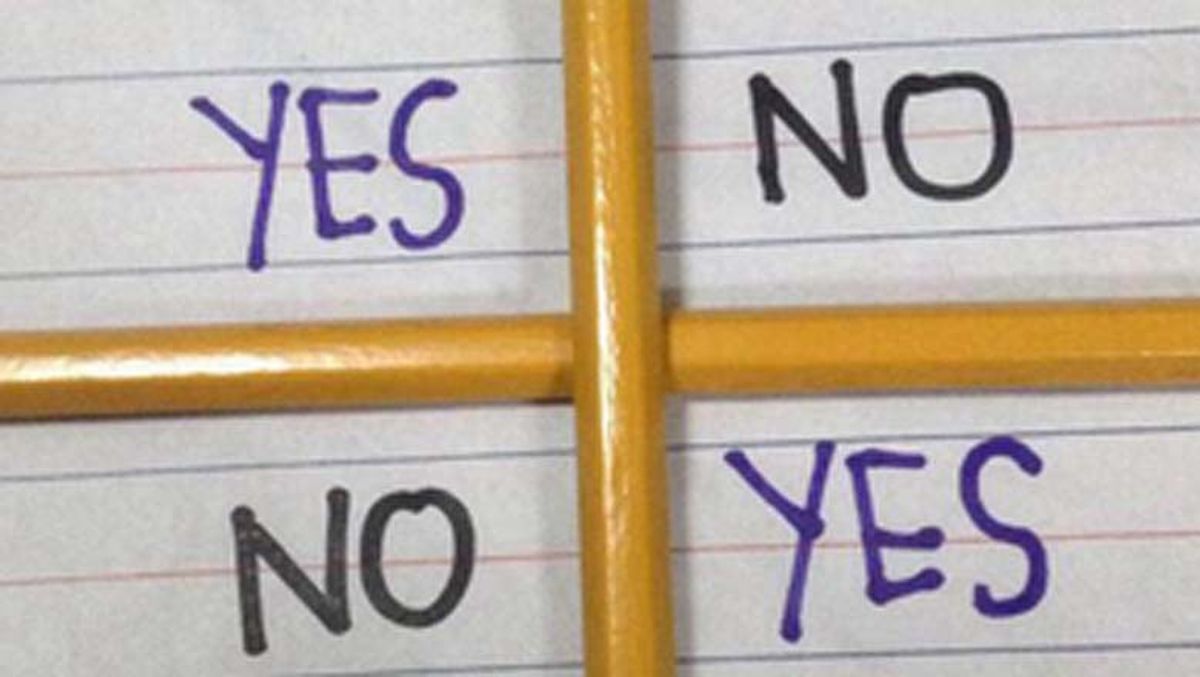 I want to know how this 'Charlie Charlie' challenge got started. What its origins are and if it is real. It is a game where a person writes yes in two opposite corners of a paper and no and the others and place two pencils on top of each other. one horizontally and the other vertically. The person or persons playing the game must say Charlie Charlie can we play or Charlie Charlie are you here and the pencil on to will move to either yes or no. It has been popular on Facebook and Instagram for a few days. In late May 2015, the term "Charlie Charlie Challenge" began trending on social media sites. The meme enraptured teens and confused adults after it appeared seemingly out of nowhere and topped hashtag trend lists over several days.

The Charlie Charlie Challenge meme combines a number of folkloric elements to form a supernatural summoning game. Like the classic legend of "Bloody Mary," participants (often apprehensively) summon a supernatural entity or entities; and as with a Ouija board, they pose questions to those spirits. The game was rumored to involve an "old Mexican" ghost or demon by many participants:

As with many viral trends, the origins of the Charlie Charlie Challenge are murky. A similar game was mentioned on a site devoted to ghost stories in 2008, but the titular "Charlie" was said to be a victim of child abuse (and was not described as Mexican, or a demon):


It all started when my friends started playing a game where you take three pencils and make them into a square with a missing side and your parter makes the same thing and you put them together. You then ask it questions like a Ouiji board. Your answer is what direction the pencils move in.

So anyway, they got in contact with a ghost named Charlie that had died of child abuse, but things soon went bad. One of my friends saw a dark figure on her roof when she was hame alone. Another heard scratching on her bathroom door and dark laughing. Another felt her blanket on her bed being pulled down when she was sleeping and then she also heard laughing. Another saw a dark shape hanging from her roof. All of theses things happened when they were alone.

Another early mention of this "old Mexican game" occurred in the summer of 2014 in a YouTube video:

Similarly, a single entry dated to January 2015 on the site Pencils.com described the game as somewhat like a Magic 8 Ball:


To begin the game, both players must chant: “Charlie, Charlie, can we play?” If the pencils move inward or up, the answer is yes. If they move outward or down, the answer is no. If one side goes one way and the other side goes a different way, it means maybe or the question can’t be answered at this time. You can then ask the spirit of Charlie yes or no questions, and he will respond by moving the pencils. Charlie is kind of like the spirit world version of a Magic 8 ball. To end the game, both players must chant: “Charlie, Charlie, can we stop?” After the pencils move, both players drop all of the pencils on the floor to break contact with Charlie.

Prior to May 2015, few mentions appeared on the Internet of any practice fitting the description of the Charlie Charlie Challenge. If Mexican folklore featured it at all, it was a well-hidden secret; the BBC quoted a regional correspondent about the dubious ancient origins of the game (noting that "Charlie" is not a Mexican name, nor does any known folkloric entity of that culture resemble the one summoned):


"There's no demon called 'Charlie' in Mexico," says Maria Elena Navez of BBC Mundo. "Mexican legends often come from ancient Aztec and Maya history, or from the many beliefs that began circulating during the Spanish conquest. In Mexican mythology you can find gods with names like 'Tlaltecuhtli' or 'Tezcatlipoca' in the Nahuatl language. But if this legend began after the Spanish conquest, I'm sure it would've been called 'Carlitos' (Charlie in Spanish)."

The Internet's scant trail of residual evidence appeared to back up Navez's claim. How the game came to be suddenly popular as a viral phenomenon at the time it did remains somewhat of a mystery (as is often the case when something captures the attention of kids on social media en masse for any given time period).

It's possible the rumor's purported origins were included to lend it an air of credibility: a Mexican demon is a bit more compelling than two pencils on a page. But before its viral peak in May 2015, the Charlie Charlie Challenge was seemingly either non-existent or was not undertaken on any significant level in Mexico or anywhere else.

Update, 2 June 2015: On 1 June 2015, a rumor began to circulate claiming that the Charlie Charlie Challenge was a viral marketing hoax for the then-upcoming film The Gallows. Correspondingly, we explored the claim here.