Truckers Are No Longer Welcome at Walmart?

News: A sign was posted at a Walmart store in North Carolina informing truckers that they were no longer welcome there. 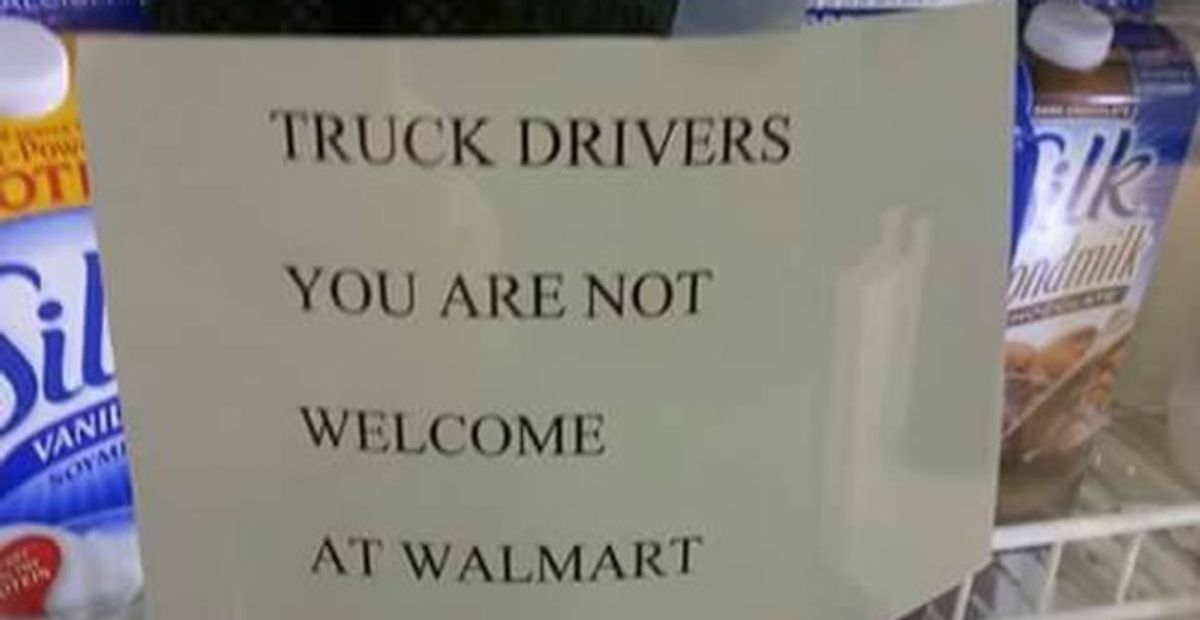 In January 2015, a sign reading "TRUCK DRIVERS YOU ARE NOT WELCOME" was posted inside a Walmart store in North Carolina. Photos of the sign quickly spread via social media sites as many netizens accused the megastore of initiating a new anti-trucker policy:

Hope Mills North Carolina trucker are not WELCOME at #WalMart @OOIDA and it's every where in the store pic.twitter.com/1bHeC6xTXv

Brian Nick, Walmarts Director of National Media Relations, issued a statement on the matter to the media. That same message has also been posted several times on the company's Facebook page:

We are not sure how these signs were hung up in our store but as soon as they were noticed by an associate our management immediately took them down. At Walmart we greatly value our 7200 associates who are drivers in our private fleet as well as the drivers from over 200 other carriers who all play such key roles in moving goods to our customers throughout the country.

It's unclear who posted the "no truckers allowed" signs at the Walmart in Hope Mills, North Carolina, but it certainly wasn't part of a new anti-trucker policy on the retail giant's part. Walmart currently depends upon its 6,500 trucks and 7,000 truck drivers to deliver millions of items around the United States every year. It would be a very strange move for Walmart to ban these people from shopping at its stores:

Walmart is able to move goods to and from distribution centers because we maintain a private fleet of trucks and a skilled staff of truck drivers. We think our team of drivers is the best in the world. They're part of one of the largest and safest fleets, and every year they drive 700 million miles to make millions of deliveries to our stores and clubs. Each driver averages around 100,000 miles annually &mdash that's like driving around the world 4 times!