Tigers, giraffes, and hippos, oh my! 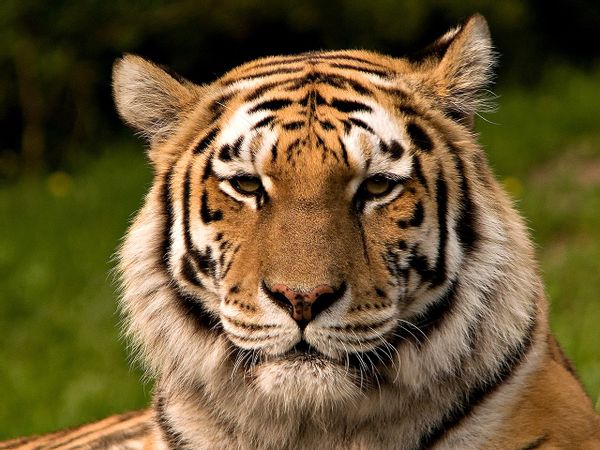 Claim:
Photographs show tigers, hippos, and giraffes that escaped from various zoos during widespread protests in May 2020.
Rating:

In May 2020, as several cities saw large protests against police violence and racial injustice, a series of rumors started to circulate online holding that wild animals had escaped from various local zoos.

First, there was the claim that a tiger had escaped from a zoo in Oakland, California. The Alameda County Sheriff's office even posted a tweet asking citizens to call 911 after they encountered reports about a tiger on the loose from the facility:

The sheriff's department later clarified this was just a rumor, and that all of the tigers at the Oakland Zoo were accounted for:

Later, a similar rumor circulated on social media about a hippopotamus that supposedly escaped from the Lincoln Park Zoo in Chicago: Although the above-displayed image is real, it was not taken in Chicago in May 2020. This photograph actually shows a hippo that escaped a traveling circus in Spain in 2016. La Razon reported that, with the exception of some traffic delays, local authorities and circus workers were able to recapture the animal without incident.

A third rumor suggested a giraffe was spotted running down the road in Minnesota: Again, although these images are real, the photographs were not taken in Minnesota in May 2020. We haven't been able to pinpoint exactly where they were taken, but they have both been on the internet since at least 2013 and likely show giraffes at a safari park.