Did the Movie ‘Young Frankenstein’ Inspire Title of Aerosmith’s ‘Walk This Way’?

Rumor has it the rock band found an unlikely inspiration in the 1974 Mel Brooks comedy. 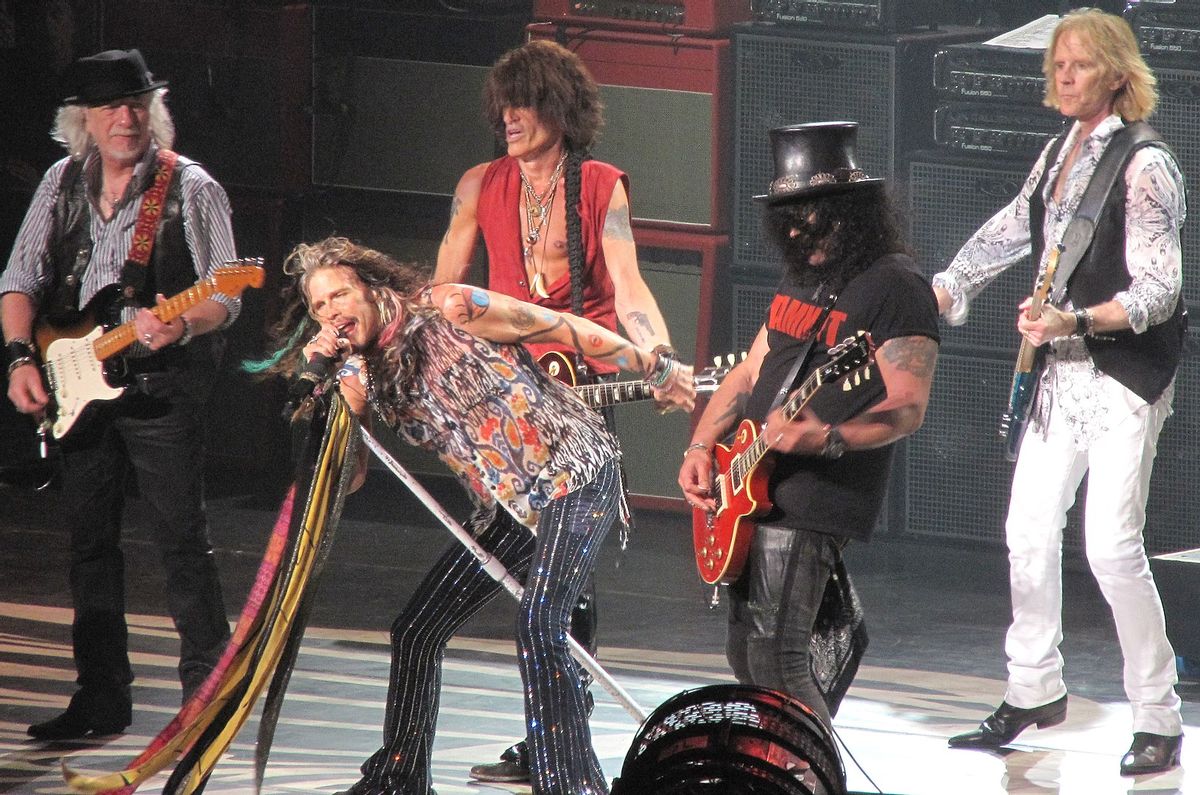 One of your favorite rock classics has an unusual origin, with a connection to — of all things — a Mel Brooks comedy. The title of the 1975 Aerosmith song “Walk This Way,” known for lead singer Steven Tyler’s screeching vocals and an iconic guitar riff, was directly inspired by the comedy horror film “Young Frankenstein.”

The title was indeed pulled from a line spoken during the film, as confirmed by the band members in a 2014 interview with The Wall Street Journal. A decade after the original release of “Walk This Way” the band teamed up with rap group Run-D.M.C. to release a cover of the song along with a music video.

The remake has been widely credited for bridging the divide between rock and rap in the '80s, and in 2014 was inducted into the Grammy Hall of Fame. That year, lead guitarist Joe Perry and Tyler got together to discuss the song’s origins.

Halfway through recording our "Toys in the Attic" album in early '75 at New York's Record Plant, we were stuck. Writing was a long, tough process for us in those days. Our first two albums were mostly songs we had played at clubs. For "Toys," we had written three or four songs and then had to write the rest in the studio. We decided to try the song I had come up with in Hawaii, but we didn't have lyrics or a title yet. We took a break.

Steven, Joey, Tom [Hamilton], Brad [Whitford] and [producer] Jack [Douglas] went down to Times Square to see Mel Brooks' "Young Frankenstein," which was in theaters then. I had already seen it, so I stayed behind and hung out on the roof. When the guys returned, they were throwing lines back and forth from the film. They were laughing about Marty Feldman greeting Gene Wilder at the door of the castle and telling him to follow him. "Walk this way," he says, limping, giving his stick to Wilder so he can walk that way, too. While all this was going on, Jack stopped and said, "Hey, 'walk this way' might be a great title for the song." We agreed. But we still needed lyrics.

The scene from the film can be seen here:

And here is the music video for their “Walk This Way” cover and collaboration with Run-D.M.C.

Tyler ended up writing the rest of the song, but the title of it was directly taken from Brooks’ comedy film. We thus rate this claim as “True.”