Did an Xbox One Kill a Teen After the Console Forcefully Ejected Black Ops 3 Disc, Slicing His Throat?

When parents complained that playing video games was harmful to youngsters, this wasn't what they had in mind. 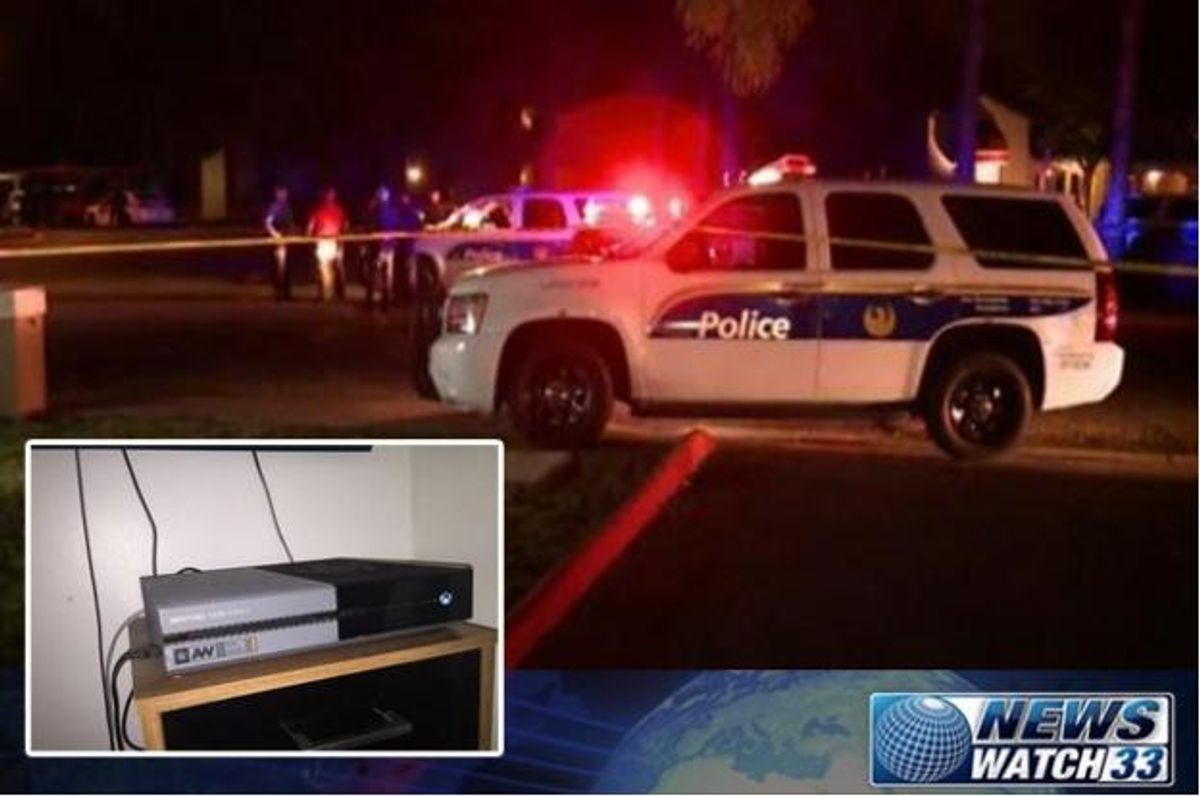 Claim:
A teenager was killed after his Xbox One malfunctioned and forcefully ejected a disc that slashed his throat.
Rating:

On 25 July 2015, the web site Newswatch33 published an article reporting that a teenager named Marcus Davenport had been killed after his XBox One gaming system malfunctioned and forcefully ejected a disk that sailed through the air and slashed his throat:

Marcus Davenport, 17, was found dead in his bedroom when police were called to the home after his mother discovered his body. According to reports, the Xbox One forcefully ejected a disc, slicing the teens throat.

According to authorities, Davenport was killed when his Xbox One malfunctioned, causing the system to eject a disc at a high rate of speed, striking the teen in the throat. His mother had discovered his body around 3:00 a.m. when she went to check on him.

There was no truth to this story (later republished by News10Live.com), which originated with the now-defunct Newswatch33, one of many fake news sites on the Internet created to publish fiction rather than legitimate news reports.

The web site previously posted farces about a woman's being electrocuted by her iPhone earbuds, NASA's confirming 15 continuous days of darkness, and the rights to the Confederate flag being purchased by Jay-Z and Beyonce.