Did World’s Oldest Fish 'Hanako' Live To Be 226 Years Old?

Hanako, a scarlet koi, was rumored to have been alive at the time of the signing of the Declaration of Independence. 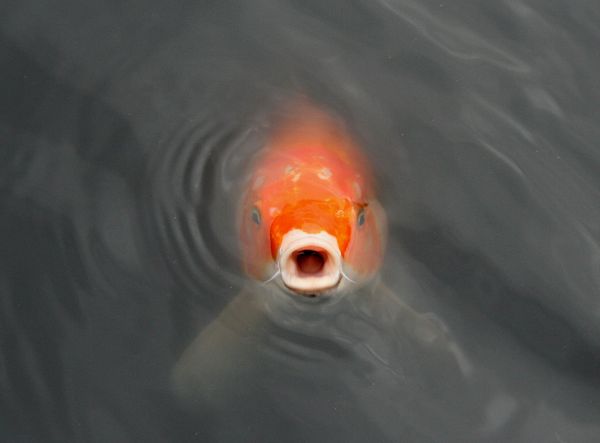 Claim:
Hanako, a scarlet koi who lived in Japan, set the record as world’s oldest fish when she died in 1977 at the age of 226.
Rating:

Snopes was not able to uncover official historical records or scientific evidence to confirm Hanako's age — or even existence. Furthermore, an expert told Snopes that the method of dating used to determine Hanako's age is largely unreliable.

It is said that for more than two centuries, a scarlet-hued koi fish named Hanako lived in the pond of one Japanese family. With a name that translates to “flower maid,” Hanako was reportedly born 25 years before the signing of the Declaration of Independence and died in 1977 at the age of 226.

Reports of Hanako’s impressive age appeared in a number of publications throughout the years and went viral again in February 2021 when British entertainment website LAD Bible published an article describing the bicentenarian fish. The claim circulated on the internet in the following weeks.

But there is no official historical record or scientific evidence to confirm the fish’s supposed age — even National Geographic noted that Hanako’s long-lived tale could “just be a legend.”

The story of Hanako is said to date back to 1966 when a man by the name of Komei Koshihara was interviewed on Japan’s Nippon Hoso Kyokai radio station. In a transcript of the 1966 interview archived by the Dutch Koi information website, Koi-Ontwikkeling, Koshihara said that he had inherited the 16.5-pound fish after it had been passed down through his mother’s side.

“If I lightly pat her on the head, she looks quite delighted. Sometimes, I go so far as to take her out of the water and embrace her At one time, a person watching asked me whether I was performing a trick with the carp," Koshihara reportedly told the broadcast. "Although a fish, she seems to feel that she is dearly loved and it appears that there is some communication of feeling between us.”

Hanako’s impressive age was reportedly determined by Masayoshi Hiro, a former professor at the Laboratory of Animal Science at the Nagoya Women’s University, who supposedly calculated the fish’s age by analyzing its scales. (However, if the research was conducted, it was not published in a scientific journal. Snopes dug through journal entries dating back to 1966 and did not find a published, peer-reviewed study under Hiro's name describing Hanako's age.)

Hanako's species is not known, but it is likely one of two main types of koi fish described by the U.S. Fish and Wildlife Service: Cyprinus rubrofuscus, which is commonly confused with common carp, or Cyprinus carpio, the latter often referred to as ornamental koi that have been specially bred from domesticated carp. According to the U.S. Geological Survey, koi, in general, are long-lived and have a typical lifespan of around 40 years. And the Smithsonian National Zoo and Conservation Biology Institute appeared to validate Hanako’s age when it reported that the oldest-known koi lived to be nearly 230 years old. Though the institution did not list Hanako’s name specifically, it said that the “age was determined by testing the fish’s scales, which produce growth rings much like a tree.”

Wide growth rings called annuli can be counted to determine a fish’s age through its scales, according to Michigan State University. But Dave Catania, senior collections manager of ichthyology at the California Academy of Science, told Snopes that the supposed 226-year lifespan was “a bit of a stretch.”

“It turns out that using scales is the least accurate method of aging carp. Extracting otoliths after Hanako's death would have provided a much more precise figure,” said Catania.

A 2018 study published in Review in Fish Biology and Fisheries evaluated different methodologies for dating a fish, noting that scales were by far the most widely used dating method historically speaking, however, the method produced inconsistent evidence when compared to dating the otoliths (ear bones), dorsal spines, vertebrae, and fin rays.

“It is suggested that dorsal spines or pectoral fin rays should be used in lieu of scales as non-lethal aging structures, and otoliths. Otherwise, and that validation should always be attempted as part of the set-up of more appropriate aging protocols and use of correct terminology,” wrote the study authors.

As such, it is more likely the case that the determination of Hanako's credulity-challenging age was the result of an inaccurate analysis that was not peer-reviewed or validated by another party. We rate this claim “Unproven."

Correction [April 12, 2021]: A previous version of this article erroneously stated that Koi-Ontwikkeling is a German website; it is Dutch.