No, the World Population Hasn’t Reached 8 Billion People (Yet)

But we are gradually inching toward the milestone. 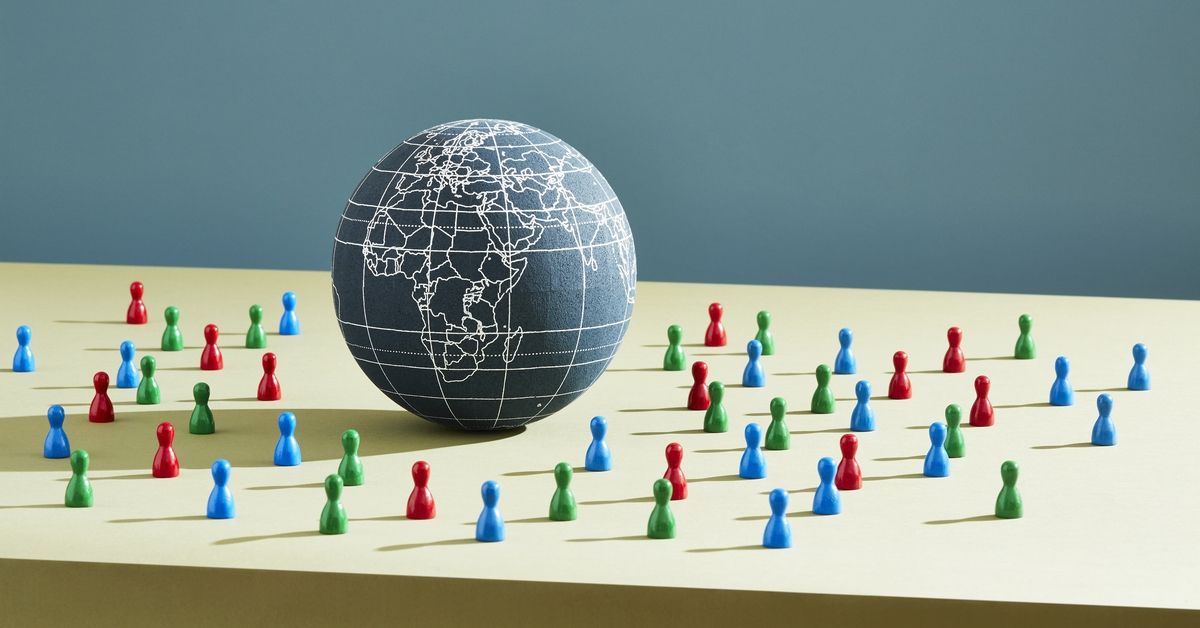 Centred on Africa and Europe (Image Via Stock Illustration/Getty Images)

Though the global population is quickly inching toward 8 billion people, as of June 2022, global estimates projected there were just over 7.9 billion people around the world.

The question came up by way of a popular now-removed Reddit post shared to the forum on June 8, 2022, which showed a screenshot from Worldometers.info that suggested the world population had reached 8 billion people.

The current world population is 8.0 billion as of June 2022 according to the most recent United Nations estimates elaborated by Worldometers. The term “World Population” refers to the human population (the total number of humans currently living) of the world.

We cross-checked the above Reddit post with the Worldometers website and found that as of this publication, the site still inaccurately reported that the world population had reached 8 billion.

Worldometers is a website akin to Wikipedia in that it is a source-heavy website that makes a great jumping off point to dive into a deeper look at the research in question. On its website, Worldometers wrote that it takes into consideration data from two major sources: the United Nations and the U.S. Census Bureau. So, we went straight to the sources.

A look at the U.S. Census Bureau World Population Clock showed that as of this writing, the number of people living around the world was 7.9 billion. The Bureau collects data from over 200 countries and has published it in the International Database since 1996, which also published the global midyear population at 7,905,336,996. With an annual growth rate of .9%, the bureau estimates that the world will eek past the 8 billion milestone by the middle of 2024.

Next, we turned to the United Nations World Population Dashboard, where the international agency also reported that the total population in millions was 7,954,000,000 — or 7.9 billion and some change — with an estimated annual rate of population change at 1 percent for the years 2020 through 2025. Worldometers also referenced the 2019 Revision of World Population Prospects, which includes the most recent global demographics and population data compiled by the United Nations and that includes the total population data for both males and females. After downloading the Microsoft Excel sheet, we found that the population for that year was estimated at 7.7 billion.

Lastly, when we entered “worldometers.info” directly into our URL search, the homepage itself reported that the “Current World Population” was at 7.9 billion (and counting).

In sum, while the global population is estimated to be close to 8 billion, two of the most reputable census collectors in the world reported that we have not yet surpassed the milestone and aren’t expected to for another two years. However, on July 12 the United Nations estimated that the global population will reach 8 billion by Nov. 15, with India projected to replace China as the world’s most populous country in 2023.

For the time being, we have rated this claim as “False.”

Dreyfus420. “As of Now, the World Population Is 8 Billion.” R/Interestingasfuck, 8 June 2022, www.reddit.com/r/interestingasfuck/comments/v7mccl/as_of_now_the_world_population_is_8_billion/.