Do Women Need More Sleep Than Men Because Their Brains Work Harder?

This zombie of a viral news story does not accurately reflect either science or the views of the scientist the authors allegedly quote. 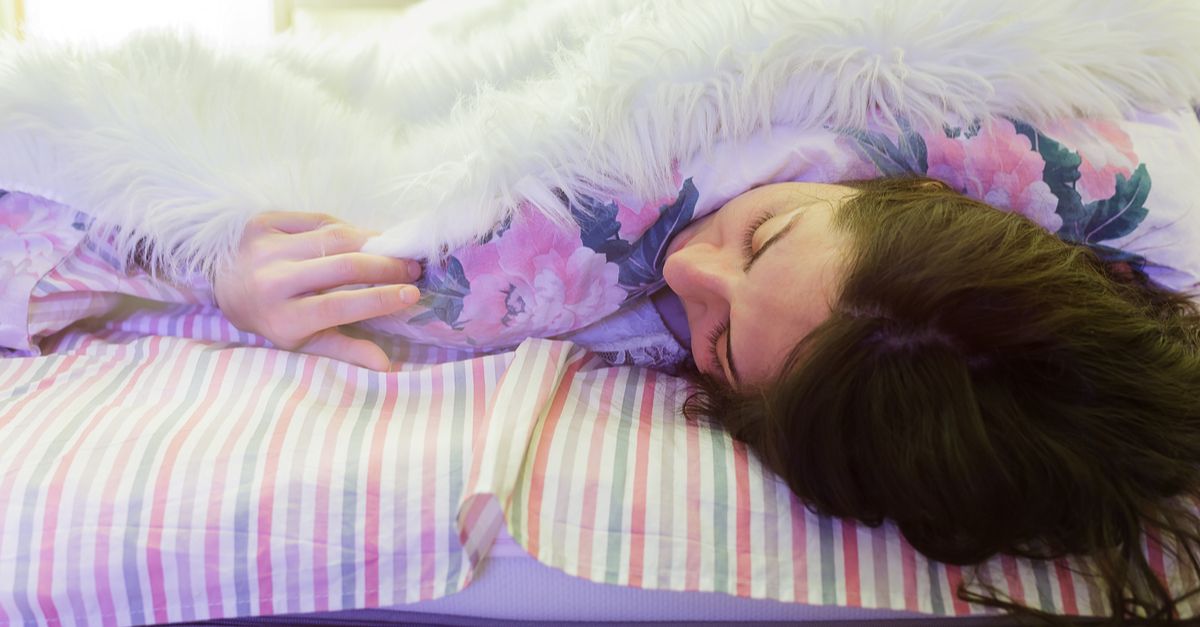 Claim:
Women need more sleep than men because their brains get more use on a day-to-day basis.
Rating:

On 15 December 2016, the Facebook page “Natural Solutions Magazine” posted a story from the web site Healthy Food House titled “Women Need More Sleep Than Men Because Their Brains Work Harder, According to Science.” That article was no more than a collection of quotes that have been used (with varying degrees of accuracy) in numerous sporadically appearing viral stories:

According to Jim Horne: "For women, poor sleep is strongly associated with high levels of psychological distress and greater feelings of hostility, depression, and anger,” and “These feelings were not associated with the same degree of sleep disruption in men.”

Professor Jim Horne, has a specific explanation on the importance of sleeping. The professor also wrote the book Sleepfaring: A Journey Through The Science of Sleep.

“One of the major functions of sleep is to allow the brain to recover and repair itself. During deep sleep, the cortex — the part of the brain responsible for thought memory, language and so on – disengages from the senses and goes into recovery mode.”

“The more of your brain you use during the day, the more of it that needs to recover and, consequently, the more sleep you need. Women tend to multi-task — they do lots at once and are flexible — and so they use more of their actual brain than men do. Because of that, their sleep need is greater.

Among the many warning signs present in that story and its numerous iterations was the failure to cite a specific research study as well as the extremely broad and oversimplified rationale, not to mention the ever-popular red flag of a science headline that is “according to science”.

As it turns out, this story is only the most recent episode in a long history of viral science news going back, potentially, as far as 2008. Theresa Fisher, in an exhaustive debunker published in on the sleep-focused website Van Winkle’s made it clear that the story (as originally presented) was essentially made up.

In response to an earlier March 2016 episode of this story’s appearance, Fisher found that most of the quotes in the story that were attributed to Jim Horne came from either a 2010 Daily Mail story, or from a different scientist altogether: "[M]ost of Horne's quotes actually date back to a 2010 Daily Mail story. And, at least one quote attributed to Horne appears to belong to Edward Suarez at Duke University."

Another problem was that the pice was not an accurate representation of Jim Horne’s views on the topic, as he stated in Fisher’s debunker: '"I never said that women actually need more sleep, they just tend to take more sleep," Horne told Van Winkle's. "We have not undertaken a new study."'

Digging deeper, Fisher found that the story was a piecemeal stitching together of Horne’s out of context quotes and material from a 2008 press release from Duke University that had quoted a different scientist named Edward Suarez:

For all intents and purposes, the Duke study is the "new study" in question -- but no outlet, to our knowledge, has acknowledged the work they're inadvertently reporting on. The Duke research was also the "new study" in 2013, when the then five-year-old research garnered a flurry of press, much of which incorporated Horne's 2010 quotes to buff up the delayed coverage. It's hard to know which outlets, if any, were or are cognizant of which piece of research they're writing about or when it actually counted as "news."

That Duke study did find a gendered difference, not in the need for sleep, but in the harm derived from not getting enough sleep, as Duke University stated in a press release:

Their study, appearing online in the journal Brain, Behavior and Immunity, found that poor sleep is associated with greater psychological distress and higher levels of biomarkers associated with elevated risk of heart disease and type 2 diabetes. They also found that these associations are significantly stronger in women than in men.

That there may be gendered differences when it comes to sleep, however, is commonly reported in the scientific literature. In the 2004 book Epidemiology of Sleep: Age, Gender, and Ethnicity, Kenneth Lichstein and colleagues performed an extensive literature review of studies relating to sleep, finding that some evidence supported gender-derived differences in sleep epidemiology:

There is strong evidence that women are more likely than men to report difficulty initiating sleep. There is also evidence that the prevalence of difficulty maintaining sleep and early morning awakening is slightly higher in women, but the findings for these variables are less consistent across studies. Gender differences in [total sleep time, TST] were found mostly in studies including young and middle-age adults, with women reporting longer TST.

A study performed by Horne himself in 1996 monitored 400 individuals over a 15 night period and found that women tended to sleep longer than men dod. A 2004 study of 2000 British adult study participants concluded men and women slept about the same, but that women reported more sleep problems. A 2014 study in a similar vein concluded that "Compared to men, women spent 15 min longer in bed, but they slept for 11 min less and reported more sleep difficulties."

While Horne never said women need more sleep, he has made the argument that differences in sleep between genders could be related to the amount and type of daily “use” men and women get out of their brain. Most recently, he made that argument in his 2016 book Sleeplessness:

This is not because of myths relating to ‘more delicate constitutions’, but may well be due to women having more deep or slow wave sleep[...], and a sign of their having greater brain (i.e. cortical) recovery during sleep. This in turn indicates that women tend to work their cerebral cortices harder than the age-related man. Women seem to multitask to a greater extent than men, which requires dealing with information from different sources and senses, then selecting which piece of information to attend to and what to ignore, including having quickly to decide on actions and priorities ...

Horne’s assertion that women’s increased need for (and trouble with) sleep stemmed from their greater amount of daily multitasking, however, is not robustly supported by current scientific literature. Though commonly touted as a scientific truth, there is a striking lack of scientific research into the claim that women are better multitaskers than men. In a 2010 paper about predictors of multitasking skill, David Hambrick and colleagues attempted to find any claim to support the notion that women are better multitaskers and reported that they "could not find a single scientific report to support this view.”

Demands involving the scheduling and interleaving of multiple activities have become increasingly prevalent, especially for women. This fact, in combination with media reports and popular books, has contributed to less-well-grounded assumptions about females’ superiority at multitasking. The present findings suggest that these assumptions and actual differences between men and women in time-use patterns do not directly translate to a superior female capacity to handle multiple tasks.

Another 2013 study, this one published in the journal BMC Psychology, addressed essentially the same question and came to a different conclusion: "Our findings support the notion that woman [sic] are better than men in some types of multi-tasking (namely when the tasks involved do not need to be carried out simultaneously). More research on this question is urgently needed, before we can draw stronger conclusions and before we can differentiate between different explanations."

Both studies, in fact, stressed the need for more research, arguing that empirical data for this commonly held belief was lacking. The authors of the latter study went so far as to argue that "The near lack of empirical studies on gender differences in multitasking should caution against making strong generalisations."

As Horne’s explanation for gendered differences in sleep relies on this strong generalization — that women are by necessity superior multitaskers and therefore have differing sleep needs — this aspect of his claim (and by extension the viral post’s claims) is unproven.

In addition, the argument as presented in viral news stories — that Horne thinks women “need” more sleep because their brains work harder — is false, as those stories inaccurately reflect his views, misattribute quotes, cite no evidence, and are recycled even in the absence of any new scientific investigations.