Is This Woman's Bouffant Bogus? 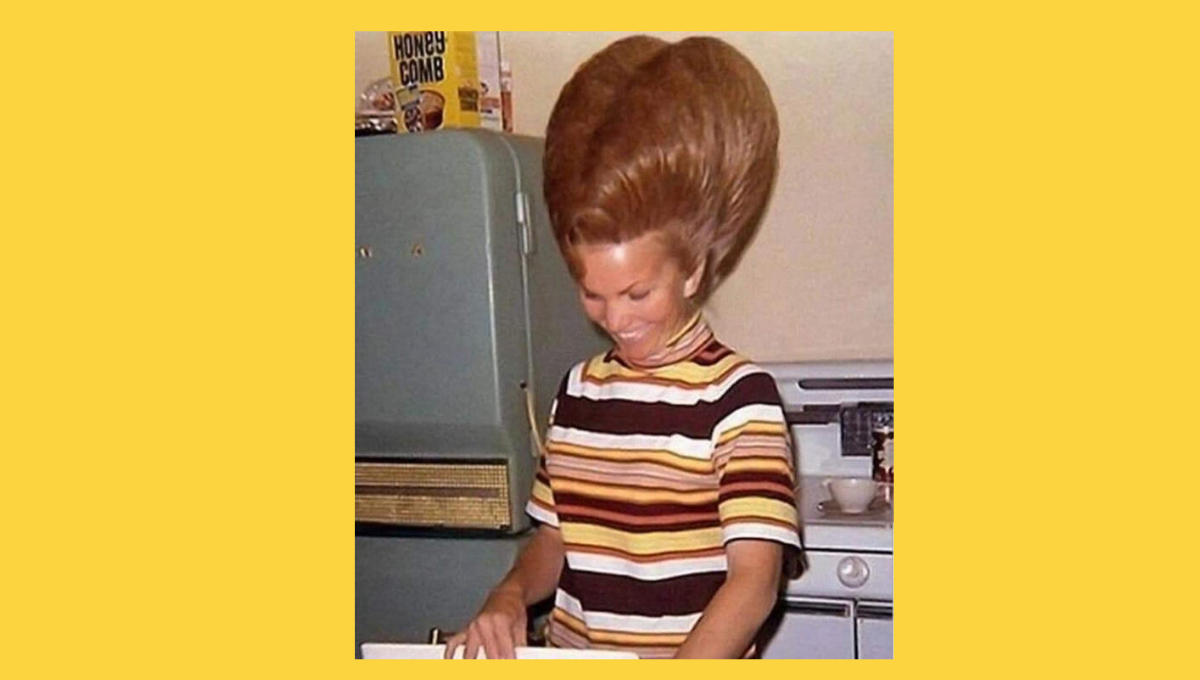 Claim:
A photograph shows a woman with an unusually big bouffant.
Rating:

A photograph supposedly showing a woman with an unusually large, tall bouffant is frequently circulated online as an example of some of the outrageous hairstyles of the 1960s and 1970s: This image is often shared with humorous captions, such as "Speak to the manager level is over 9000!" and "Ack Ack Ack" (a reference to the Martians in the movie "Mars Attacks"). It has also been included in listicles such as "Hair Was Big And Bigger In The 1960s" and "30 Big Hairstyles From the 1960s That You Probably Wouldn't Wear Today."

While some may find this hairdo plausible for the era, this is not a genuine photograph. This picture has been altered to make "Karen's" hair just a tad bit bigger. Yes, this bouffant is bogus.

Here's a side-by-side comparison showing how this woman's hair was digitally embiggened to Marge Simpson proportions: