Did an Unidentified Woman Warn Las Vegas Concert-Goers They Were 'All Going to Die'?

An apparent altercation between concert-goers was blown out of proportion, and the witness who reported the threats has changed her view on their significance. 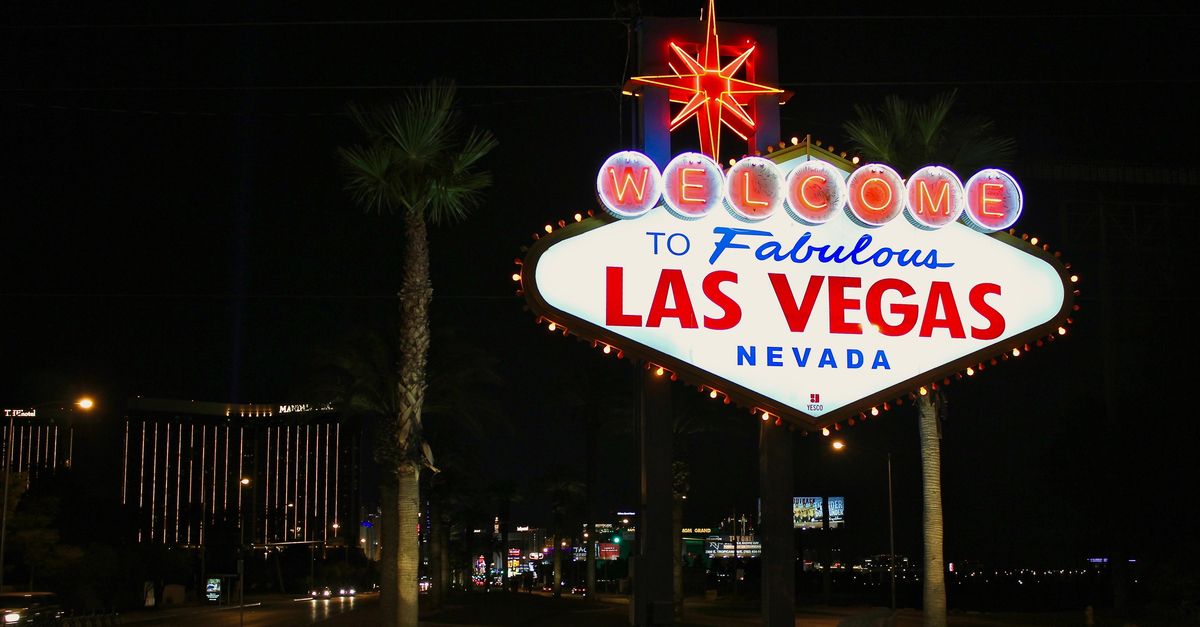 Claim:
During a concert in Las Vegas on 1 October 2017, a "mystery woman" warned or threatened crowds about the mass shooting that took place shortly afterwards.
Rating:

A witness reports hearing a woman say "You're going to die" and "They're surrounding us" a short time before the mass shooting began.

In a shift from her earlier account, that witness has subsequently said she believes the threats were made specifically to a small group of concert-goers and were related to an altercation.

The CEO of the security company that oversaw the concert has said the reports were false, but declined to elaborate on which aspects of them were false.

In the aftermath of an October 2017 mass shooting at the Route 91 Harvest country music festival in Las Vegas, which killed 59 people and injured more than 500, reports emerged about an unidentified woman who purportedly warned or threatened crowds that they were "all going to fucking die" shortly before the shooting rampage began.

A woman in the crowd screamed 'They're all around...You're all going to f***ing die today' just 45 minutes before a gunman opened fire at a Las Vegas music concert killing at least two people and injuring dozens more, DailyMail.com has learned.

The woman, described as Hispanic and in her 50s, made the terrifying outburst before her and a male companion were escorted out of the venue by security. Less than an hour later automatic gunfire peppered the music festival crowd turning it into a bloodbath and sending terrified concert goers diving for cover.

That article is based on the account of one concert-goer, Breanna Hendricks, who described the woman in interviews with both KSNV News 3, a Las Vegas NBC affiliate, and the Daily Mail. In a videotaped interview, Hendricks had this exchange with a KSNV reporter:

Hendricks: There was a lady who pushed her way forward into the concert venue, into the first row, and she started messing with another lady and told us that we were all going to die tonight.
Reporter: Do you know why she was saying that? I mean, was this after the shots were fired?
Hendricks: It was about 45 minutes before the shots were actually fired, but then she was escorted out by security.

Reporter: How does that make you feel?
Hendricks: It makes me feel uncomfortable, especially coming here for my 21st birthday and not even knowing if I'm safe going home tomorrow on an airplane.
...Reporter: And were you thinking 'Oh my gosh, this woman told us that before we left'?
Hendricks: Yeah, I thought it had a positive correlation to it. Like, obviously she was telling us that either to tell us, to warn us, or to tell us that we were all going to die and she was part of it.

Hendricks was then asked to describe the woman, and replied:

Her and her boyfriend were both Hispanic. They were probably about — shorter five-footers, probably about 5'5", 5'6". They just looked like everyday people.

Hendricks went on to tell KSNV that security escorted both individuals away from the venue, "because she had been messing with the lady in front of her and telling her that she was going to die — that we were all going to die."

So they escorted her out to make her stop messing around with all the other people in front of them, but none of us knew that it was going to be serious.

Speaking to us on 3 October 2017, Hendricks saw events differently and no longer believed the woman's threats and behavior were related to the shooting.

When it first happened, and it was reported that there were three shooters surrounding the area, I believed that this lady was telling us that there was going to be a shooting. But after finding out that there was only a single shooter, it's harder to believe that she would have known.

So I don't believe now, looking at it, that she was telling us that there was going to be a shooting. I think it was just a statement that maybe she felt like she needed to throw out there because this lady would not let her into the front of the concert. [Emphasis added]

The woman had been pushing through the crowd with a male companion, trying to get as close to the front as possible, according to Hendricks. At a certain point, a group of concertgoers would not let them push through any further.

At first she said "You're going to die," then she said "They're surrounding us, we're all going to die..." She kept saying that her boyfriend couldn't breathe - "He can't breathe, I need to get to the front" - and whenever you looked at the boyfriend, he was back there drinking his beer. So it's hard to think there was actually a problem going on.

Both the woman in question and her male companion looked as if they had been drinking, Hendricks told us. "The guy, you could tell he was way more intoxicated than she was."

Shawn Hendricks, Breanna's mother, who accompanied her at the concert, confirmed much of Breanna's story, though she told us that she had not personally heard the woman in question making threats, but had overheard another man describing the threats.

She told us that, like her daughter, she thinks that the woman's threats and behavior were directed at a specific group near the front of the stage, rather than toward the entire crowd. She also does not think the woman's actions were related to the subsequent shooting:

I really feel that that was more of a personal type thing going on with some of the people that were in front of us...I overheard one of the males in the front — he turned around to another male who was behind him - and they were saying that they had said something about 'they're all around us' and we're all going to die or something to that effect — we're all going to die, or we're dead, or something like that. But I think it was more centered just on that group of people...

It seemed like she was more focused on another girl that was up a little bit farther, and that she was really messing with her, and the other people were kind of trying to keep her away from her. So that's why I thought it was more of a personal type thing.

After the shooting started, there were reports and rumors on the ground that the shooting was coming from multiple assailants firing from more than one direction. According to Shawn, this is what caused her and Breanna to think that the woman's earlier comment that "they're all around us" might be related to the shooting.

Just in case there was some connection, Shawn and Breanna Hendricks decided they should provide statements to police officers about the earlier threats, which they say they did. We asked the Las Vegas Metropolitan Police Department if they had received any reports of an incident of this nature during the concert, but we did not receive a response.

Breanna Hendricks has faced criticism and scrutiny on social media for her earlier statements to the media - in particular for identifying the woman in question as "Hispanic." Hendricks told us that she did not give her account publicly in order to garner attention in the media, that she had reported what she saw to the police, and that she was not motivated by racial or ethnic prejudice.

Damon Zumwalt, CEO of Contemporary Services Corporation (CSC), the company that ran security at the concert, told Buzzfeed that the initial reports surrounding this episode were false. However, it's not clear whether this means the woman in question did not warn or threaten concert-goers about the shooting, security staff did not remove her from the venue, or whether CSC contends that there was no incident involving any woman issuing any threats at all during the concert.

Zumwalt told us he believed one woman had been ejected from the festival for being "inebriated" but said he had heard "no report of any information relative to your story" and referred us to MGM Resorts International, which owns and operates the Mandalay Bay Hotel and contracted CSC to provide security at the Route 91 Harvest Festival.

We asked Zumwalt to offer further clarification about his response, whose meaning is unclear, and asked MGM about the incident, but did not receive an answer from either party by publication time.

Without this simple clarification from CSC or MGM, we cannot corroborate, contextualize or dismiss the accounts presented by Breanna and Shawn Hendricks, and as such, the claim remains unproven.

However, we have investigated claims about a second gunman participating in the shooting and have found them to be false. Moreover, Breanna Hendricks -- the source of the original reports -- has recanted her original version of events and now claims that a woman was ejected from the concert for issuing threats, but now that these threats were targeted at specific fellow concert-goers and were not related to the subsequent mass shooting.

Correction [5 October 2017]: A previous version of this article erroneously stated that Damon Zumwalt did not respond to our questions.