Did a Woman Carry a Lion Down the Street?

A bizarre video supposedly showing a woman carrying a lion down the street went viral in January 2022. 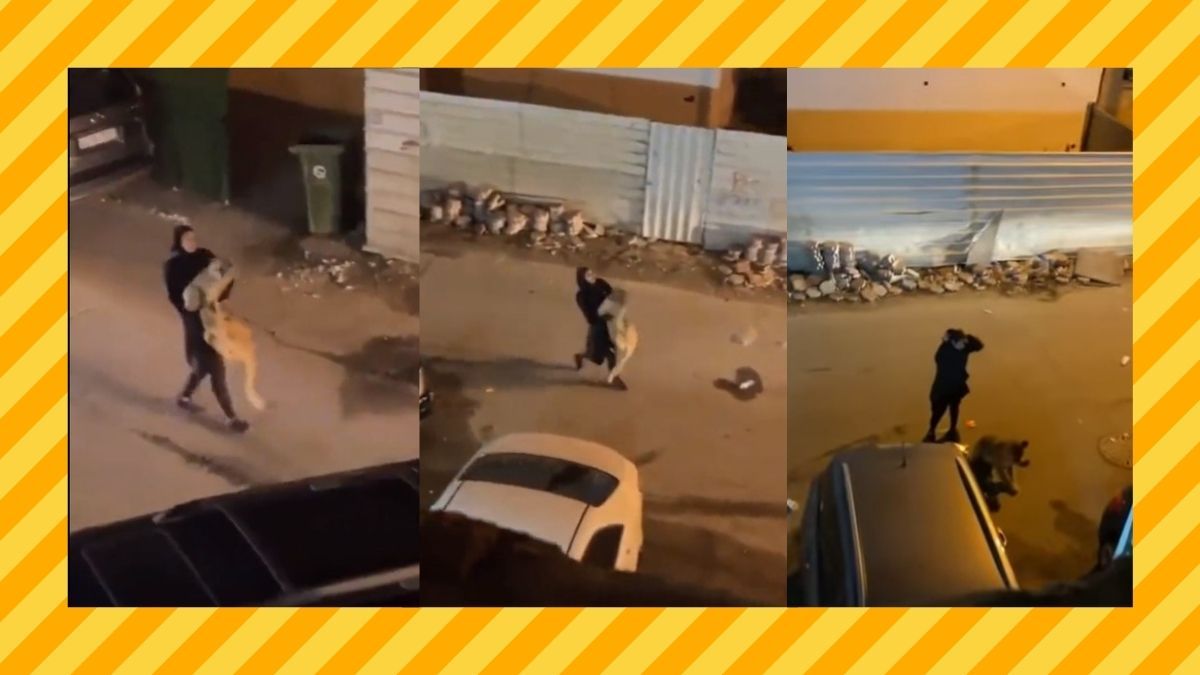 Claim:
A viral video shows a woman carrying a lion down the street.
Rating:

In January 2022, a video went viral that supposedly showed a woman carrying a lion down the street.

As this video was circulated on social media, some wondered if this footage was real or if it was the result of some digital editing. And, if it was real, why was this happening?

This appears to be a genuine piece of footage that was taken in the Sabahiya district of Kuwait on Jan. 1, 2022. According to the Kuwaiti newspaper "Al-Anba,” this lion was being kept as a pet by the pictured woman and her father when the animal accidentally escaped, terrifying residents as it wondered the streets.

The pet's female owner and local authorities coordinated with each other to get the lion off the streets. The viral video appears to show the moment after the lion was reunited with the owner.

A lion was controlled in the Sabahiya area by its owners yesterday, after his exit on one of the roads sparked panic from the scene that resembles action movies.

A security source said that a report was received by the Ministry’s operations yesterday about seeing a lion wandering on a road, and accordingly the environmental police went to the place, and by searching, the source stated that the owner of the lion was identified as a girl, and the girl’s father, a citizen, coordinated with the people who raised the lion and with the Environmental Police to hand it over to them after controlling it and returning it to its place.

A third video of this lion, this time showing the lion on a leash as it resists being pulled by an unseen person, can be seen below.

While we're not entirely sure who captured this viral footage, it was included in several local news reports about the incident.

While it may seem especially dangerous to hold a lion in your arms, it's possible that this lion, like other exotic pets, had been declawed and defanged. Turpentine Creek, a wildlife refuge in Arkansas, notes that exotic pet owners will often defang and declaw big cats in an attempt to make these wild animals safe enough to be handled by humans:

Defanging can be done one of two ways, either the teeth could be ground down, leaving the nerves exposed and pockets for rot to happen, or the canines can be pulled out. Most of the time defanging is done by a veterinarian, but in some cases, owners will attempt this process on their own. Teeth that were not removed decay faster making it ever harder for the animal to eat. Most defanged cats have to be put on boneless meat, and then extra calcium supplemented to make up for the lack of bones in their diet.

This was is the case with Vada, a black leopard, whose owner used pliers to remove his teeth so that he could continue to play with him. Vada came to TCWR in a lot of pain. He had to have multiple procedures to fix the damage, but he spent the remainder of his life living an uncomfortable life due to his owner’s desire to make him ‘safe.’

Video- A Lion Roams the Streets of the Al-Sabahiya Area in Kuwait and Causes Terror | Dearborn.Org. 2 Jan. 2022, https://dearborn.org/601019/video-a-lion-roams-the-streets-of-the-al-sabahiya-area-in-kuwait-and-causes-terror/.