Are you in line for a windfall inheritance because you share your surname with a dead person? 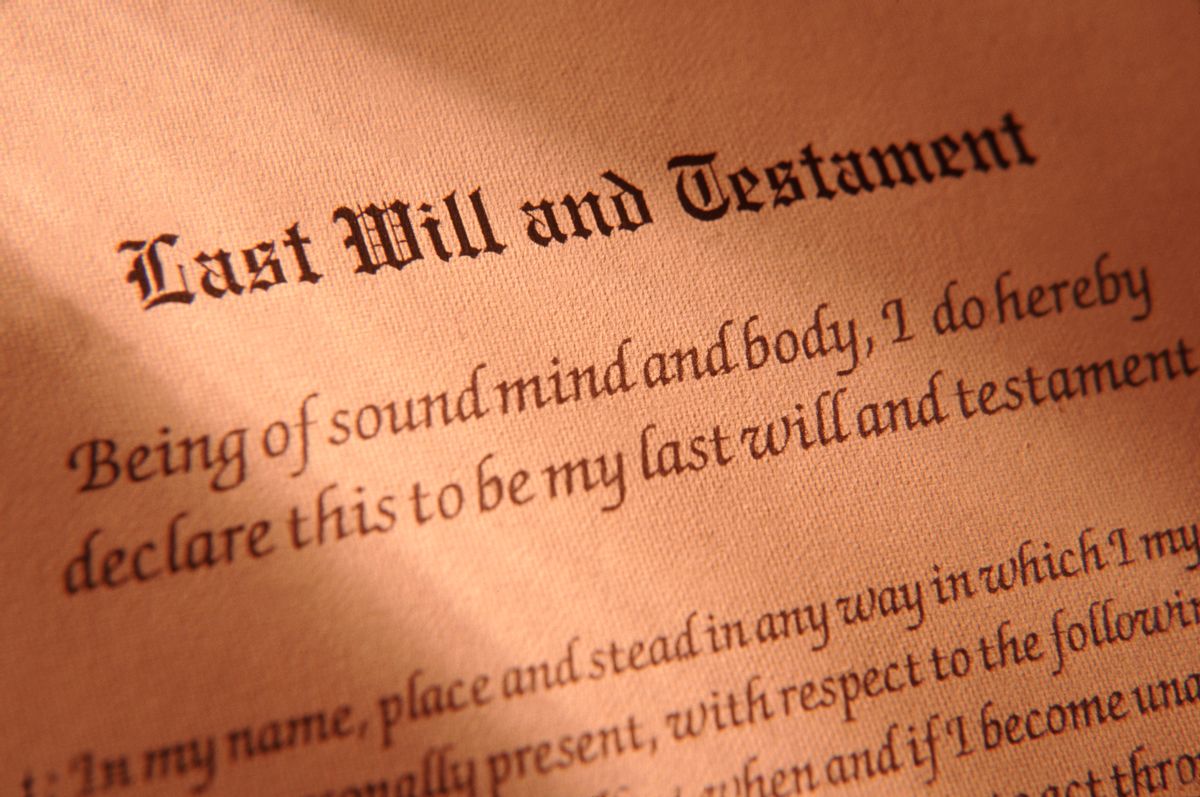 Claim:
Because you share your surname with a wealthy dead guy, you're in line for a windfall inheritance.
Rating:

We all dream of rich relatives kicking the bucket and leaving us their fortunes, which is why this "unexpected inheritance" scam works as well as it does.

My name is Becky J. Harding, I am a senior partner in the firm of Midland Consulting Limited: Private Investigators and Security Consultants. We are conducting a standard process investigation on behalf of HSBC, the International Banking Conglomerate.

This investigation involves a client who shares the same surname with you and also the circumstances surrounding investments made by this client at HSBC Republic, the Private Banking arm of HSBC. The HSBC Private Banking client died in testate and nominated no successor in title over the investments made with the bank. The essence of this communication with you is to request you provide us information/comments on any or all of the four issues:

1-Are you aware of any relative/relation who shares your same name whose last known contact address was Brussels Belgium?
2-Are you aware of any investment of considerable value made by such a person at the Private Banking Division of HSBC Bank PLC?
3-Born on the 1st of october 1941
4-Can you establish beyond reasonable doubt your eligibility to assume status of successor in title to the deceased?

It is pertinent that you inform us ASAP whether or not you are familiar with this personality that we may put an end to this communication with you and our inquiries surrounding this personality.

You must appreciate that we are constrained from providing you with more detailed information at this point. Please respond to this mail as soon as possible to afford us the opportunity to close this investigation.

Thank you for accommodating our enquiry.

Imagine being transformed overnight from office drudge to a member of the jet set — it's the stuff of daydreams! (or at least the impetus to buy lottery tickets). Because this urge for the big "something for nothing" runs so deep in us, it makes us vulnerable to the machinations of con men, which is what these e-mailed come-ons are about.This scam has been part of the grifters' bag of tricks for many a year. It was only a matter of time before it began showing up on the Internet, where those who make their livings by defrauding others have an even easier time vending their cons to the unwary.

Though the text quoted above as our example is one of the more common forms this sort of come-on takes in the wilds of cyberspace, the scam can be dressed out any number of ways. How it is worded is far less important than its thrust — its "hook" that you might be entitled to an inheritance you had no reason to expect was coming your way. Although the names change from e-mail to e-mail, the scam itself is immutable: potential victims receive notification they share the surname of a recently deceased person who failed to leave a will.  This notification purportedly comes from a representative of a firm of "Private Investigators and Security Consultants," with said representative stating he or she is "conducting a standard process investigation on behalf of [name of large financial entity, such as Barclays or HSBC]." Recipients of those e-mails are then asked three or four questions along the lines of the following:

How the about-to-be-scammed answer the questions is unimportant — the queries are there merely to lend a patina of legitimacy to the inquiry. Regardless of whether potential victims respond with the news that none of their relatives have been to Brussels or whether they claim great-uncles whom the family subsequently lost track of after they settled there, the game is now afoot. In either case, they will be assured there is a very real chance significant inheritances are about to come their way, provided one small insignificant detail is first taken care of: payment of a fee to advance the matter.

Similar to the Nigerian Scam and the foreign lottery fraud, the promise of untold wealth is used to distract the overly trusting away from the sorry fact that they are being asked to send money. In all three cases, the con works the same way: after being mesmerized by the vision of riches to come, those being taken advantage of are required to open their wallets and whip out their checkbooks to bring about the happy event.

There is no dead Uncle Fred, no rich deceased Reese. It's all a lie told to part you from your cash.

So far we've seen versions of this scam emanating from supposed private investigating firms named Cappa Consultants, Midland Consulting Limited, and De Rosenberg Consulting, but the names the fraud artists choose to adopt for the purpose of parting the unwary from their money are unimportant; it's all a con. The names of genuine banking concerns (such as HSBC and Barclays) are dragged into the fray willy-nilly by the ill-intentioned to make the matter look more credible, but these real entities have nothing to do with the con. Indeed, as one official at HSBC responded to a query about these supposed windfall inheritances:

It has come to our attention that a variation on an email is being circulated that has no connection to HSBC Republic.

The email claims that HSBC Republic has employed investigators to contact the family of a deceased client who died intestate. To our knowledge such claims have no validity and we strongly recommend that recipients of such emails do not respond to the sender.

In another form of the scam, folks are contacted through regular mail by "estate locators" who say those receiving their notices are named beneficiaries of unclaimed family inheritances. Recipients are lured into mailing fees for estate reports, which will supposedly explain where their inheritances are located and how they can be claimed. These "estate locators" may also offer to process claims against these estates for a fee.

It does occasionally happen someone so contacted does eventually find he or she has a right to claim against the estate of a distant relative who died without leaving a will. But in those cases, the amount garnered generally proves not to have been worth going after (indeed, often less than what was paid to the "locator" for the information).

Estates do hire actual "heir locators" to find missing beneficiaries, but those so engaged are paid by the estate, not by the folks they find. There are also heir locators who freelance on a contingency basis, entering into agreements with those they connect with their rightful inheritances for percentages of sums so recovered. While this might sound like the scam being described above it's not — these legitimate heir locators receive payment only after estates are settled and heirs so found have received their bequests.

Ergo, if a "locator" is asking you to pay up front, it's a scam.

Those still clinging to the hope that there might still be something to their pie-in-the-sky e-mail, that hints at a life of luxury are just in the offing, should pause to consider that professionals in the process of contacting legitimate heirs do so through recognizable law firms, with the contact coming in the form of an actual letter (as opposed to an e-mail) on that firm's letterhead.

We find it somewhat amusing that "intestate" (meaning to die without leaving a will) is so often mis-rendered in the e-mails distributed by the defrauders: it either comes out as "in testate" or as "interstate" (which we presume means to die between two highways).

What You Can Do: